With the 24-hour news cycle, the ease of sharing and spreading information via social media, and the increasing democratization of publishing tools, journalists and media consumers alike face a growing dilemma: fake news. 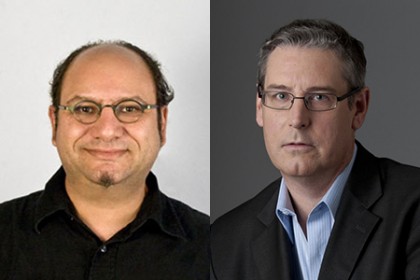 In a webinar discussion Tuesday, NPR broadcaster Jack Speer and digital and social media strategist Alan Rosenblatt outlined the growing threat posed by fake news and discussed ways both journalists and the public can combat the phenomenon.

The event, sponsored by the Master of Arts in Communication program at Johns Hopkins University's Krieger School of Arts & Sciences, brought together an audience of students and journalists from across the country.

The first step in combating fake news, the presenters said, is to understand what it is.

"Fake news is to me something that is patently untrue," said Speer, who is an adjunct professor in JHU's Carey Business School in the areas of crisis communications and media convergence. "It is spread more now via the Internet than in the past, but also at times it's spread by the 'traditional' kind of press. There have been talk show hosts who have spread some incendiary kinds of things that have turned out to be not true, so there are ... degrees of fake news."

Inside the Macedonian fake-news complex

Sean Hannity, a murder and why fake news endures

This means, he said, that media consumers should be skeptical of accusations made against major media outlets when they make mistakes in their reporting.

"We are seeing, for example, in this case President Trump using mistakes to accuse news outlets that criticize him as fake news, but those are not examples of fake news," he said.

There are ways for the public to stop false news stories from circulating, Speer and Rosenblatt said. The key is in adopting media literacy strategies.

"You want to look at the source—where are you getting your news from? Are you getting your news from a credible media outlet?" Speer said. "As a consumer, you have to be somewhat skeptical about why this [information] is out there. Clickbait is pretty obvious: you click on something and buy something. Fake news has a somewhat different directive."

It is also important to understand how corroboration works, said Rosenblatt.

"You have to be able to identify that it is indeed a story that's being covered by multiple outlets, that they're not all reprinting the same story or paraphrasing the same press release," he said.

He added that it can be difficult to discern when two separate news organizations corroborate reporting because media outlets with different names and titles might be owned by the same parent company with the same mission, or entertainment news and commentary might masquerade as journalism.

But the onus for combating fake news does not rest solely on the readers, the presenters noted. Journalists must adhere more strictly than ever to industry ethics, said Rosenblatt, an effort that includes making disclosures about conflicts of interest, biases, or underlying political or social values in their reporting.

Speer noted that rather than shrink away from conflict, journalists must continue to push to report on difficult stories, despite the dangers or backlash against them.

"Journalists are not the most popular people at the moment," he said. "The fact that some barriers in terms of civility seem to have come down is also making it harder and more dangerous to be a journalist. ... My primary duty is to inform. My primary duty as a journalist is to speak truth to power, to ask questions of politicians who don't want to answer those questions—to try in any way I can to get them to commit to answering questions that people in a free society need the answers to." 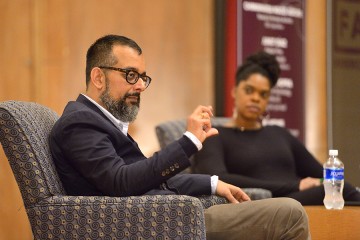 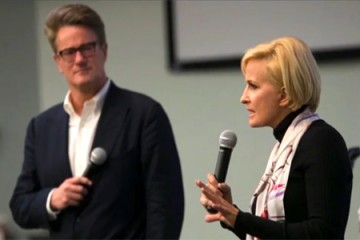 Cable news in the age of Trump