Historian and storyteller: Taylor Branch has never shied away from important topics

"I remained fearfully oblivious to race until the relentless freedom movement redirected my entire life's interest," writes Taylor Branch, who grew up in segregated Atlanta, in the introduction to his latest book. 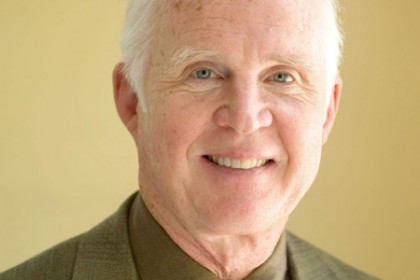 That interest has led to hundreds of magazine articles and 11 books on everything from Watergate to the hypocrisy of college sports. But Branch is best known for his 2,300-page trilogy on the civil rights era, America in the King Years. The first in the series, Parting the Waters: America in the King Years,1954–63, was a co-winner of the Pulitzer Prize for History in 1989.

Since the start of his career as a reporter for The Washington Monthly in 1970, Branch has never shied away from important stories. National Public Radio commentator Frank Deford called his cover feature on the NCAA, published in The Atlantic in 2011, "the most important article ever written about college sports." Branch turned the article into a book, The Cartel: Inside the Rise and Imminent Fall of the NCAA, which continues to fuel debate today.

In 1972, he worked for the campaign of Democratic presidential nominee George McGovern in Texas, where he shared an apartment with Bill Clinton. Years later, Branch would write The Clinton Tapes: Wrestling History with the President, a book produced from numerous tape-recorded interviews and conversations between the two, many of which occurred in the White House during Clinton's two terms in office.

In 2013, Branch returned to the subject of civil rights in The King Years: Historic Moments in the Civil Rights Movement, a book that distills his trilogy into 18 key episodes across the era. The Wall Street Journal called it the "most complex and unsentimental version of King and his times yet produced."