Appearing before the Supreme Court in March last year, Roberta A. Kaplan laid out her argument as bluntly as she could: "No one has identified any legitimate difference between gay couples and straight married couples that can possibly explain the sweeping undifferentiated and categorical discrimination of DOMA." 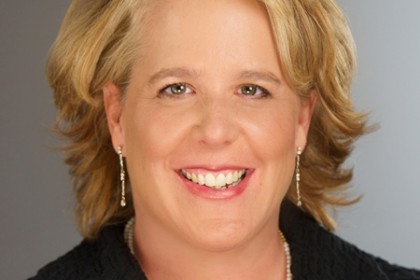 Three months later, in a 5-4 decision, the justices agreed. The court's ruling in United States vs. Windsor overturned section 3 of the Defense of Marriage Act, which had excluded gay couples from more than 1,100 federal provisions, such as filing taxes jointly, claiming Social Security survivor benefits, and—in the case of Kaplan's client, Edith Windsor—claiming the federal estate tax exemption for surviving spouses.

When she agreed to represent Windsor pro bono in 2009, Kaplan, a partner in the litigation department of Paul, Weiss LLP in New York, was taking one of the biggest risks of her career. Windsor was suing the U.S. government for a refund of estate taxes she had been forced to pay upon the death of her spouse, Thea Spyer, whom she had legally married in Canada.

"The mainstream gay rights establishment did not think this was the right case to bring [to trial]," said Kaplan in an interview last year. "My gut and instincts and everything I had learned as a lawyer for 20 years taught me that it absolutely was."

After several years of appeals, the U.S. Supreme Court agreed to hear the case, which has been recognized as one of the most significant civil rights cases of our time. At the time of Windsor's first trial, only nine states permitted gay couples to marry. Now 17 states do—with more on the way.

"There are still times I wake up and pinch myself," said Kaplan. "Is this really what I did?"