Like seemingly so many technology companies, Google started in a garage—Susan Wojcicki's garage, to be exact. 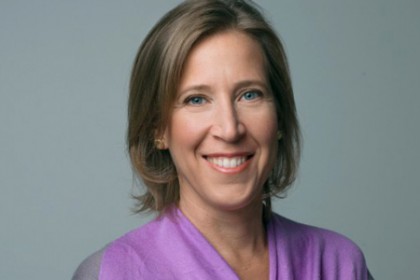 In 1998, Wojcicki rented her Menlo Park, Calif., carport as office space to two Stanford graduates, Larry Page and Sergey Brin, who were starting a search engine company with an unusual sounding name. "They wrote me a little security deposit—it must have been on one of the first Google checks—and they moved in the next day," Wojcicki recalled in an interview for Makers.com.

After the company outgrew the space, Brin and Page hired their former landlord as the company's 16th employee and first marketing exec. "They wanted to build a global brand and we had no budget and there was just me," said Wojcicki.

But the Harvard grad, who had also earned a masters in economics from U.C. Santa Cruz and an MBA from UCLA, had the idea of allowing other websites to embed Google search boxes on their own pages, thereby giving the fledging company a huge boost in exposure—for free.

With Google becoming the ubiquitous search engine, Wojcicki went on to lead the initial development of Google Images and Google Books and, as head of advertising, oversaw the design and engineering of all of Google's advertising products, which last year accounted for nearly 90 percent of revenue, prompting Forbes magazine to call her "the most powerful woman in advertising."

She was also an early champion of online video and, in 2006, was instrumental in the $1.6 billion acquisition of the video-sharing website YouTube. In February, she was tapped as the company's CEO, overseeing content, business operations, and product development. "Excited to join YouTube," Wojcicki tweeted after her new position was announced. "I look forward to watching a lot more videos at work!"