Unlike the novel coronavirus, which has been shown to mutate slowly, strains of influenza virus have acquired a mutation that blocks antibodies from binding to a key viral protein, making vaccine development more complex 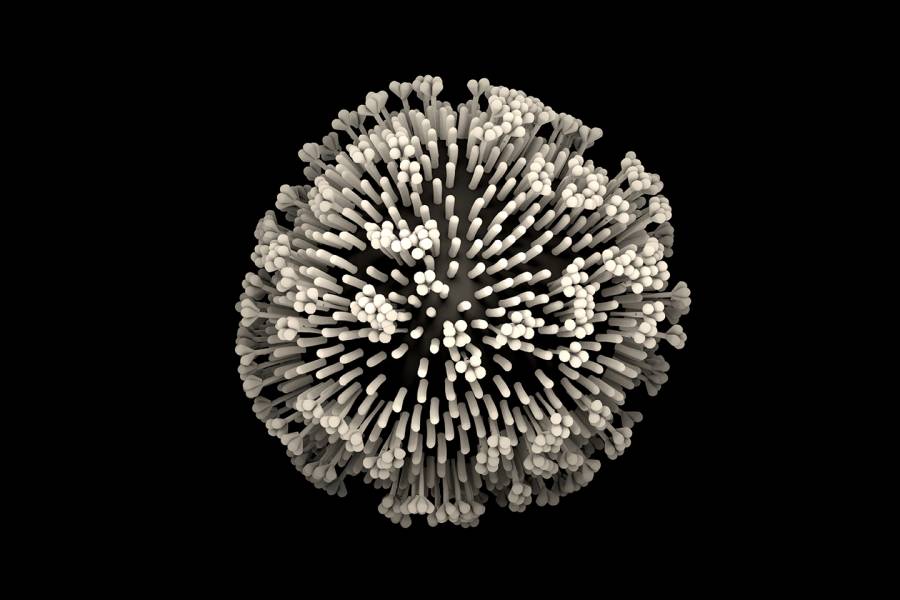 Unlike the novel coronavirus, which has been shown to mutate very slowly, strains of a common subtype of influenza virus have almost universally acquired a mutation that effectively blocks antibodies from binding to a key viral protein, according to a study from researchers at Johns Hopkins Bloomberg School of Public Health.

The results have implications for flu vaccine design, according to the researchers. Current flu vaccines, which are "seasonal vaccines" designed to protect against recently circulating flu strains, induce antibody responses mostly against a different viral protein called hemagglutinin.

The new mutation, described in the study published online in PLoS Pathogens, was first detected in the 2014–2015 flu season in some H3N2 flu strains, and evidently is so good at boosting flu's ability to spread that it is now present in virtually all circulating H3N2 strains. Recent flu seasons, in which H3N2 strains have featured prominently, have been relatively severe compared to historical averages.

The mutation alters a viral protein called neuraminidase, and the researchers found in their study that this alteration paradoxically reduces the ability of flu virus to replicate in a type of human nasal cell that it normally infects. However, the researchers also found evidence that the mutation more than compensates for this deficit by setting up a physical barrier that hinders antibodies from binding to neuraminidase.

"These findings tell us that flu vaccines focusing on the hemagglutinin protein are leaving the virus openings to evolve and evade other types of immunity," says study senior author Andrew Pekosz professor and vice chair of the Department of Molecular Microbiology and Immunology at the Bloomberg School.

The diversity of flu strains and their ability to mutate rapidly—two strains infecting the same host can even swap genes—have made flu viruses an especially difficult target for vaccine designers.

Every year, influenza viruses sicken millions of people around the world, killing several hundred thousands. The diversity of flu strains and their ability to mutate rapidly—two strains infecting the same host can even swap genes—have made flu viruses an especially difficult target for vaccine designers. Although scientists are working towards a universal vaccine that will protect long-term against most flu variants, current flu vaccines are designed to protect against only a short list of recently circulating strains. Any mutation that occurs in these circulating strains and appears to improve their ability to spread is naturally of interest to flu virologists.

The goal of the study was to understand better the workings of the new H3N2 mutation. Scientists have known that it alters the flu virus's neuraminidase protein in a way that provides an attachment point, close to neuraminidase's active site, for a sugar-like molecule called a glycan. But how the presence of a glycan at that location on the neuraminidase protein improves the virus's ability to infect hosts and spread hasn't been clear.

Pekosz and first author Harrison Powell, a graduate student in his laboratory at the time of the study, compared the growth, in laboratory cells, of typical H3N2 strains that have the glycan-attachment mutation to the growth of the same flu strains without the mutation. They found that the mutant versions grew markedly more slowly in human cells from the lining of the nasal passages—a cell type that a flu virus would initially infect.

The researchers found the likely reason for this slower growth: the glycan-attracting mutation hinders the activity of neuraminidase. The protein is known to serve as a crucial flu enzyme whose functions include clearing a path for the virus through airway mucus, and enhancing the release of new virus particles from infected cells.

It wasn't entirely unexpected that the addition of a moderately bulky glycan molecule near the enzyme's active site would have this effect. But it left unexplained how that would benefit the virus.

The scientists solved the mystery by showing that the glycan blocks antibodies that would otherwise bind to or near the active site of the neuraminidase enzyme.

Neuraminidase, especially its active site, is considered one of the most important targets for the immune response to a flu infection. It is also the target of flu drugs such as Tamiflu (oseltamivir). Thus it makes sense that a mutation protecting that target confers a net benefit to the virus, even if it means that the neuraminidase enzyme itself works less efficiently.

The finding highlights the potential for flu viruses to evade therapies, seasonal vaccines, and the ordinary immune response, Pekosz says, and points to the need for targeting multiple sites on the virus to reduce the chance that single mutations can confer such resistance.

The researchers have been following up their findings with studies of how the new mutation affects the severity of flu, how it has spread so rapidly among H3N2 strains, and how these altered flu strains have adapted with further mutations. 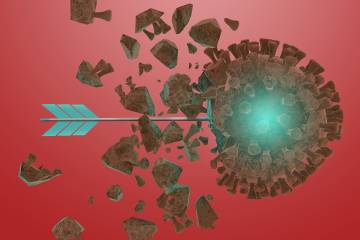 Published June 10, 2020
Johns Hopkins scientists studying the virus that causes COVID-19 say the pathogen has few variations, a promising observation that boosts the chances of developing an effective vaccine 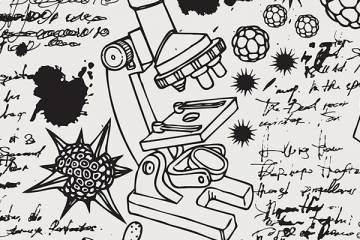