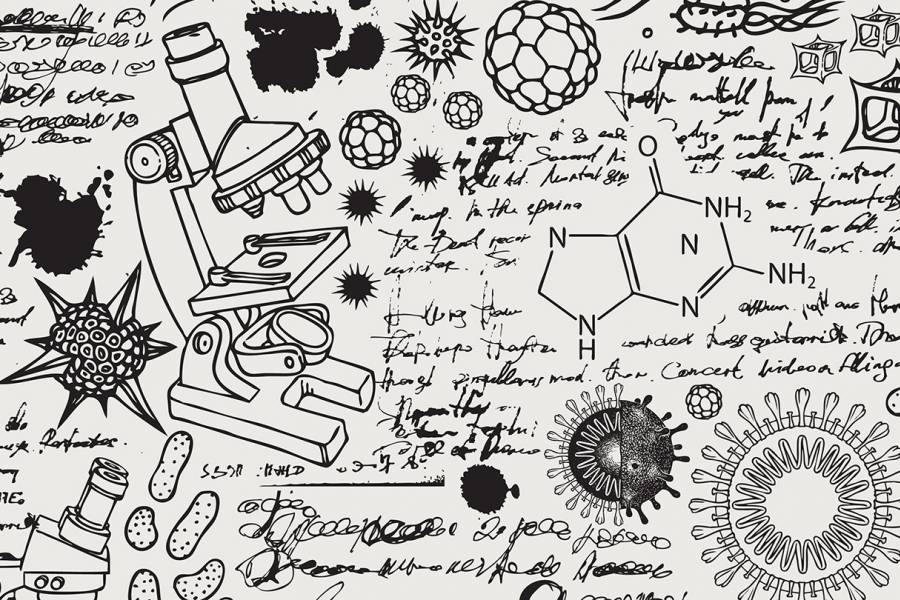 A Johns Hopkins biophysicist is helping lead a study that may hold the key to stopping not only SARS-CoV-2, the virus that causes COVID-19, but perhaps many other harmful viruses that infect humans.

Stephen Fried, an assistant professor in the Department of Chemistry at the Krieger School of Arts and Sciences, and co-investigators from Arizona State University and Stony Brook University, have received a $150,000 grant from the Research Corporation for Science Advancement to study SARS-CoV-2 and a specific part of its RNA called a slippery sequence. Their work, if successful, could not only lead to new drugs that stop SARS-CoV-2 from replicating in humans but could also pave the way for a new family of antiviral drugs effective against SARS, MERS, Zika, and other deadly viruses.

Although medical professionals and pharmaceutical companies are playing critical roles in helping the world through this pandemic, Fried says, new ways to prevent, diagnose, and treat the disease will only emerge from understanding the basic science behind it.

All cells require proteins to perform their functions. For human cells to create proteins, the DNA converts a gene into a strand of RNA—think of it as a protein purchase order—which is then sent to the ribosomes, the manufacturers of the cell. These ribosomes are designed to always read the full RNA strand and create the requested proteins, fulfilling the entire purchase order, so to speak.

Coronaviruses, including SARS-CoV-2, are RNA viruses, meaning they contain no DNA. It's part of what makes them so efficient at infecting humans, Fried says. Once the coronavirus penetrates the human cell with its RNA, the ribosomes begin quickly producing virus proteins. But that reliance on RNA might also be the pathogen's Achilles' heel.

"If your genome is made out of DNA, you control your cells by basically only converting genes to RNA when you want certain proteins; and if you don't want them, you just don't convert the gene to RNA," Fried says. "It's like a complicated on-off switchboard. But if you're a coronavirus, you can't do that because your entire genetic code is in one long piece of RNA. By default, every gene is on, so every protein would be produced in equal amount."

Genetically, having all genes "on" is bad for coronaviruses, because they don't need equal amounts of all their proteins to function. Think of it as one gigantic purchase order with every protein ever needed in the virus's life cycle produced at once—that would be chaotic and inefficient, Fried says. To survive and thrive, the virus must find a way to force the host cell's ribosomes to stop reading its RNA and producing proteins from time to time. To do this, it includes in its RNA strand what's called a slippery sequence. About 90% of the time, when the human ribosome encounters that slippery sequence, it stops reading and halts protein production. The remaining 10% of the time, the ribosome slips through, reading the entire RNA strand and producing the remaining proteins.

Once the coronavirus penetrates the human cell with its RNA, the ribosomes begin quickly producing virus proteins. But that reliance on RNA might also be the pathogen's Achilles' heel.

In the case of a single ribosome, the slippery sequence will most likely halt protein production. But there are as many as 10 million ribosomes in a mammalian cell. At that scale, the virus can ensure that at least some of the time, the full RNA strand is read and all the necessary proteins are produced, and—most importantly—in the correct amount for the virus to thrive.

"That's where our idea comes in," Fried says. "What if there were a way to basically prevent all ribosomes from slipping past that slippery sequence? It would be game over for the virus because replicase—the enzyme that causes RNA to replicate itself—is actually located after the slippery sequence in the virus RNA strand."

Fried and his co-investigators plan to engineer a new RNA strand that can be delivered to a human cell and cause the ribosomes to halt production every time they encounter the coronavirus slippery sequence. This would prevent the virus from replicating in infected people and effectively cure them. The challenge for the team is to find the right RNA sequence that will affect how the ribosomes respond to SARS-CoV-2 without interfering with the healthy function of the human cell. Once they land on an effective RNA sequence and create a delivery molecule, they can help produce antiviral medicines.

Fried cautions that drugs take a long time to develop from concept to clinic, so chances are low that this idea would be able to make an immediate impact on the current pandemic. However, the strategy could help transform the design of antivirals, which usually attack the virus itself by binding to the replicase enzyme. This is how many commonly used HIV drugs like AZT work, as well as remdesivir, a molecule that has shown some promise against COVID-19. These drugs lose effectiveness, however, if the virus develops a mutation on the replicase gene that is able to resist the drug. Also, some experts caution that emerging coronaviruses might be here to stay. The next time one breaks out, Fried hopes his team's research will help make us more prepared to fight back.

"The reason we're so excited about this idea is because during this slipping of the ribosome, the virus is actually at the mercy of our cells," Fried says. "It's relying on our ribosome to slip through precisely 10% of the time. The virus can't really do anything about changing our ribosomes because they're ours. So it's basically about modifying our own ribosomes but in a way that would only hurt the coronavirus—and there wouldn't be much the virus could do about it." 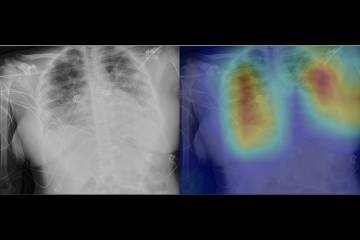 Published June 1, 2020
Despite a shortage of available chest X-rays for patients with COVID-19, the team's model correctly identified the infection 89% of the time 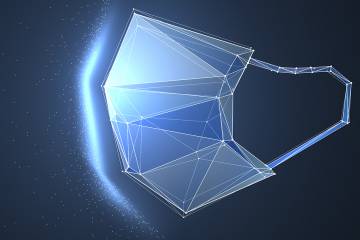 The ill winds of COVID-19

Published May 11, 2020
A group of Johns Hopkins mechanical engineers believes fluid dynamics can tell us a great deal about the COVID-19 pandemic—and how people can protect themselves when the country reopens