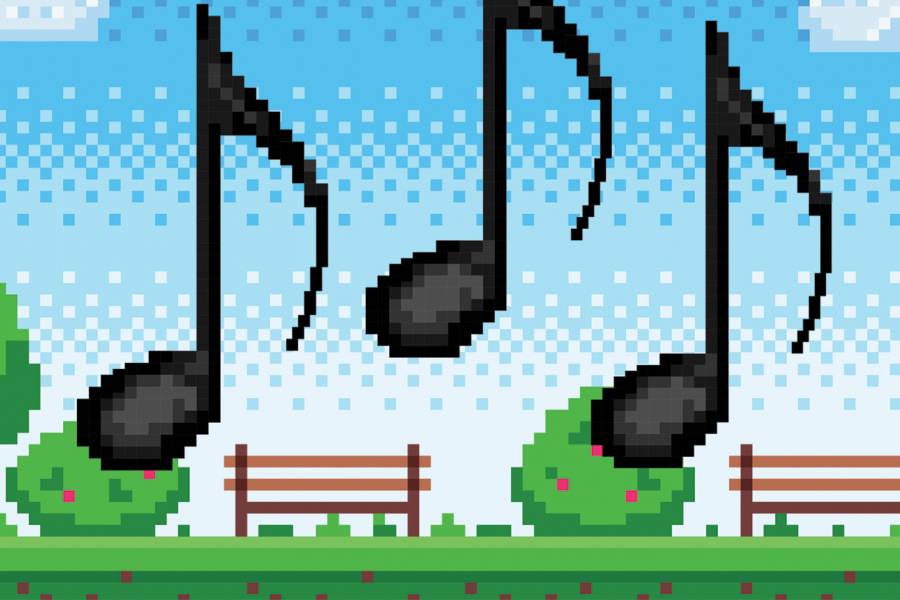 Music appreciation: A# to Zelda

During Intersession, students immerse themselves in the world of video game music, its composition, and its lasting cultural impact

There are layers of nerdiness to this backstory: As a teenager, Vittorio Loprinzo went hunting for sheet music to the Legend of Zelda soundtrack, specifically "Song of the Storms," which he wanted to learn to play on his accordion.

He landed in an obscure corner of the web, joining a brigade of gamers and musicians who were working to compile a public repository of sheet music to Nintendo game soundtracks.

"I signed up for the website to request my song, and ended up sticking around to become a contributor," he says.

Today, Loprinzo is a doctoral student in applied mathematics at Johns Hopkins, and his passion for video game music remains. During Intersession, he taught a course on that topic to nearly 40 Hopkins undergrads.

Those students grew up with the game consoles of the aughts—PlayStation2, Xbox, GameCube—but Loprinzo's class traced back further into gaming history, all the way to the 8-bit era of the 1980s. At that time, Japanese composer Koji Kondo was dominating the scene, creating the memorable soundtracks to Super Mario Brothers and Zelda.

Loprinzo's course explored how the technology constraints of those early days—when only a finite number of sounds were available to play on primitive consoles—have influenced the genre's character over time, sometimes for intentionally nostalgic purposes.

"Those trends of the '80s stuck around, even as the technology got better," he says. 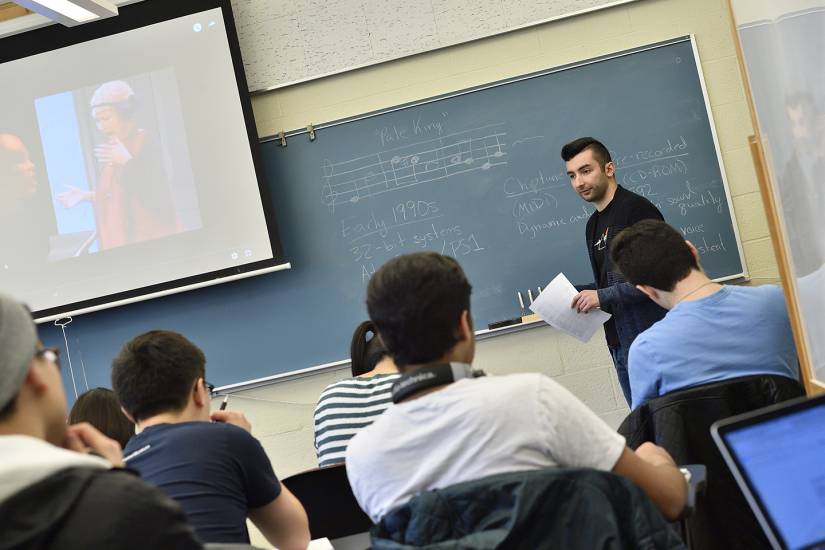 Loprinzo showed students examples of this concept in the 2015 role-playing game Undertale. A quirky electronic theme plays whenever Alphys, the scientist-dinosaur, is near.

Leitmotifs are also plentiful in Koji Kondo's works, including the lullaby associated with The Legend of Zelda's titular character, and the lilting melody its hero, Link, uses to summon his horse.

Loprinzo, who also earned his undergraduate and master's degrees at Hopkins in applied math and physics, has dabbled in musicology and conducting courses at the Peabody Institute. His Intersession course, he says, was an attempt to introduce Hopkins students to musicology "in a way that's welcoming and fun."

At several points, students played portions of games in class, like Doom and Mario Kart.

The Hopkins course also reflects the growing legitimacy of video game music as a topic of cultural influence extending beyond gaming circles.

"In the last few years, I've seen video game music discussed more and more as an academic discipline," he says—citing for instance, the respected Game Sound textbook by Karen Collins and the new Journal of Sound and Music in Video Games, the world's first peer-reviewed academic journal devoted to the topic.

"I wanted to start the conversation at Johns Hopkins," Loprinzo says. 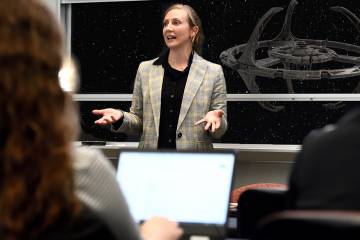 Published Jan 24, 2020
Students analyze the ways in which the 24th century tactics of the Starfleet Command provide a useful lens for understanding international relations today 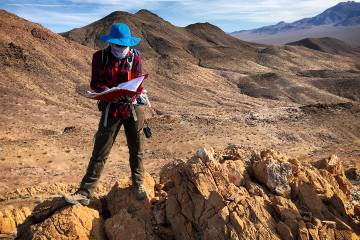 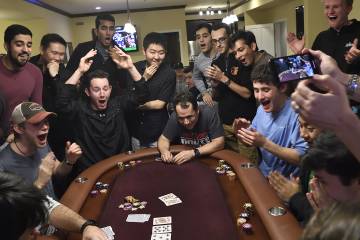 Published Jan 30, 2020
Nearly 250 students registered for the class, which had lectures focused on strategy, Machiavellian maneuvers, and how to calculate odds