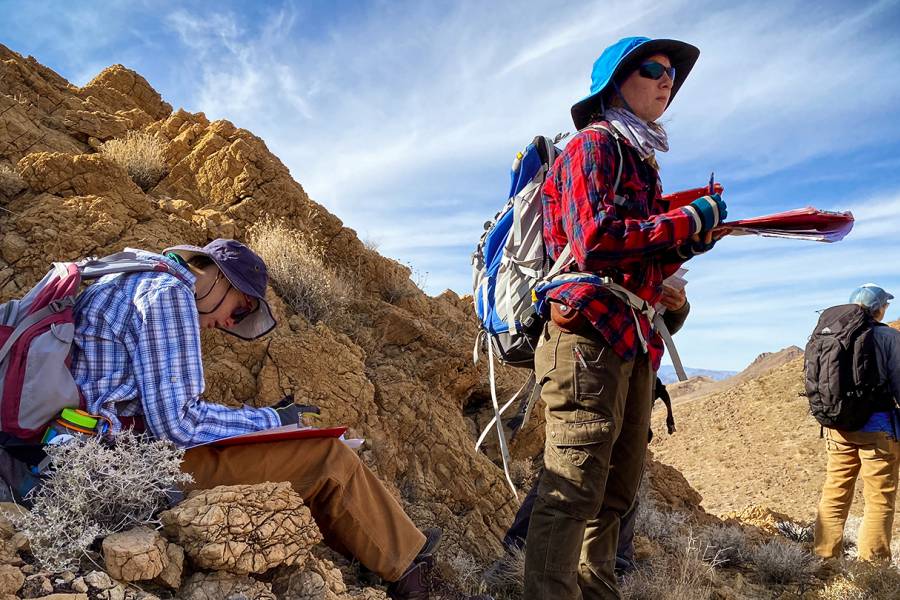 In geology fieldwork Intersession class, students hike the mountains of the Mojave Desert to record and categorize rock formations to better understand millions of years of planetary history

Across the dry, scrubby hills of the Mojave Desert, a group of Johns Hopkins scientists and students spent three weeks this month working to understand millions of years of Earth's history. Evidence of ancient ice ages, remnants of geochemical events that disturbed prehistoric oceans, and fossils of the oldest living organisms on the planet are compressed in the strata of exposed rocks—nature's record-keepers.

"The mountains surrounding us, they may not look particularly unusual or spectacular, but they record some of the most unusual periods in Earth's history," says Emmy Smith, an assistant professor in the Department of Earth and Planetary Sciences at the Krieger School of Arts and Sciences. "Surrounding us there's hundreds of millions of years of recorded time."

Led by Smith, undergraduate students in the Geological Field Studies in California Intersession class have been on a mission to survey and map land just east of Death Valley in Shoshone, California. Rough reconnaissance maps exist of the remote wilderness area, Smith says, but the goal of the Intersession course was to characterize and catalog the geological units of the region in order to build a detailed digital topographic map, which will be assembled during a companion class Smith will teach in the spring.

"[Using this data], we could produce a new geologic map that's more detailed than what's in the published literature," Smith says. "There's the potential to make discoveries and to do research as part of this class." 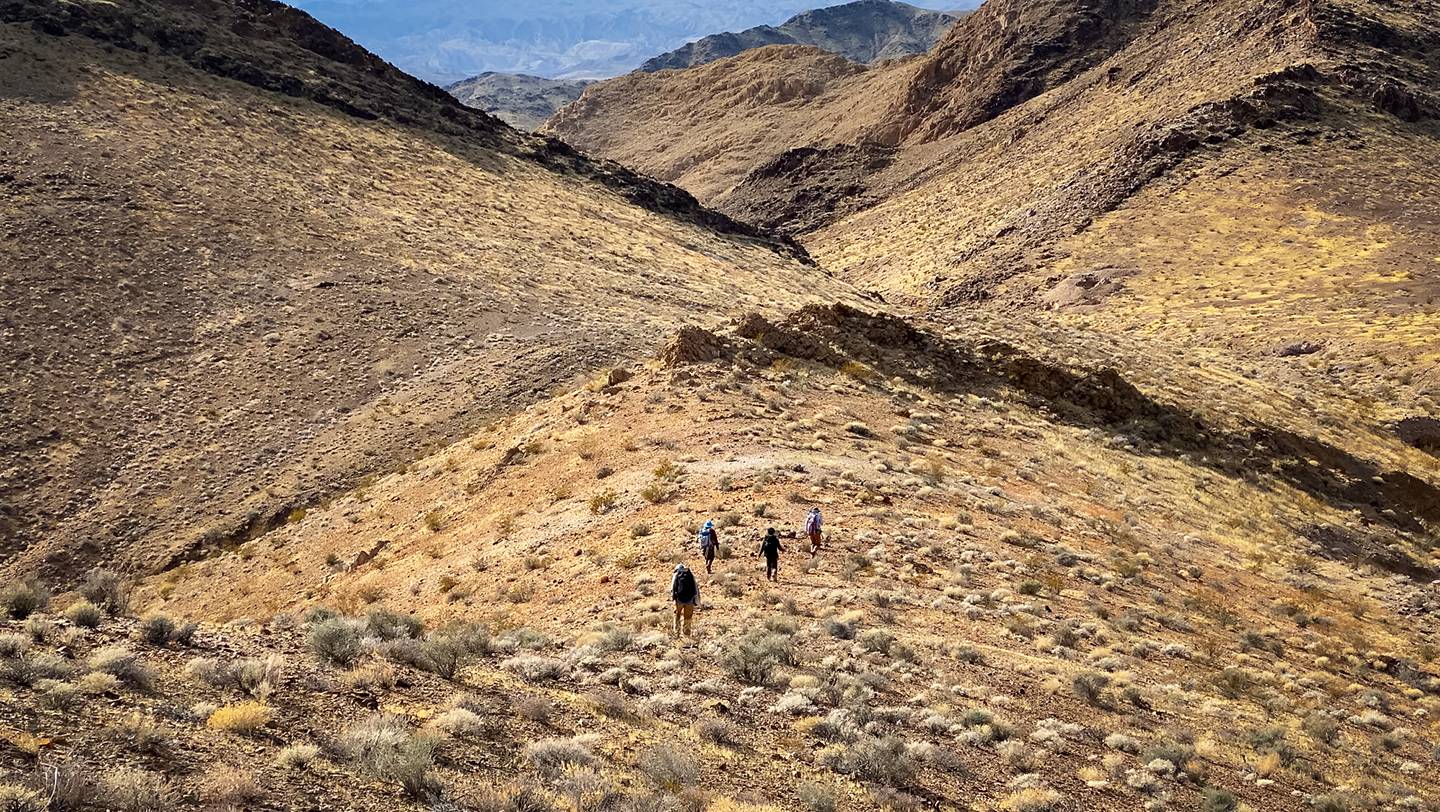 The class was co-led by Kirby Runyon, a planetary geologist at the Johns Hopkins Applied Physics Laboratory. Runyon says the geologic mapping fieldwork the students performed in the Mojave is strikingly similar to work performed by scientists in a vastly different setting: the surface of the moon.

"The United States is gearing up to send astronauts back to the moon for the first time since 1972, and we're asking questions about what they'll do when they get there," says Runyon, who received an APL Parsons Teaching Fellowship to support his teaching endeavors at the university. "One of the obvious options is lunar field geology, which will allow us to piece together the history of the moon, and by extension the Earth."

To simulate the experience of astronauts conducting fieldwork on the moon, Runyon and Smith organized a trip to the nearby Cima volcanic field, which Runyon says is an earthly analogue to the surface of the moon. There, the students took part in a simulated moonwalk and were tasked with performing their fieldwork under the same constraints as an astronaut in space. 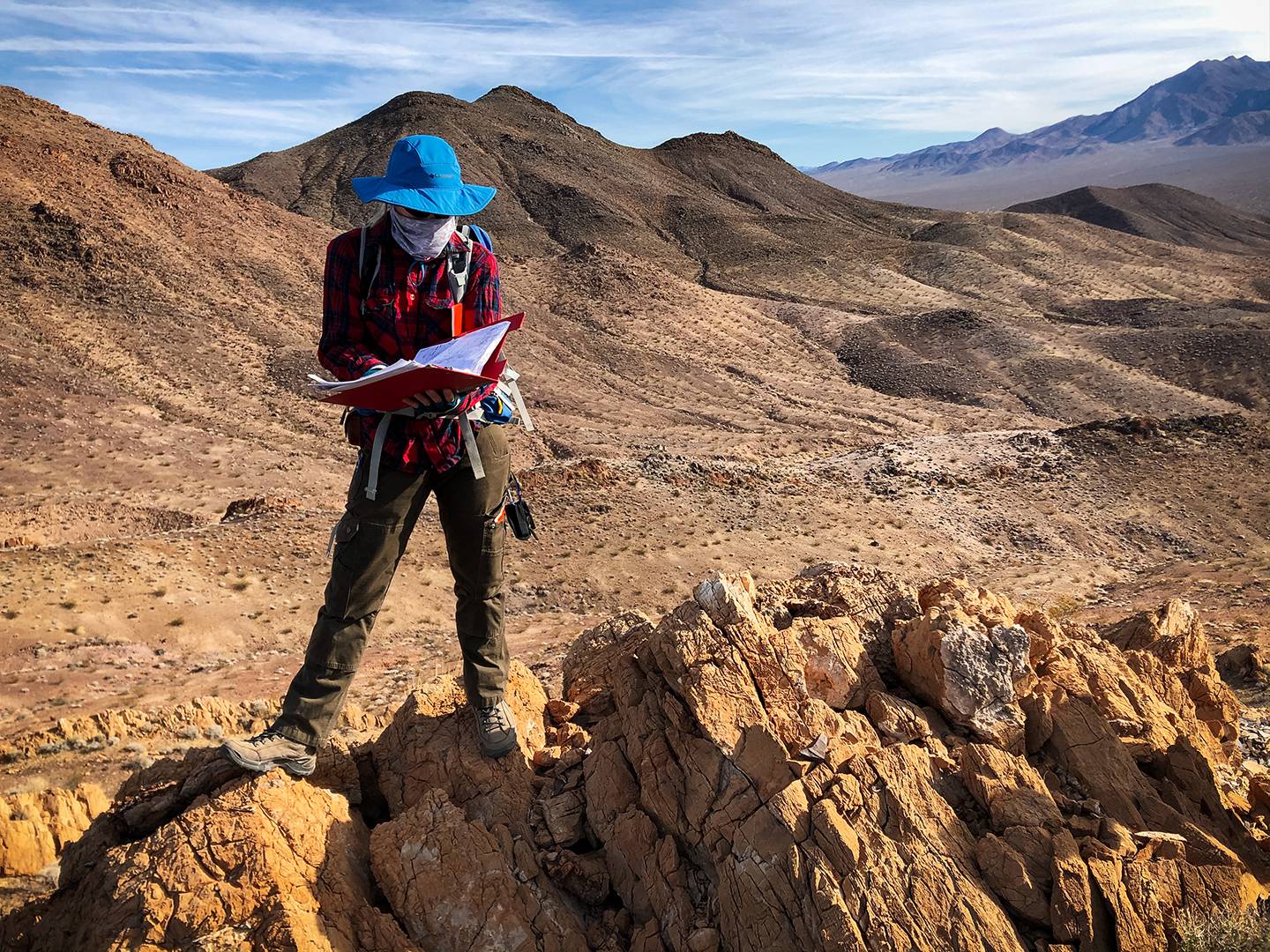 "Normally in field geology, you're mapping by hand or on an iPad, but astronauts in bulky space suits can't do that," Runyon says. "In this exercise, the students were really learning how to get an overall geology of a place and to collect specific samples that will tell the story of a region once they're tested in a laboratory."

Like Smith, Runyon believes the insights gained from field geology research are capable of revealing hidden histories of planetary bodies—and informing scientists' understanding of our own planet.

"A geologic map is sort of like a map you'd see at a mall, with stores not only laid out spatially but also by category. Colored labels indicate restaurants, menswear stores, womenswear stores, services, and so on," Runyon says. "By noting rock units and their spatial relationships, you can infer the timing of different events and, in turn, understand the environment of the region at that time. The geologist's job is to understand those spatial relationships and to forensically piece together natural history." 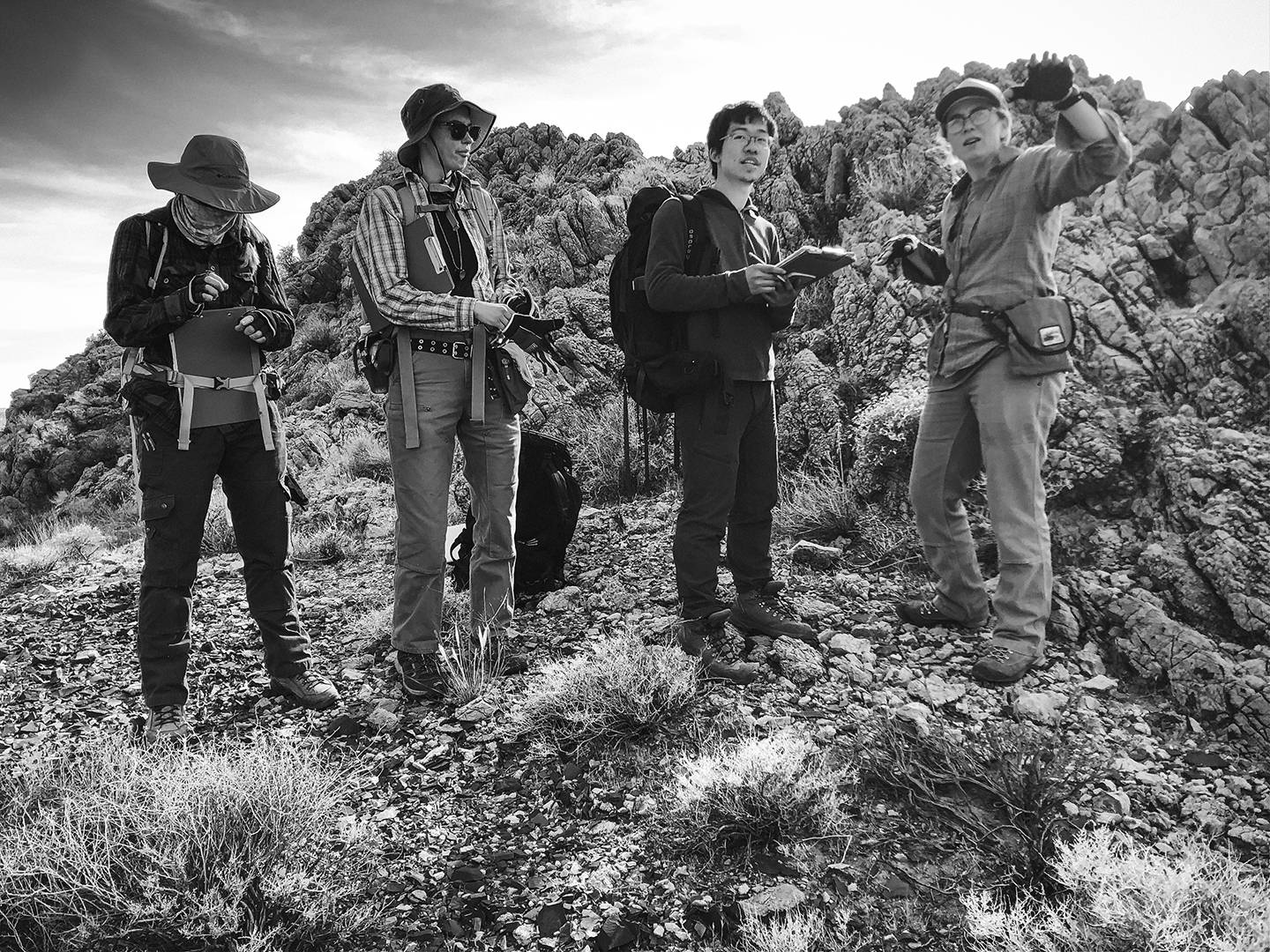 For students, the experience of fieldwork reinforces the principles they've learned in the classroom and gives them the opportunity to see the real-world application of geology research in person. Mackenzie Mills, an earth and planetary sciences major whose research focuses on the surfaces of planets in the outer solar system, saw the course as an opportunity to apply her growing expertise to more terrestrial projects.

"When I'm looking at planetary surfaces, I'm looking at remote images on a computer and doing a lot of coding," Mills says. "Field geology is way more hands-on. You're up close with these rocks, and it's a puzzle you have to figure out by going through and hiking. It's just meshing my interests together in a new way."

Mills and her map teammates, senior Cecelia Howard and first-year student Ling Jin, even made a new discovery. Located in the Johnnie oolite bed, which is made up of small spheres of rock called ooids that are encased in calcium carbonate, the team discovered a rock unit that was much larger than expected and not previously described by scientists. The unit was officially christened Johnnie Rampage, after the team's name—Rampaging Kittens or Rampaging Boy Scouts, depending on how the team is feeling at a given time, Howard says.

"We're not walking on trails here—the students are just crawling all over the mountains and deciding their own traverse for the day," Smith says. "And it's a challenge. It's a physical and mental challenge for all of us. All the students have risen to that challenge, so it's been fun to watch." 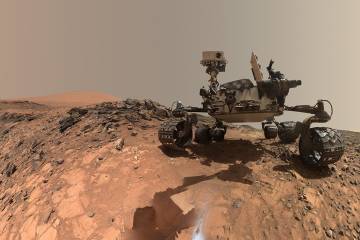 Published Jan 31, 2019
Scientists use the rover to collect the first surface gravity measurements on a planet other than Earth 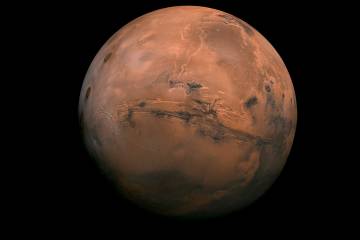 Published Winter 2018
Planetary scientists believe they've identified the origin of the powdery dust on Mars: a formation that could be the largest known volcanic deposit in the solar system / Johns Hopkins Magazine 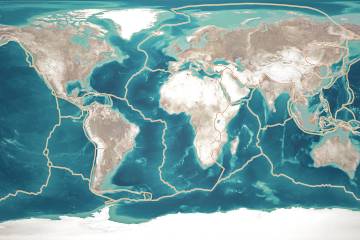