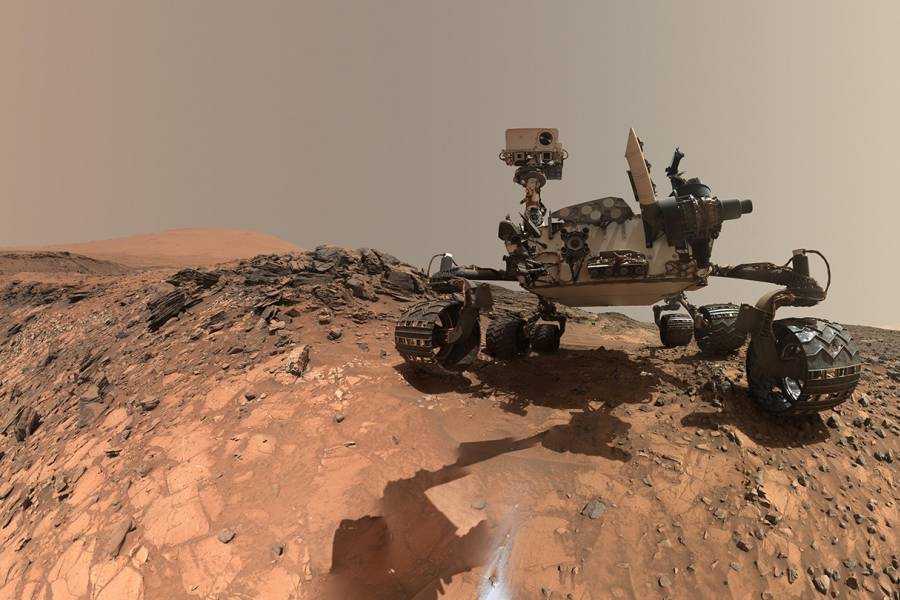 A group of researchers at Johns Hopkins University has found a new purpose for the Mars Curiosity rover, which has been ambling around the Gale Crater on Mars for nearly seven years. The team discovered a way to use the rover to gather the first surface gravity measurements on a planet other than Earth.

Details on the new measurements, based on reams of data the rover produces every day, are published today in Science.

"Curiosity, essentially, has a new science instrument six and a half years into its mission," said the lead author Kevin Lewis, an assistant professor in Johns Hopkins University's Earth and Planetary Sciences department. "This allows us to get new information about the subsurface of Mars in ways the rover was never designed to do."

Scientists can learn a lot about a planet by measuring what lies beneath the surface at a particular location. By examining variations in gravity, they can calculate the density of the underlying rock, revealing all sorts of things about its history. In addition to the overall pull of Mars' gravity, higher density rocks in the subsurface exert a slightly greater downward gravitational force than lower density rocks.

Typically, to measure gravity on Mars and other planets, researchers rely on orbiting satellites like the Mars Reconnaissance Orbiter. But because the satellites are so far away from their targets, the spatial resolution is limited. For example, one can barely make out Gale Crater in the satellite gravity data of Mars—a feature that with a 150 kilometer span.

This limitation frustrated Lewis. He decided to try calibrating the rover's engineering accelerometers to measure surface gravity as the rover climbed Mount Sharp, a 5 kilometer high mountain within the crater and the main focus of Curiosity's exploration. The rover contains a set of accelerometers for the same reason most modern smartphones have them—to determine position and navigation. As it turned out, Curiosity had already collected hundreds of measurements over much of the mission that the team could use to measure subtle changes in gravitational acceleration.

"There's all sorts of ways you can use the rover, which is essentially a big complex box of electronics. There may still be new science instruments waiting to be discovered on Curiosity."
Kevin Lewis
Assistant professor, Earth and Planetary Sciences

First, they took into account Mars' rotation to accommodate expected changes in acceleration. Next, they calibrated this raw information, accounting for the effects of temperature, the tilt of the rover, and other factors.

Lewis' group was surprised to find that Curiosity was moving over low-density rock. The CheMin instrument on the rover, which determines the mineralogy of the rock, had previously told them the minerals themselves were not low density, meaning the sedimentary rock must be highly porous.

As Curiosity ascended Mount Sharp getting farther from the center of Mars, the gravitational pull of the planet became very slightly weaker. Measurements using the rover's accelerometers showed, however, that the gravity was not falling off as fast as expected from its change in elevation. The difference between the predicted and modeled measurements, the team determined, were the result of the additional downward pull of the mass of Mount Sharp itself, allowing the researchers to estimate the density of the rocks beneath the rover.

When sediments are first deposited by geologic processes, they typically contain lots of empty space. As they are buried to deeper depths over time, sediments become more compacted, increasing their density.

Scientists have previously suggested that the Gale Crater may have been completely filled in with sedimentary rock, and over time Mount Sharp was carved out of these layered sediments by erosion. However, the low subsurface density Lewis' team found along Curiosity's traverse at the base of Mount Sharp suggests that it was never buried very deeply and that the layers of Mount Sharp never completely filled the crater. One explanation is that the upper layers of the mountain formed by wind-driven processes rather than in a lake.

Going forward, there might be even more coming from Curiosity and its newest instrument.

"There's all sorts of ways you can use the rover, which is essentially a big complex box of electronics," Lewis said. "There may still be new science instruments waiting to be discovered on Curiosity." 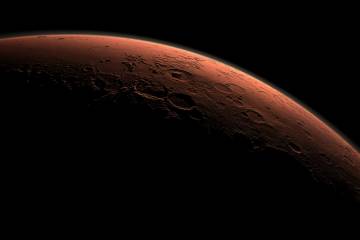 Published July 31, 2018
New study suggests much of the dust on the surface of Mars comes from a single geological formation