Mission scientists release new, more detailed images of Ultima Thule that shed light on the processes that built the planets billions of years ago 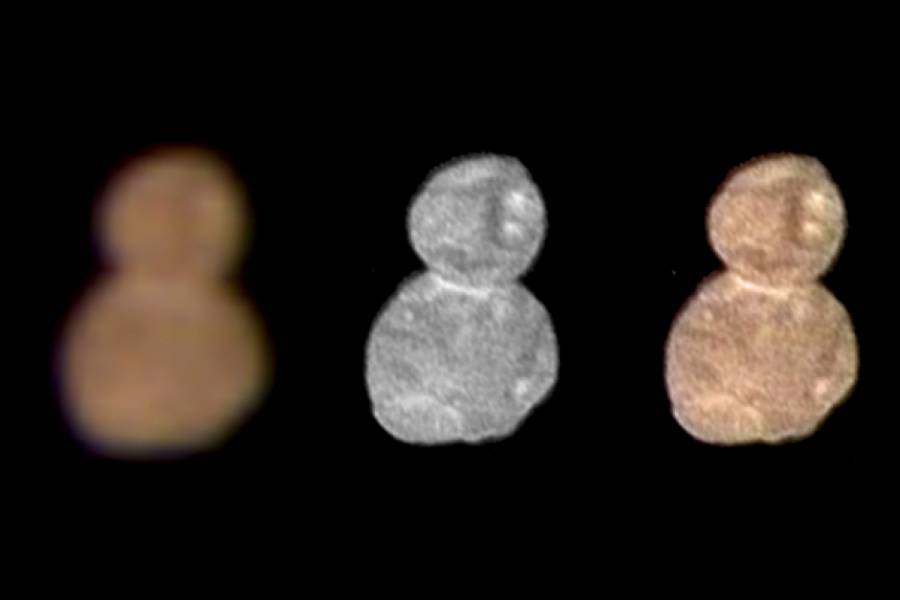 Image caption: A composite of the first color image of Ultima Thule, taken at a distance of 85,000 miles.

Scientists from NASA's New Horizons mission released the first detailed images of the most distant object ever explored—the Kuiper Belt object nicknamed Ultima Thule. Its remarkable appearance, unlike anything scientists have seen before, illuminates the processes that built the planets four and a half billion years ago.

"This flyby is a historic achievement," said New Horizons principal investigator Alan Stern, of the Southwest Research Institute in Boulder, Colorado. "Never before has any spacecraft team tracked down such a small body at such high speed so far away in the abyss of space. New Horizons has set a new bar for state-of-the-art spacecraft navigation." 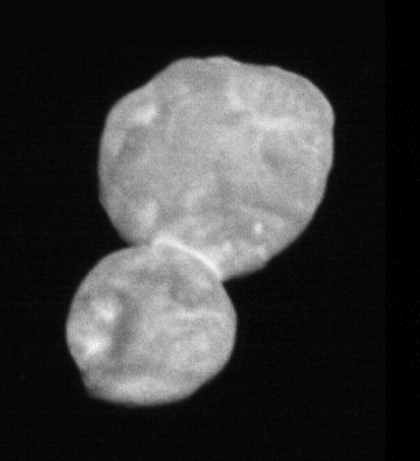 Image caption: This image, taken by the Long-Range Reconnaissance Imager, is the most detailed of Ultima Thule returned so far by the New Horizons spacecraft.

The team says that the two spheres likely joined as early as 99 percent of the way back to the formation of the solar system, colliding no faster than two cars in a fender-bender.

"New Horizons is like a time machine, taking us back to the birth of the solar system. We are seeing a physical representation of the beginning of planetary formation, frozen in time," said Jeff Moore, New Horizons Geology and Geophysics team lead. "Studying Ultima Thule is helping us understand how planets form—both those in our own solar system and those orbiting other stars in our galaxy."

Data from the spacecraft's New Year's Day flyby will continue to arrive over the next weeks and months, with much higher resolution images yet to come.

The spacecraft was designed and built at the Johns Hopkins Applied Physics Laboratory in Laurel, Maryland, where it is operated and managed for NASA's Science Mission Directorate. 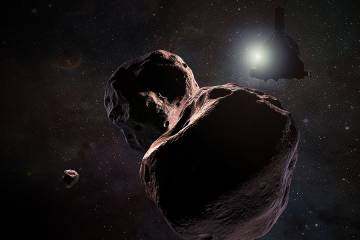 Published Jan 1, 2019
NASA spacecraft launched in 2006 sends back images of most distant target in history