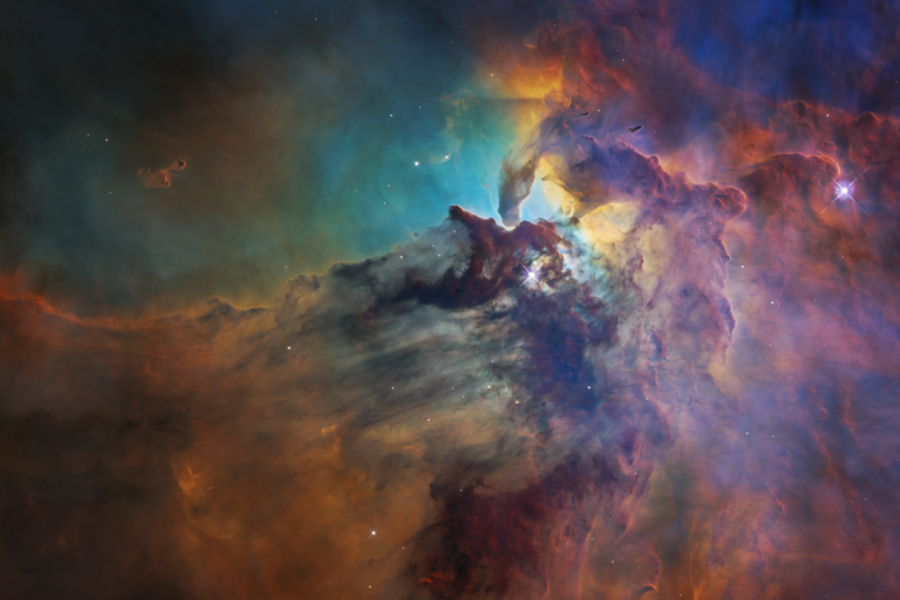 Image caption: A young star 200,000 times brighter than the Sun blasts powerful ultraviolet radiation and hurricane-like stellar winds across the heart of the Lagoon Nebula, carving out a fantasy landscape of ridges, cavities, and mountains of gas and dust

By Ann Jenkins and Ray Villard

With the combined power of two space telescopes, astronomers have made the most precise measurement to date of the Hubble Constant, the rate at which the universe is expanding.

But the results provide further evidence of the discrepancy between the measured expansion rate and the predicted expansion rate, implying that there could be new physics underlying the foundations of the universe.

"The tension seems to have grown into a full-blown incompatibility between our views of the early- and late-time universe," said Adam Riess, a Nobel laureate and Johns Hopkins Bloomberg Distinguished Professor who leads a team of researchers measuring the Hubble Constant by studying structures in the nearby universe. "At this point, clearly it's not simply some gross error in any one measurement. It's as though you predicted how tall a child would become from a growth chart and then found the adult he or she became greatly exceeded the prediction. We are very perplexed."

Possible explanations for the discrepancy include the presence of dark matter, dark energy being even more exotic than previously thought, or the existence of an unknown new particle in the tapestry of space.

Combining observations from NASA's Hubble Space Telescope and the European Space Agency's Gaia space observatory, Riess and his team refined the previous value for the Hubble Constant using the cosmic "distance ladder," which is a series of interlinked measuring techniques that allow astronomers to gauge distances across billions of light-years. Galaxies appear to recede from Earth proportional to their distances, meaning that the farther away they are, the faster they appear to be moving away as a consequence of expanding space. By measuring the stretching of light from nearby galaxies to determine distance and measuring the apparent outward velocity at each distance, they calculate the Hubble Constant to be 73.5 kilometers (45.6 miles) per second per megaparsec—meaning that for every 3.3 million light-years farther away a galaxy is from us, it appears to be moving 73.5 kilometers per second faster. Their mathematical uncertainty of the measurement is just 2.2 percent.

But as the team's measurements have become more precise, their determination of the Hubble Constant has become more at odds with the measurements from another space observatory, ESA's Planck mission, which maps the primeval universe as it appeared 360,000 years after the big bang.

The signature of the big bang—which occurred some 13 billion years ago—is encoded in microwaves across the entire sky. Planck measures the sizes of the ripples in the Cosmic Microwave Background that were produced by slight irregularities in the big bang fireball. The fine details of these ripples encode how much dark matter and normal matter there is, the trajectory of the universe at that time, and other cosmological parameters. The Planck results predict that the universe should be expanding today at only 67.0 kilometers (41.6 miles) per second per megaparsec.

As each team's measurements have become more and more precise, the chasm between them has continued to widen, and is now about 4 times the size of their combined uncertainty.

Possible explanations for the discrepancy include the interaction strength of dark matter, dark energy being even more exotic than previously thought, or an unknown new particle in the tapestry of space.

In 2005, Riess, who is the Thomas J. Barber Professor in Space Studies at the Krieger School of Arts and Sciences, set out with his team of researchers to measure the universe's expansion rate with unprecedented accuracy. By refining their techniques, the Supernova H0 for the Equation of State, or SH0ES, team shaved down the rate measurement's uncertainty to unprecedented levels. The goal of Riess' team is to work with the Hubble and Gaia telescopes to cross the threshold of refining the Hubble Constant to a value of only 1 percent by the early 2020s. 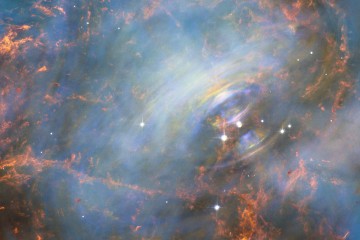 Published March 2, 2018
The universe is expanding faster than expected, and cosmologists aren't sure why 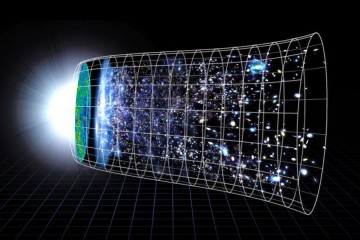 How fast is the universe expanding? Measurements yield different results