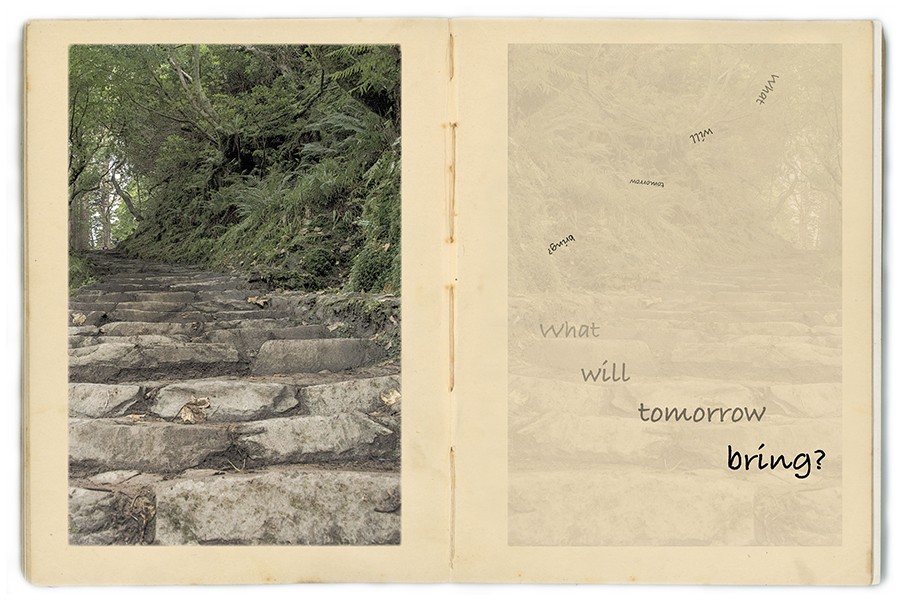 Among the exhibits on display at the Evergreen Museum this winter is a collection of stories, each told through five large photo prints with decorative text. They vary from realistic scenes of Baltimore train stations, bedrooms, and apartment buildings to fairy-tale-like fantasies with amphibious creatures and contorted nymphs.

Looking at the exhibit, titled Photographs and Text: The Art of the Narrative, you wouldn't guess that the works were inspired by medieval tomes. But they represent the evolution of a creative form called "the artist's book" that can trace its origins to the illuminated manuscripts of the Middle Ages. 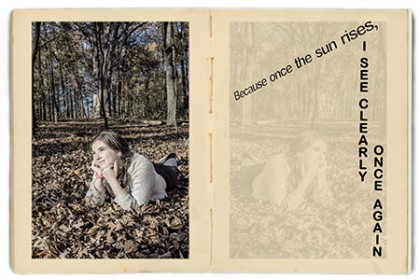 "Each page was a work of art," says James Archer Abbott, the exhibit's curator and director of the Johns Hopkins University-owned Evergreen Museum & Library.

Namely, that's Photoshop—which Berger praises as a "more expressive" form of image-making. Students in her "Art of the Narrative" class this fall were tasked with telling a story through five digital collages.

The course has morphed over the years in format but remained constant in its relationship with Evergreen and other Johns Hopkins museums and collections, which students visit for inspiration. Along with viewing centuries-old illuminated manuscripts, they get a look at more modern expressions of artist's books.

Though the genre defies strict definition, an artist's book is generally one where the book is conceived and designed as a piece of art unto itself. These conceptual works often use tactile techniques such as cutouts, 3-D popups, and handmade bindings. Some are so sculptural or abstract that they no longer resemble a traditional "book" at all.

Local book artist Betty Sweren—whose work has been displayed at the Walters, the National Gallery of Art, and the Victoria and Albert Museum in London, among other galleries—helps students appreciate the concept. In her Baltimore home, Sweren and her husband host a prolific collection of more than 900 artist's books, which Berger's class got a chance to see this fall.

Sweren, who also annually hosts the Student Book Collecting Contest at Johns Hopkins, has acted as the third co-teacher to Berger's course for several years. Berger says when she first started the class, "Everybody said, you must meet Betty Sweren and see her amazing artist book collection."

This year, Sweren says, she was impressed with the student artists' "willingness to share their innermost thoughts." Their displays include intimate close-ups of women's faces and body parts, expressions of love and confusion, and diary-like text.

"Many of the students were telling personal stories," Sweren says. "They're really getting their feelings out, both in their photographs and in their texts."

The Photographs and Text: Art of the Narrative exhibit will run through Feb. 26 at Evergreen. It's one of five new exhibits (including Seventeen Men: Portraits of Black Civil War Soldiers) that debuted this month at the 4545 N Charles St. museum. 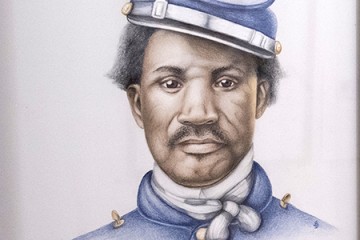 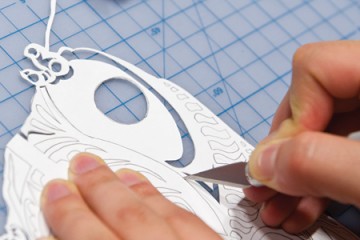 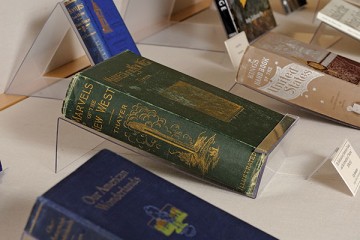