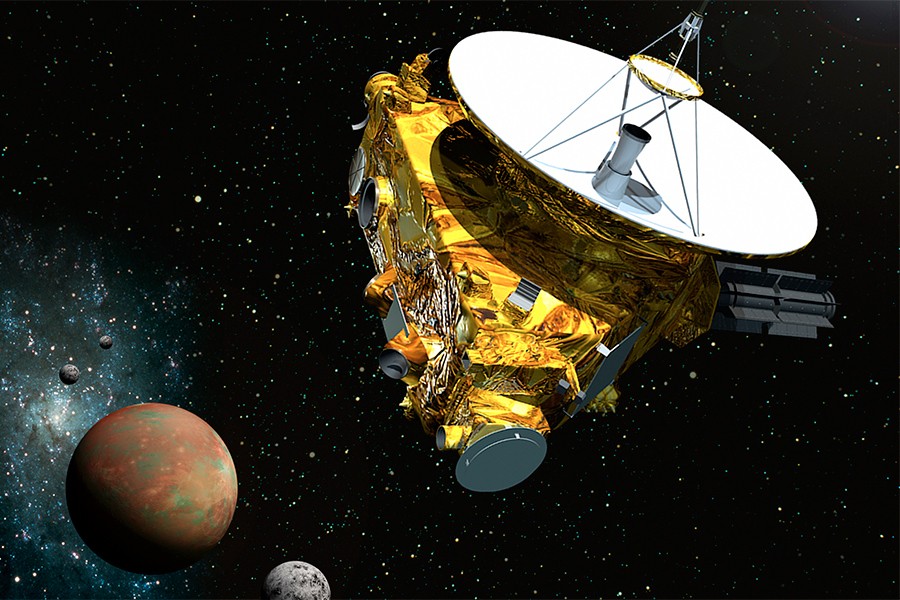 Image caption: Artist's concept of the New Horizons spacecraft as it approaches Pluto and its three moons in the summer of 2015.

NASA's New Horizons spacecraft comes out of hibernation this week for a long-anticipated six-month encounter with the dwarf planet Pluto at the outer reaches of the solar system.

"New Horizons is healthy and cruising quietly through deep space, nearly three billion miles from home, but its rest is nearly over," says Alice Bowman, New Horizons mission operations manager at the Johns Hopkins University Applied Physics Laboratory. "It's time for New Horizons to wake up, get to work, and start making history."

Since launching in January 2006, New Horizons has spent 1,873 days—about two-thirds of its flight time—in hibernation. Its 18 separate hibernation periods, from mid-2007 to late 2014, have ranged from 36 days to 202 days in length.

In hibernation mode, much of the spacecraft is unpowered. The onboard flight computer monitors system health and broadcasts a weekly beacon-status tone back to Earth.Operators woke New Horizons about twice each year to check out critical systems, calibrate instruments, gather science data, rehearse Pluto-encounter activities, and perform course corrections when necessary.

New Horizons pioneered routine cruise-flight hibernation for NASA. Not only has hibernation reduced wear and tear on the spacecraft's electronics, it also lowered operations costs and freed up NASA Deep Space Network tracking and communication resources for other missions.

The upcoming wake-up call, scheduled for Saturday at 3 p.m., was preprogrammed into New Horizons' onboard computer in August. About 90 minutes later, New Horizons will transmit word to Earth that it's in "active" mode. Although those signals will travel at light speed, they will need four hours and 25 minutes to reach home. Confirmation should reach the mission operations team at APL around 9:30 p.m. Saturday. At that time, the spacecraft will be more than 2.9 billion miles from Earth, and just 162 million miles from Pluto.

After several days spent collecting navigation-tracking data, the mission team will begin conducting final tests on the spacecraft's science instruments and operating systems, and also building and testing the computer-command sequences that will guide New Horizons through its flight to and reconnaissance of the Pluto system. Items on the mission's science list include characterizing the global geology and topography of Pluto and its large moon, Charon; mapping their surface compositions and temperatures; examining Pluto's atmospheric composition and structure; studying Pluto's smaller moons; and searching for new moons and rings.

Distant observations of the Pluto system begin Jan. 15 and will continue until late July 2015. The closest approach to Pluto is expected on July 14.

"We've worked years to prepare for this moment," says Mark Holdridge, New Horizons encounter mission manager at APL. "New Horizons might have spent most of its cruise time across nearly three billion miles of space sleeping, but our team has done anything but, conducting a flawless flight past Jupiter just a year after launch, putting the spacecraft through annual workouts, plotting out each step of the Pluto flyby and even practicing the entire Pluto encounter on the spacecraft. We are ready to go." 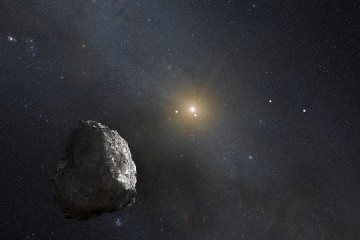 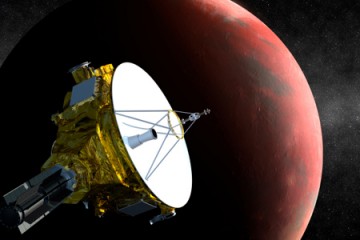