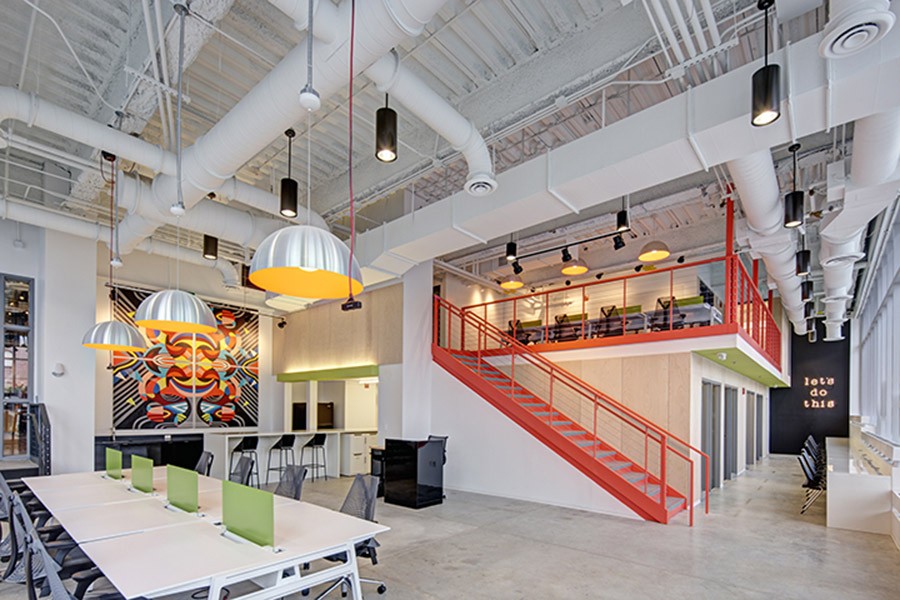 Last fall, David Narrow and his colleagues reached a critical juncture in the development of their fledgling medical technology company, Sonavex. As Narrow puts it, their brainchild needed nurturing, and a suitable—and affordable—environment for it to happen in.

The company's core concept, he says, was worth the TLC. Narrow and Johns Hopkins Hospital plastic surgeon resident Devin O'Brien Coon, who met while studying in Johns Hopkins' biomedical engineering graduate program in the Whiting School's Center for Bioengineering Innovation and Design, had identified a clinical problem that needed addressing. Each year, more than 550,000 people in the United States undergo medical procedures—soft-tissue reconstruction, organ transplants, bypass surgeries—in which arteries or veins are surgically connected, exposing the patient to the risk of a blood clot. Detecting the clot in a timely manner, before it blocks the vessels and leads to catastrophic complications, becomes paramount. What's needed, Narrow says, is a real-time clot-monitoring device that can be used by nurses post-surgery.

A eureka moment while driving, followed by many brainstorming sessions, led to the creation of a sublime two-part solution: a bioabsorbable marker implanted at the surgical site, and an ultrasound software package to guide the user to the right position and extract blood flow data. The ultrasound-based system essentially detects the signs of clot formation before any damage is done, and can be used without significant sonographic training.

The concepts of the EchoSure system were sound, but Sonavex needed an office and lab space in order to conduct tests and further develop it. They also needed to refine the business plan to predict commercial viability.

Enter Johns Hopkins Technology Ventures, the arm of the university that helps advance new discoveries and inventions into products and services that can benefit society and transform the world. In re-branding Tech Transfer as Technology Ventures, Johns Hopkins wanted a full-service "innovation ecosystem" that could assist entrepreneurs such as Narrow and O'Brien Coon every step of the way.

One key component of this ecosystem is the FastForward program, designed to move academic findings through translational research and into the commercial marketplace by supporting entrepreneurial faculty and early-stage startups.

In 2013, the university opened its first innovation hub, FastForward Homewood, in the historic Stieff Silver Building near the Homewood campus. The 12,000-square-foot facility quickly filled to capacity and is currently home to 11 startup companies, including Sonavex. In January 2015, the university opened FastForward East, located in the Rangos Building just north of the East Baltimore campus. FastForward East has 6,000 square feet of office and lab space, including six dedicated offices, co-working space, shared lab space, and access to conference rooms, a common room, and a kitchen. Companies also can rent space in two wet labs, equipped with plumbing, ventilation, and the latest equipment for hands-on scientific research.

In just three months, demand for lab and office space at FastForward East exceeded supply, and in May, JHU announced plans to add an additional 25,000 square feet of office and lab space for startups. The facility will be part of a seven-level, $65.6 million laboratory and office building being developed nearby, at 1812 Ashland.

"I am thrilled by the growth of FastForward, but we need to do more to meet the demand in the market for affordable space so that startups will start and stay here in Baltimore," said Christy Wyskiel, senior adviser to the president of Johns Hopkins University for enterprise development, when announcing the project. "Now more than ever it is clear that we need to create economic opportunity and build out the resources to support this."

Narrow says that finding a home at FastForward has paid huge dividends for Sonavex, for which he left his full-time consulting job in Boston to become its CEO. So far, Sonavex has won TEDCO Maryland Innovation Initiative Phase 1 and Phase 3 awards, a Coulter Translational Research Award, and a BioMaryland LIFE award, and it beat out nearly 50 competing startups to win top prize in the business plan competition at the 2015 Association of University Technology Managers Venture Forum. Sonavex also has been awarded Small Business Innovation Research grants from the National Institutes of Health and National Science Foundation to propel technical development.

"When we entered FastForward last fall, our implant was at a mature phase of development, but we had plenty to do with our software system," Narrow says. "This space has become critical for us. We're able to work and collaborate close to the Homewood campus, where our faculty partners reside. The space instantly enabled us to operate like a real company. It's our full-time office where we can host business meetings and conduct our work."

Sonavex, like other FastForward tenants, leases the space on a yearly basis, at a significantly below-market rate. Narrow says that the cost savings was crucial. "To have paid market rates at the time would have killed us, and Sonavex reached a point where company working space was critical, and we simply did not have the resources to pay market rates at this time last year," he says. "It just would not have been feasible financially."

Currently, Sonavex is focused on the software component of the system. It's in the process of animal studies and hopes to obtain FDA approval in 2016.

FastForward has provided much more than just physical space in which to exist, Narrow says. He's been able to network with fellow entrepreneurs to deal with common issues related to startups, such as finding investors or startup-friendly accountants. "The environment here is very collegial and friendly. We have weekly lunches where we meet for an hour or more to discuss issues we're having, help each other out, or to vent," he says.

"This type of space just doesn't really exist elsewhere in Baltimore. University of Maryland, Baltimore has some, but it's at capacity," says Smyth, who joined JHU in February. "Plus, we offer a full suite of programming and education. We'll help you suss out your business plan. We'll help you think about the market and what your real value proposition is. We'll have law firms come in and do pro bono legal services. We'll have accounting firms helping out. We're going to bring a full slate of resources to bear."

Technology Ventures also can help a startup secure needed funding, such as grants from the Wallace H. Coulter Foundation and the Maryland Innovation Initiative, created as a partnership between the state and five Maryland academic research institutions, including Johns Hopkins. JHU has executives in residence who specifically work with entrepreneurs on Maryland Innovation Initiative applications and follow-up. In FY2015, 19 companies received a total of $2 million in grant funds from the program. Recently, Johns Hopkins announced a pre-seed translational fund, made possible by a $5.4 million gift from Johns Hopkins Medicine trustee Louis B. Thalheimer. The money can help fund critical experiments to get a company closer to realizing its goals.

Technology Ventures and the FastForward program also provide mentorship. Johns Hopkins currently has in residence 14 mentors—entrepreneurs, venture capitalists, and vertical-area experts who donate anywhere from a day a week to a day a month to working directly with the startups. Smyth says that the inventors and creators don't just get good advice; they get access to the mentor's network.

"Every network you can connect with is valuable," she says. "The person might know the right funder who would be interested in your property, or the right corporate partner. Or maybe the best place you should be doing a pilot. Or they know the regulatory path and the hurdles you're going to have to jump. [Our mentors] love this stuff, and they give an amazing amount of time and invaluable counsel."

Smyth says that when someone applies to FastForward or first approaches Technology Ventures to discuss an invention or idea, sometimes the response is, You're not quite there yet. "Or we might say, Let's reconsider the market," she says. "But once you're in, you're given access to all the range of services that we have. We assign the mentors based on what the technology is."

Technology Ventures is currently creating a Science and Technology Advisory Team network, or STAT. Since the launches of the FastForward facilities, many alumni have contacted Wyskiel's team to ask how they could help with JHU-associated startups. "But these people are in Silicon Valley, or Boston, or Chicago, or they have a full-time job and only have time for an ad hoc call," Smyth says. "That's OK. We want to bring these people into the system and catalog their expertise, as they might be a great match with one of our entrepreneurs and we can help connect them."

FastForward locations also feature happy hours, network lunches, TEDCO talks, and other events. They might, for example, bring in an attorney to talk about how to get qualified to be eligible for a biotech tax credit, meant to invest in companies that are going to stay here in Maryland, Smyth says.

Currently, both FastForward spaces are full, with 25 companies, and a waitlist exists. The time in the FastForward program is finite, however, since the space is subsidized. A startup leaves the program when its lease is up or, in many cases, when it graduates to a larger space as it grows.

Nick Culbertson, co-founder of Protenus, a Johns Hopkins startup that aims to help hospitals protect patient privacy by detecting and preventing data breaches, says that the university now brings a lot to the table to help companies like his get off the ground.

Culbertson, a former member of the U.S. Army Special Forces, started Protenus with Robert Lord, a former hedge fund associate, whom he met while both were studying at the Johns Hopkins School of Medicine. The two entered the first [DreamIt Health] http://www.dreamithealth.com/) Baltimore cohort, which convened in mid-January 2014. Over the next four months, the companies received access to key individuals and resources at Johns Hopkins University and Johns Hopkins Medicine, Northrop Grumman, and Kaiser Permanente that helped them hone their solutions and develop relationships critical for launching their products. The program is run by DreamIt Ventures, which seeds each startup with $50,000 and provides physical space where the entrepreneurs can work and network.

"We weren't sure exactly what form our company would take when we entered DreamIt, but what quickly appealed to us was this big, unmet need of handling the administrative side of patient care in a more safe and effective manner," Culbertson says. "We're effectively studying the heartbeat of the hospital and making sure no breaches occur."

The company now has 10 full-time employees and a permanent space in the Broom Factory in Canton. The Protenus software is being piloted throughout the Johns Hopkins Health System, and the company hopes to announce deals with more health care organizations soon.

"The Technology Ventures team have been every helpful in terms of compliance issues and legal matters. They have connected us with a huge network of people," Culbertson says. "All this would not have happened without the support of Johns Hopkins. It's been huge for us, and we're so grateful for Johns Hopkins to rally around this reform of tech transfer and assist young companies like us." 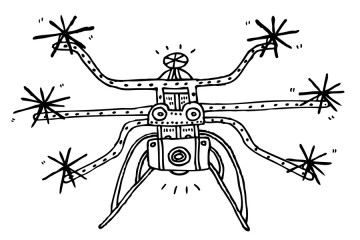 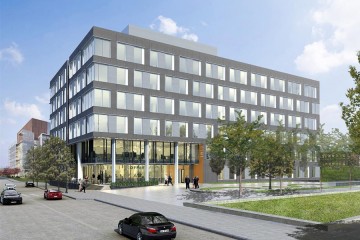 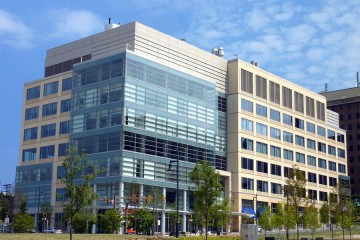