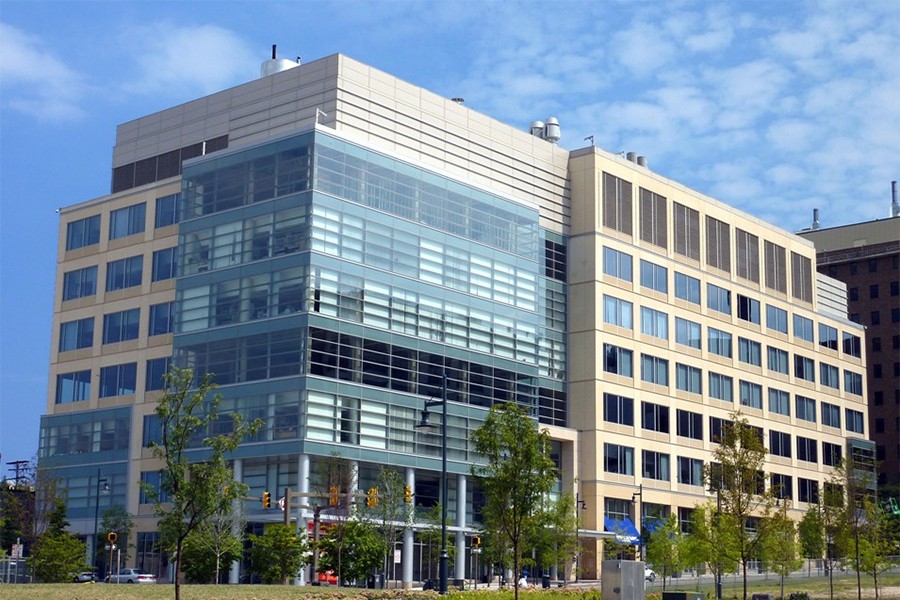 Acceleration nation comes to Johns Hopkins and East Baltimore this month with the opening of the city's newest business incubator. Called FastForward East, the university-run program will house nascent startups in dedicated space near the Johns Hopkins Medicine campus.

FastForward East hopes to build upon the success of FastForward, the Homewood campus–based business accelerator run by the Whiting School of Engineering that opened two years ago in the Stieff Silver Building. FastForward boasts 45 startups on its résumé, most of them companies that have licensed technology from Johns Hopkins.

FastForward East, located in the Rangos Building at 855 N. Wolfe St., will have space on two floors for up to 15 startups, depending on their size and needs. The sixth floor has two shared state-of-the-art wet labs with shared equipment containing seven benches and desks in adjacent offices. The first floor will be a more traditional co-working space with seating and desks for 28. This 3,500-square-foot space also offers six private offices, each with three or four desks; a conference room; a lounge area; and a kitchen with caffeinated products for those all-nighters. Rents are modest—$200 per person a month for a bullpen seat; $750 to $850 per private office; and $800 per lab bench, with adjoining shared office.

FastForward East is pinning its success on the so-called accelerator model of incubators, whose aim is to greatly compress the time it normally takes for an idea to come to the marketplace. Part of the model is based on the sheer plethora of shared ideas that's a byproduct of having so many entrepreneurs in one space.

But just as important for these startups taking their first baby steps is the programming included in a FastForward East membership. "It will be everything from law firms coming in to provide pro bono office hours and share best practices, to funders talking about how you do a really good pitch to potential investors, to groups coming in to teach them how to write an SBIR [Small Business Innovative Research] application and get their initial government funding," says Smyth. "We really want to nurture this ecosystem."

That nurturing isn't strictly altruistic. In April, a JHU Report of the Committee on the Innovation Ecosystem noted that Johns Hopkins lags behind other universities when it comes to licensing its intellectual property. To put the numbers into perspective, while Columbia, Northwestern, and MIT each received in excess of $120 million in licensing revenue in 2013, Hopkins' take was just $15.9 million. Clearly, leadership is hoping that FastForward and other innovation initiatives will increase that revenue stream from JHU technologies.

The Rangos location may be key. In 2013, School of Medicine faculty and researchers accounted for nearly three-quarters (321) of all invention disclosures across the university system, excluding the Applied Physics Laboratory. Putting FastForward East near the medical campus may help turn those disclosures into salable products by putting inventors within walking distance of a top-notch incubator.

"This is about continuing to develop our intellectual property from bench side to bedside," says Smyth, who notes that the current spot is interim and that a permanent startup incubator will be built nearby as FastForward East grows. "We need to have FastForward East located on the medical school campus for our researchers there to have easy and affordable access to good space. If a researcher has limited bandwidth within his day, anything we can do to facilitate the ease of making this happen is important. Also, a lot of the startups are working with Hopkins as a customer; to have your customer so close is yet another benefit."

While FastForward East's initial tenants are still being culled from applications (a Hopkins connection isn't required but encouraged), several startups are expected to be graduates of a Johns Hopkins partnership known as DreamIt Health Baltimore. DreamIt is an accelerator on steroids: A four-month boot camp for select startups includes $50,000 in funding and another $150,000 in in-kind legal, financial, and other mentoring services; in return, the startups give up 8 percent of their stock, a portion of which goes to Hopkins.

Jason Hardebeck, managing director of DreamIt Health Baltimore, says that for investors such as Hopkins, DreamIt companies are a better bet than your average startup. "With a normal startup, it's like playing the lottery," he says, "but with an accelerator, it's a very competitive process to get in. The nine companies in the DreamIt cycle last year were selected from about 130 companies."

While those companies may thrive at FastForward East, future entrepreneurs will also be encouraged. Smyth says that in addition to fielding inquiries she calls "venture opportunities" from faculty who want to move from the invention disclosure to startup phase, the incubator will welcome ideas from undergrads. "We'll have a venture coordinator to help student startups; we want to nurture them as well," says Smyth. "There'll always be open seats in our bullpen for them, and thanks to the generosity of a donor, we have a small fund for them to compete for grants for their innovations."

Now just add a few hundred pots of coffee, and they'll be good to go. 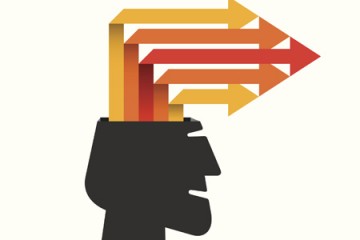 Published July 9, 2014
In first year, 9 startups were accepted by School of Engineering incubator