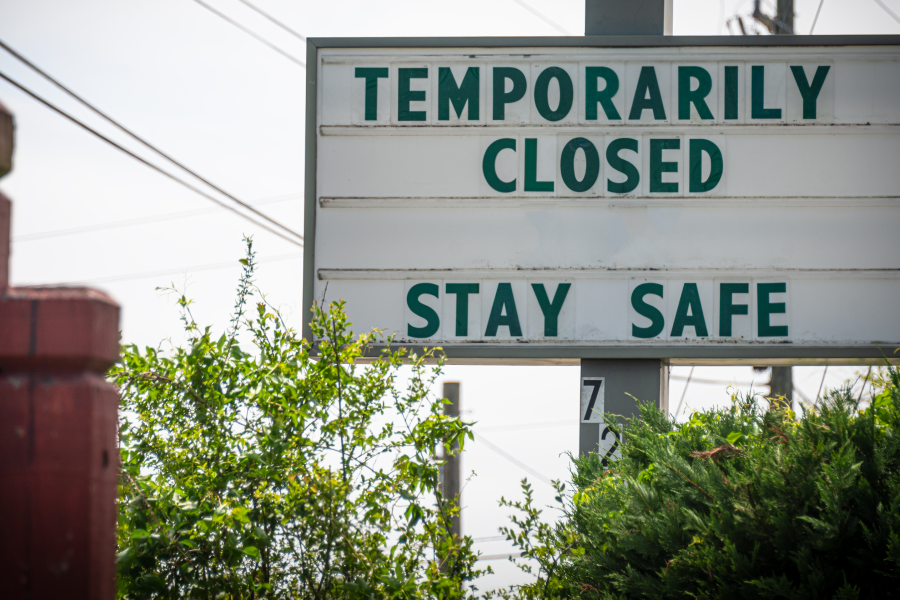 While the safety measures taken at the beginning of the pandemic saved lives, a full accounting of COVID-19's impact must include the economic, social, and health effects of pandemic response strategies

The global lockdowns at the start of the COVID-19 pandemic saved hundreds of thousands, if not millions, of lives. Shutting down businesses, public gatherings, and other establishments slowed the transmission of the virus during a time when very little was known.

However, many countries were unprepared for the effects of such mitigation measures—or to mediate their disproportionate impact on women.

"We have to look at the actions we take and the different types of effects that they have," says Rosemary Morgan, an associate scientist in International Health.

Morgan, along with several other researchers, recently founded the Gender and COVID-19 Working Group, which now includes more than 700 researchers, health practitioners, policy actors, and advocates who share their multidisciplinary work in order to identify and ultimately prevent downstream effects of pandemic response measures. Morgan is also part of the Gender and COVID-19 Research Project, which is exploring the gendered social, economic, and health impacts of COVID-19.

The project's January 2021 report, "How to Create a Gender-Responsive Pandemic Plan—Addressing the Secondary Effects of COVID," provides guidance for decision makers to address these disparities in pandemic preparedness, response, and recovery plans. The report highlights several priority areas—including gender-based violence, mental health concerns, reduced access to sexual and reproductive health services, and economic and work-related concerns—that disproportionately affected women during the pandemic and beyond.

"A lot of what we saw with COVID is that people didn't take up learnings from previous pandemics: Zika, Ebola. We weren't in a position to act and to incorporate these important gender considerations into our response."
Rosemary Morgan
Associate scientist, Department of International Health

Although little was known about the virus in March 2020, some health impacts of the pandemic were predictable. Infectious disease outbreaks have historically put women at greater risk of domestic violence, especially in places where gender-based violence is prevalent.

According to a 2020 United Nations report, gender-based violence in Nigeria significantly increased after lockdowns began on March 30, 2020. Reported incidents more than doubled from 346 incidents reported in March 2020 to 794 incidents in the first part of April—a 56% increase in just two weeks. These numbers are part of a larger global trend: Data from UN Women show a significant increase in reported cases of violence against women in the 13 countries surveyed between April and September 2021.

Amy Oyekunle, a project member based in Nigeria and co-author of the group's 2021 report, recounts several news stories of girls and young women being killed at home during the first few weeks of the country's lockdowns. Men disposed to domestic violence were home from work and girls from school, she said, which led to increased interactions and opportunities for violence.

During these first few weeks of the pandemic, women's groups, civil society organizations, and faith-based groups organized press briefings, publicizing the attacks on women and girls. They criticized the Nigerian government for the lack of response and consideration within the country's pandemic preparedness plan for these horrific attacks. Protests and marches across states garnered media attention, eventually persuading the Nigerian government to declare a state of emergency on gender-based violence in June 2020.

Studies show that women are at an increased risk for worse mental health outcomes during public health crises, as many struggle to balance work, home, and caregiving activities. Additionally, women account for 70% of the global health and social care workforce—roles that present unique and profound challenges, especially when hospitals overflow with sick and dying patients.

Between May 2020 and May 2021, Canadian researcher Julia Smith, another project member, interviewed 200 female frontline workers about their pandemic experience. Collectively, the group reported mental health effects and trauma as the pandemic's biggest impact on their lives.

What COVID-19 taught us about risk in a complex, inter-connected world

"Many spoke about the challenge of not being able to provide proper care," Smith said. "People who worked in long-term care talked about how there's all these elderly people that are now isolated and they can't visit with their family, they can't see their grandchildren, and they just want to talk to the care aide. ... They want a hug. They want to hold somebody's hand, and they weren't able to."

Smith adds that the trauma related to these situations, common in the first months of the pandemic, led many health care employees in Canada to leave their jobs—80% of which are held by women. Recruiting for these positions continues to be difficult. Data on Canada's job vacancies from the fourth quarter of 2021 show 126,000 vacancies in the health care and social assistance sector—almost double the number of vacancies in the same industries two years earlier (64,000).

Increases in unintended and teen pregnancies

Studies and reports from previous epidemics in Latin America, the Caribbean, Asia, and West Africa have shown that reductions and closures of maternal, sexual, and reproductive health services during public health crises contributed to increases in unintended and adolescent pregnancies, sexually transmitted infections, and maternal morbidity and mortality.

Lockdowns early in the COVID-19 pandemic had that same predictable effect.

A lack of access to services, combined with low vaccination rates and a higher risk of worse health outcomes for pregnant people, led to Brazil having one of the worst maternal morbidity rates in the world during the pandemic, accounting for nearly 77% of the world's maternal deaths as of July 2020.

"This was outrageous," says Research Project member Denise Pimenta, a Brazilian anthropologist from the Oswaldo Cruz Foundation who works with the country's Ministry of Health. "A lot of civil society groups were denouncing this in Brazil. This also happened a lot with Zika."

"A lot of parents would go back to that status quo," she says. "[They said] 'Look, you know what, you are not getting any younger, we don't know when schools will open, and we don't know when this pandemic will be over. You might as well get married.'"

Adolescents were also engaging in riskier behavior, she says, because they were idle and at home. Health services that had provided sexual health guidance and contraceptives closed, resulting in more teen pregnancies.

Women in the workforce

Canada was one of the few countries to consider gender in its pandemic preparedness plan. It had introduced Gender-Based Analysis Plus—an analytical process used to assess how people of different genders may experience policies, programs, and initiatives—as a policy approach in 2011. During the pandemic, Canada used it to consider gender issues and increased funding to address gender-based violence, childcare, and other issues. The country implemented the Canadian Emergency Response Benefit, an economic relief program that provided $2,000 a month to people who lost employment due to COVID-19. The government rightly assessed that this program would benefit women more than men, Smith says, as more women lost employment.

"If you've got a single mother and the school closes down and she has to leave her job in order to look after her kids because she doesn't have any other support, that's going to have huge implications for a long time."
Rosemary Morgan
Associate scientist, Department of International Health

Although women made up only 48% of Canada's workforce prior to March 2020, they accounted for 58% of the jobs lost during the lockdown phase of the pandemic. Employment levels for women took more than a year to rebound to pre-pandemic levels; for men, it took six months.

In service industries such as restaurants and retail, which were economically devastated during the pandemic and lockdowns, Smith says, more women than men lost jobs. For example, women hold about half of Canada's retail jobs, but more than 90% of the jobs lost in this sector were held by women.

From interviews and focus groups, Smith identified care responsibilities—specifically caring for children, especially while schools were closed—as an additional cause for employment loss.

This trend has been reported globally. In the U.S., the Department of Labor reported women accounted for approximately 60% of the 700,000 jobs lost in the first COVID-19 wave.

School shutdowns also played a role in many women's ability to continue working during the pandemic. "If you've got a single mother and the school closes down and she has to leave her job in order to look after her kids because she doesn't have any other support, that's going to have huge implications for a long time," Morgan says.

The weight of these closures usually fell to women and girls, increasing the burden of unpaid, at-home work and limiting their own studies and career aspirations.

Looking to the future

Despite these disproportionate long-term impacts on women and girls, gender experts are optimistic about the future.

"All is not lost," Pimenta says. "I saw a lot of change. For example, the [research] networks were really strong and reacted fast. So, I think this made us stronger, not only in terms of research, but in terms of policies and in terms of civil societies and NGOs."

With all of this data and information, Morgan hopes governments around the world will make gender considerations and incorporate multisectoral approaches before, during, and after a health crisis. This pandemic, and others, she said, should be a learning experience for policymakers and advocacy organizations. And the project's report provides examples of actionable measures that countries can take to prevent and control the disproportionate impacts of future health crises. For example, to address gender-based violence:

"A lot of what we saw with COVID is that people didn't take up learnings from previous pandemics: Zika, Ebola," Morgan says. "We weren't in a position to act and to incorporate these important gender considerations into our response."

Experts hope that now, with lessons learned from the COVID-19 pandemic and the project's strategies, we might be in a better position to respond proactively and more effectively when the next health crisis strikes. 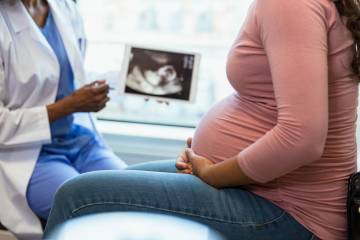 Published May 4, 2022
Andreea Creanga, program director for health research and policy program MDMOM, discusses troubling trends in maternal health and the work she and her colleagues are doing to make pregnancy and childbirth safer