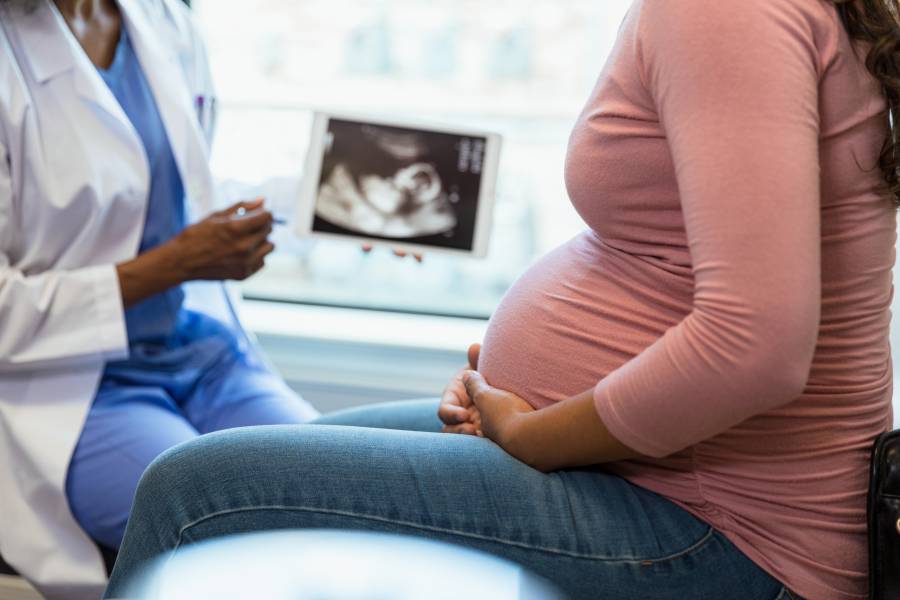 Andreea Creanga, program director for health research and policy program MDMOM, discusses troubling trends in maternal health and the work she and her colleagues are doing to make pregnancy and childbirth safer

Maternal mortality and morbidity rates across the nation have steadily increased over the past two decades, with key factors such as racial and ethnic health disparities, access to care, presence of other health conditions, and, more recently, COVID-19 contributing to the increase.

"Maternal health is a marker of the health and health inequities of the population and of how the health system functions—everywhere in the world, not only in the U.S.," says Andreea Creanga, an associate professor at the Johns Hopkins Bloomberg School of Public Health and program director for MDMOM, a program that is working to combat several contributing factors to maternal morbidity and mortality in Maryland. "We are trying to look at pregnancy as a window to future health." 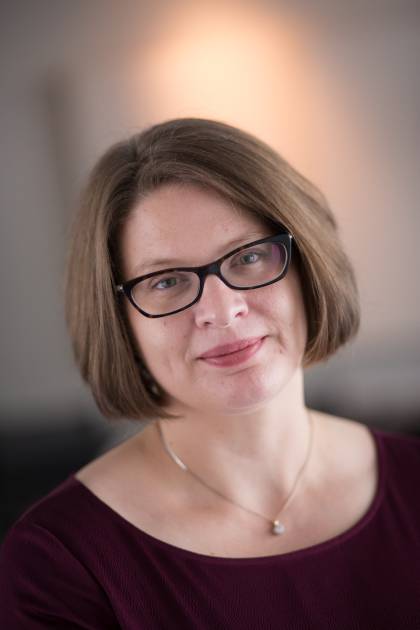 Next week, Creanga will moderate a Johns Hopkins congressional briefing focusing on issues of maternal health, including morbidity and mortality trends and initiatives to address those trends, as well as trauma-informed care and women's future health after pregnancy.

Joining Creanga on the panel are:

"I think we have a good group to answer questions, and we are hoping to provide some insights and lessons learned from our work and just bring the attention once again to the problems in the U.S.," Creanga says.

The Hub reached out to Creanga to get her insight on maternal health overall ahead of the briefing. She discusses the difference between mortality and morbidity, the factors that affect maternal health, and the many ways MDMOM is working to make pregnancy and childbirth safer.

Maternal mortality relates to maternal deaths, women who die from pregnancy complications. Women can die during pregnancy, on the day of delivery, the first week after delivery, and, in the U.S., we aim to identify, review, and learn from all maternal deaths up to one year postpartum. We are equally interested in looking at maternal deaths that occur during pregnancy and around the time of delivery, but also those deaths that occur after the first six weeks postpartum—beyond the timing of the traditional postpartum visit at six weeks—because those are women who are not going to be seen by a provider unless they seek care for complications.

Severe maternal morbidity cases are life-threatening complications. We call these near misses or near deaths where, due to medical intervention or women accessing care and receiving the proper care, women do not die. However, there are medium-term and long-term effects of having severe maternal morbidity. If you have gestational diabetes in pregnancy, you are more likely to have diabetes later in life. If you have hypertension in pregnancy, you are more likely to develop chronic hypertension later in life.

What is the state of maternal morbidity and maternal mortality in the U.S., and how does the U.S. compare to other developed nations around the world?

What's even worse is that we are seeing an increasing trend in maternal mortality over time in the U.S., while in all other high-income countries, we see their maternal mortality ratios have declined over the past two decades. The CDC just released data for 2020, and they're calculating a maternal mortality ratio with population-based data at 23.8 deaths per 100,000 live births. We have to consider that the COVID-19 pandemic has likely contributed to this ratio, but that's a significant increase.

We are used to seeing the obstetric causes, like obstetric hemorrhage and hypertensive disorders of pregnancy or anesthesia complications, being the main contributors of maternal deaths. But recently we are seeing a decline in the contribution of these traditional causes and an increasing contribution of chronic medical conditions, especially cardiovascular conditions, to maternal mortality.

You said you're seeing a decline in obstetric causes of maternal mortality, and an increase in chronic conditions being the primary cause. What do we know about that shift?

We know that cardiovascular conditions are a key threat to women's health during pregnancy and in the postpartum period. We also know that the prevalence of obesity has been increasing substantially in women of reproductive age in the U.S. Of women who had a live birth in 2020, only two in five entered pregnancy with a normal range BMI. About 26% of women were overweight pre-pregnancy and another 30% were obese pre-pregnancy.

You have to look at that and consider the related complications. Obesity is often accompanied by complications before or during pregnancy that can put a woman's life in danger. And then we see obesity disproportionately affecting non-Hispanic Black, American Indian/Alaska Native, and Hispanic women.

What factors affect these disparities in maternal health?

We look at preventability and contributing factors to maternal morbidity and mortality within our data in Maryland, and we see that they can be grouped into patient factors, such as knowledge of warning signs for pregnancy complications or low compliance to medical regimens; provider-level factors, such as misdiagnoses and lack of continuity of care; and then system-level factors, such as limited access to care, lack of insurance coverage, and poor care coordination. There are also community factors contributing to maternal mortality. For example, unstable housing—we have homeless women every single year in the series of maternal deaths we review at the state level in Maryland. And limited access to transportation or childcare. All these problems contribute to the trends and the outcome disparities that we are seeing.

Quality of health care matters as well, and how women perceive and experience the care they receive. That's something we are increasingly looking at, trying to address racial disparities and trying to understand how experience of care affects outcomes. We all have biases. We are all human. But there are ways to mitigate racial biases and cultural biases of all kinds. In Maryland, we are doing implicit bias trainings through the MDMOM program, and we have legislation in our state mandating this type of training for maternal health providers. I think we are going to see changes in the future, but not overnight.

What other work is MDMOM doing to combat these factors and troubling trends?

The type of grants that provide funding for the MDMOM program are called "maternal health innovation" grants, so we are thinking about and implementing activities that have not been done in the past.

For example, as we were writing this grant in 2019, we thought of telehealth and telemedicine interventions to improve access to high-risk pregnancy care. Before the pandemic, telemedicine was not the way to practice medicine—definitely not obstetrics. We have now been able to start the program we envisioned at the University of Maryland working with Level I and II maternity hospitals within their health system.

We're also launching a statewide telehealth initiative for severe hypertension in pregnancy and preeclampsia this week. We are going to have blood pressure cuffs distributed to all hospitals to provide patients who have high blood pressure with a cuff to take home to monitor their blood pressure, and hospitals will have the opportunity to integrate use of these units within their electronic health record systems. In addition, for those who may need an increased level of blood pressure monitoring and support, their providers will be able to coordinate referral to home care services for follow up by a trained nurse with daily symptom and blood pressure checks, and weekly reports to the referring providers.

We will be able to monitor our success with this initiative working with hospitals and the state perinatal quality collaborative, and in using the hospital-based severe maternal morbidity surveillance and review program we've established with MDMOM. We started with a pilot program in six hospitals in July 2020, and we are now working with 19 hospitals covering more than 70% of births in Maryland. These data provide valuable information on causes and timing of severe morbidity, but also on case preventability, what has worked well in clinical practice in relation to each case, and how can we alter these adverse outcomes.