Walensky, a School of Medicine alum, discusses her time at Hopkins and shares her vision for caring for the nation beyond the COVID-19 pandemic

On December 7 of 2020, when President Biden's transition team announced that Rochelle P. Walensky was slated to become the new director of the Centers for Disease Control and Prevention, the medical and public health communities cheered the choice. 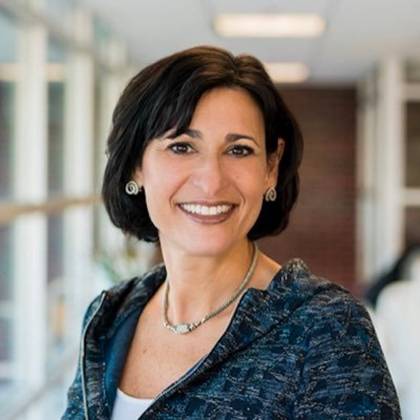 Walensky has a reputation for sage and insightful research, and as the chief of the Division of Infectious Diseases at Massachusetts General Hospital, she had been on the front lines of testing and treating deadly viruses for decades. Walensky received her Doctor of Medicine degree from Johns Hopkins School of Medicine in 1995, and for the next three years she trained at Johns Hopkins Hospital during a critical period of HIV and AIDS research and treatment. She credits that time with setting her on the path to studying infectious diseases and, ultimately, to her work at the CDC. (She also credits Hopkins with her family life: She met her husband, Loren, while they were both studying here—Loren Walensky received his medical degree from the School of Medicine in 1997. They now have three children.)

The Hub spoke with Walensky in late April in anticipation of her virtual conversation with Paul B. Rothman, dean of the medical faculty of the Johns Hopkins School of Medicine and CEO of Johns Hopkins Medicine, as part of the Johns Hopkins Health Policy Forum, at 11 a.m., on Tuesday, May 4. In a wide-ranging conversation, Walensky talked about how her time at Hopkins influenced her career and shaped her vision for leading the country out of the COVID-19 pandemic and beyond.

You grew up in Potomac, Maryland, with a dad who was a mathematician and a mother who was in human resources. You've said that math and science interested you at an early age, but that you are also a social creature. Did you know early on that you wanted to combine a career in the sciences with working with people?

That's exactly right. I think I'm a blend of both my parents. I wanted to do something in STEM and math sciences, but I couldn't be in the lab and it couldn't be working by myself. It had to be in collaboration with other people, and so the medicine field felt like the right fit.

You came to study medicine at Hopkins in 1991. What attracted you to Hopkins in the first place?

Hopkins obviously has an incredible reputation for teaching medicine and for training doctors of the future. It is a place that is dedicated to patient care as well as research and teaching, and that seemed like the best fit for me. And it had the great benefit of being relatively close to home. One of the things I didn't really realize in medical school but came to appreciate through my training when I stayed on for my residency is the relative independence you got early on in your medical training. When you were an intern, you were that patient's doctor. That was an extraordinary responsibility. You had incredible support around you, such that if you ever needed help, it was right there by your side.

"Hopkins obviously has an incredible reputation for teaching medicine and for training doctors of the future. It is a place that is dedicated to both patient care as well as research and teaching, and that seemed like the best fit for me."

In 1995 when you were at Johns Hopkins Hospital, AIDS and HIV were spiking. What was it like training as a physician and seeing the ravages of that virus?

It goes back to med school. In 1991, I remember walking into lecture hall one morning and everybody was poring over the newspaper. Magic [Johnson] just said that he had HIV. I had no idea at the time how it would touch me. Fast-forward a little bit, when I was an intern with a group of about 35 other interns. I started training in July of 1995. We had treatments for infections, but we had no HIV treatments. There was so much disease from injection drug use. We had wards full of patients with HIV and AIDS. Women were also starting to present. The men had been sick and dying, and then their heterosexual partners were just starting to come in. You could literally watch the demographics of this disease change in front of you.

The first half of my internship was a lot of HIV, and a lot of dying. Then in December of 1995 we got the first HIV [treatment] cocktail. We were giving people 14 pills a day, yet despite how difficult it was for people, and how many pills there were, there was hope that there would be life after this. That was such an extraordinary time and I think that eight or nine of us out of our group of interns went into infectious disease.

Science Not Politics: How Dr. Rochelle Walensky is Saving the CDC

Flash-forward to 2020. You were the head of infectious disease at Mass General. When was the moment you knew COVID-19 was going to be such a pernicious threat?

I had been watching what was going on every night on the news and seeing the footage from China and hearing what was happening there and talking to my colleagues. We were worried. And then it landed in Washington State, and there were sporadic cases in New York. The definitive moment for me was about 11 o'clock on a Friday morning, March 6, 2020. My pager went off from a colleague who heard from the microbiology lab that we had our first case, likely from the Biogen Biotech Conference.

At the same time that I got that page, planners for the Conference of Retroviruses and Opportunistic Infections, an international meeting of about 5,000 people, were hanging their banners in the Hynes Convention Center in Boston. It was set to start the next day. We had people from all over the globe coming to land in Boston, just as we were starting to get our first cases. I didn't know if I should stop a 5,000-person meeting. I didn't know if I should call my mayor and say, "I think you should close schools." I had a good idea that that was the right thing to do, but I could have been wrong. Everybody else looks at you like, "Are you for real?" But enough of us had been working in public health long enough, and we'd seen the trends of what was happening with COVID. What my colleagues and I said is that we should send everybody home [and cancel the conference]. [The conference pivoted to virtual only].

Can you tell me about the moment you got the call from the Biden team?

I was upstairs in a meeting with my chairman, Katrina Armstrong, [the Jackson Professor of Clinical Medicine at Harvard Medical School, chair of the Department of Medicine, and physician-in-chief of Massachusetts General Hospital], and it all loops back to Hopkins, because she was my attending during my training [Armstrong earned her Doctor of Medicine from Hopkins in 1991]. When she was named my chairman, I received 10 calls from my intern class saying I'd be following my chief forever and doing rectal exams forever! [laughing].

So, I was with my chairman in her office and somebody took a message and said, [White House Chief of Staff] Ron Klain called. And I thought, "Why would Ron Klain call me?" I called my husband next and he said, to his amazing credit, "Whatever he says, the answer isn't no. Just listen. Think about it. And we'll talk about it, but don't say no."

"We have to recognize that people's health is integrally tied to where they work, where they live, how they commute, where they worship. Oftentimes that does not intersect with access to health care."

You entered the CDC at a challenging time, of course, given the pandemic. In April you spoke about how the virus has laid bare many of the structural inequities in our country, and you announced that racism is a public health issue that the CDC must address. What went into that decision?

What we all know who work in the field of infectious diseases is that they affect the vulnerable. We saw it with HIV. We see it with tuberculosis. COVID came to this country from airplanes, it came from cruise ships. It came from people who had resources, and it rapidly went to people who didn't. We have this moment right now where everybody is worried about COVID. We also have this moment where there's so much discussion in this country about race and racism and inequities. What I really want to do is take this moment and make sure we're not just caring for people with COVID, but we're caring for the whole nation. By doing so, we have to address racism as being a serious public health threat because if we're going to improve the public health of this nation, we have to recognize that people's health is integrally tied to where they work, where they live, how they commute, where they worship. Oftentimes that does not intersect with access to health care.

How are we going to ensure that the people who are hardest to reach with COVID vaccines receive it? How are we going to ensure that when everyone else is not thinking about COVID anymore that we are still leveraging the infrastructure and connections we've made during this period and that we address the collateral damage of this pandemic: the hypertension control, the 11 million pediatric vaccinations that haven't happened, HIV control? How are we going to address a resurgent opioid crisis that I thought I'd never see again when I first saw it 20 years ago? How are we going to address gun injury prevention? Mental health issues are really a challenge for all demographics, but especially the young. There's climate change and the health impacts of climate change. And of course, how do we not only protect this nation, as we realize that we need to protect the world, too. Not just for humanitarian purposes, but because we are so integrally linked, as this virus has taught us.

Johns Hopkins staff members, faculty, students, alumni, and members of the general public are invited to attend the virtual Health Policy Forum with Walensky and Rothman. Pre-registration is required for the May 4 event. 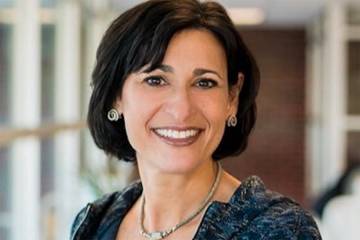 Published April 22, 2021
Discussion with Walensky and Paul B. Rothman of JHM will cover COVID strategy and the powerful combination of medicine and public health