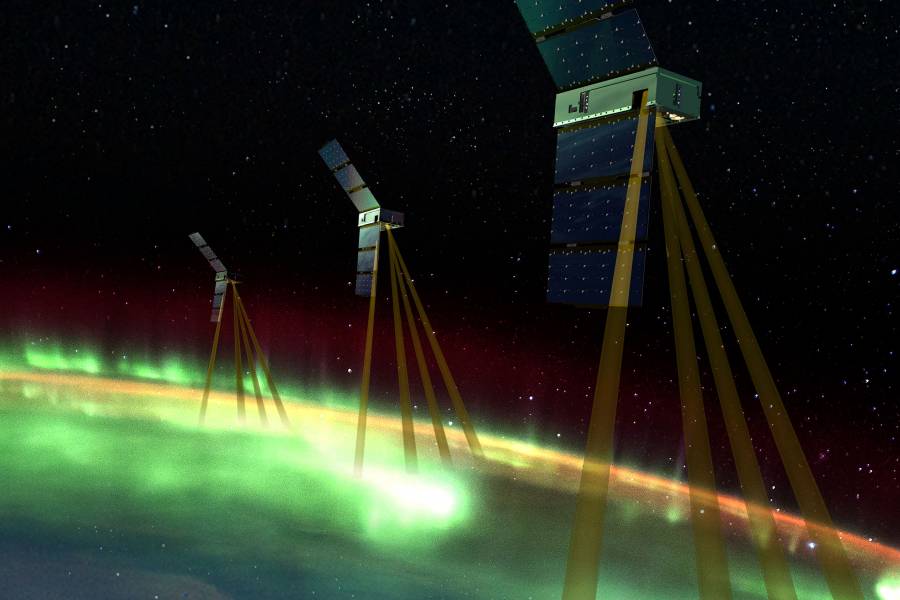 The Electrojet Zeeman Imaging Explorer will study the auroral electrojet, electrical currents flowing 60-90 miles above the north and south poles

A Johns Hopkins Applied Physics Laboratory-led mission to explore electric currents in Earth's atmosphere that link the aurora to our planet's magnetosphere has been selected by NASA to move forward to a scheduled launch in 2024.

The Electrojet Zeeman Imaging Explorer, EZIE, is a set of three small spacecraft that will study the auroral electrojet, which are electrical currents flowing about 60 to 90 miles above the poles that link the beautiful aurora to the Earth's magnetosphere, and which responds to solar activity and other drivers. 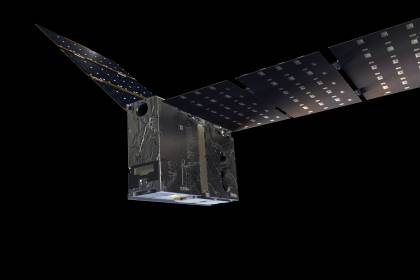 "Despite decades of research, we still don't understand the basic configuration of the electrical currents which are central to the interactions between Earth and the surrounding space," said Jeng-Hwa (Sam) Yee, chief scientist in Earth Science at APL and principal investigator for the mission. "This is a problem of universal importance since it applies to any magnetized body such as Mercury, Saturn and Jupiter — but it also has practical importance since these currents have a profound impact on our technologies in space and here on Earth."

EZIE will launch no earlier than June 2024; the total mission budget is $53.3 million.

"With these new missions, we're expanding how we study the Sun, space, and Earth as an interconnected system," said Peg Luce, deputy director of the Heliophysics Division at NASA Headquarters in Washington. "EZIE's use of instrument technology proven on Earth science CubeSat missions is just one example of how science and technology development at NASA go hand in hand across disciplines."

Added APL Civil Space Mission Area Executive Jason Kalirai: "We're excited about the selection of EZIE and the opportunity to deliver another high-impact space mission to NASA's impressive heliophysics fleet. EZIE is a small mission with a big science return. The study of space weather becomes even more critical with every advance that humanity makes into space, and we look forward to working on the spacecraft, systems and instruments with our mission partners."

APL has designed, built and operated several heliophysics missions for NASA, including the Parker Solar Probe, Van Allen Probes, and STEREO. APL is currently developing the IMAP mission, in partnership with Princeton University, scheduled for an early 2025 launch. 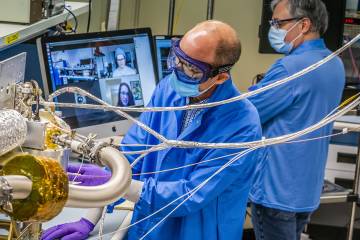 Published July 22, 2020
While APL researchers and engineers adapt to work remotely as much as possible during the outbreak of coronavirus, pockets of the Lab have no choice to but to move projects ahead 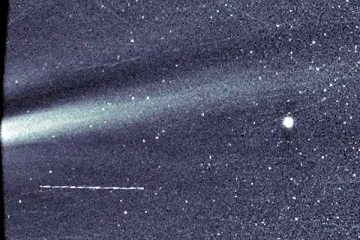 Behind howls of solar wind, quiet chirps reveal its origins