Could COVID-19 vaccines become mandatory in the U.S.? 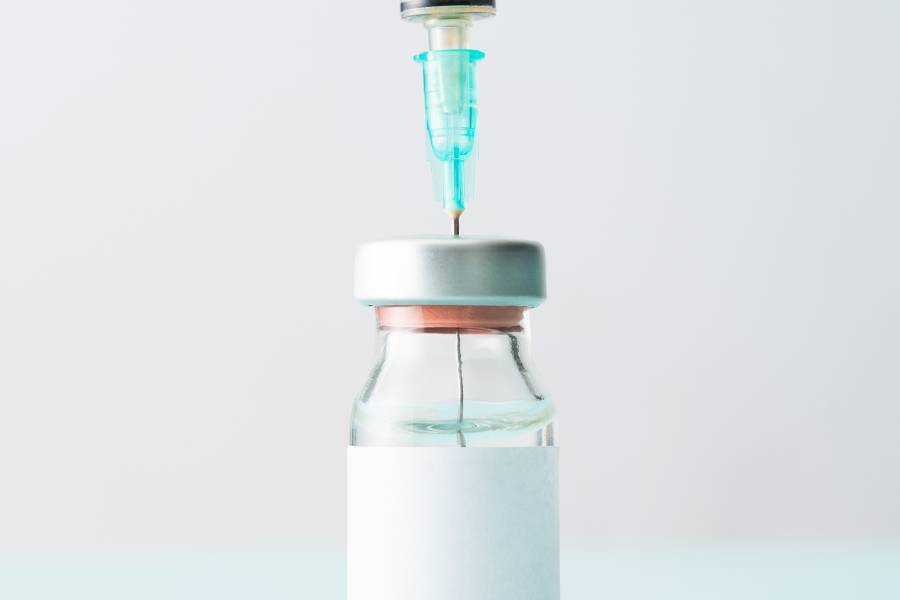 The legal precedent for mandatory vaccinations dates back to a 1905 Supreme Court case after a smallpox outbreak in Massachusetts. But as the U.S. reaches important clinical milestones in its vaccine development efforts, questions arise relating to distribution, and who becomes vaccinated and when.

Legal and public health expert Joanne Rosen, a senior lecturer in Health Policy and Management and the Center for Law and the Public's Health, spoke with Public Health On Call podcast host Stephanie Desmon for a recent episode about the precedent of vaccine mandates. She also discusses the history of vaccine exemptions and strategies states could consider to achieve widespread vaccination for COVID-19.

Once a COVID-19 vaccine or vaccines are made available, could states mandate that people get them?

The short answer is yes. States have the legal and constitutional authority to require that the people who live in that state be vaccinated, or to introduce a vaccine mandate.

The authority for the state being able to compel vaccination—the affirmation of that authority—goes all the way back to a U.S. Supreme Court case in 1905 called Jacobson v. Massachusetts. That case arose in the midst of an outbreak of smallpox in Cambridge, Massachusetts, in 1902. Cambridge introduced an ordinance requiring all adults be vaccinated or revaccinated against smallpox. If they didn't [get vaccinated], they would have to pay a fine of $5.

Jacobson was a resident of Cambridge who, for a number of reasons, objected to the vaccination mandate and brought a lawsuit against Massachusetts for the mandate. He raised a number of arguments, including one that his constitutionally protected liberty interests were being infringed by this mandate.

In that case, the Supreme Court said that states have under their police powers, which is under the Constitution, the authority to enact reasonable regulations as necessary to protect public health, public safety, and the common good. Vaccination mandates constitute exactly that kind of permissible state action to protect the public's health. Even though it's 115 years old, this continues to be the benchmark case on the state's power to mandate vaccination.

In response to the argument about this individual liberty interest, the court said that sometimes individual interests might have to yield to state laws that endeavor to protect the health of everybody—the "common good." The court said: "The rights of the individual may at times, under the pressure of great dangers, be subjected to such restraint to be enforced by reasonable regulations as the safety of the general public may demand."

So, yes: Once COVID vaccines are available, states could elect to require that people who live within that state be vaccinated.

By and large, our immunization schedule begins as children, and we have to show proof of vaccination to go to school. It is a more complicated administrative manner to have a vaccine mandate that applies to adults because there isn't a point of common intersection with the state or with some agency of the state the way we have with children. I don't have a clear idea of this, but that would be something that states would have to work into a mandate. A requirement that people be vaccinated is only as effective as the way of ensuring that they are.

That also raises issues that the vaccine has to be made available without charge or in a way that allows people to get coverage for it if it's not covered by their insurance. Again—how are we able to keep track?

The other advantage that school-based proof of vaccination offers is for people who have some medical reason to not be vaccinated. All vaccine mandates include a medical exemption for people whose health would be imperiled because of an allergy to something in the vaccine or because they are immunocompromised or any other reason. When you go to school and show your proof-of-vaccination certificate or show that you've been exempted and you're not vaccinated, it means that public health offices have a record of who is and who isn't vaccinated. In the event of an outbreak of one of these vaccine-preventable diseases, we can identify and isolate the people who haven't been vaccinated and who are obviously at higher risk for being infected.

The goal of a vaccination campaign is to have as many people as possible vaccinated. The exemptions that you spoke about would keep a number of people from becoming vaccinated. This was an issue with measles in recent years—there were too many exemptions and that's what caused outbreaks. Is that something we might be up against with COVID-19?

Yes, absolutely. The measles outbreak in New York was about a year or two ago and, in California, it was traced to Disney World in 2014 or 2015.

The reasons for these outbreaks were religious exemptions in New York and personal belief exemptions in California. The legislators of California and New York revoked nonmedical exemptions as a result so that they could ensure higher rates of people immunized against measles. And, guess what? The rate of measles immunizations did go up when those exemptions were removed.

One of the reasons that nonmedical exemptions were introduced in the first place was to try to respond to and prevent vaccine-related backlash. There's a very strong culture in this country and others of personal autonomy and not wanting the government to force you to do something or tell you what to do. People wanted to be able to make their own decisions about the risks they're willing to take. The introduction of these exemptions, in part, was kind of like a safety valve to let some of the pressure out of the system so that people could feel that they had some choice.

Although it seems counterintuitive, providing some opt-out mechanism in fact can protect the overall integrity and legitimacy of the vaccine regime and public health. Yes, the goal of public health is to ensure that as many people as possible are vaccinated to prevent further transmission of disease. This leaves the question of "How best do we achieve that goal?" A vaccine mandate looks like it's the most straightforward way to do it. But, if we have a lot of backlash and resistance to it, how do we then bring those folks onside?

One approach might be to start with a strong recommendation and education campaign. Physicians and health care providers can be part of this effort to educate people about the safety of vaccines. A particular issue that we may face with a COVID-19 vaccine that does arise with other vaccines, but not to the same degree, are questions about [safety] because it's brand new. Measles, mumps, rubella, polio, and smallpox vaccines have been around for decades, if not even longer. They are regarded as safe and we have decades of data. But COVID-19 vaccines are brand new, so there will probably be more concerns—even among people who are fully vaccinated against other diseases and who have vaccinated their children.

One approach, perhaps, to start is strong recommendation, and being transparent—as drug companies are doing their best to do—about what they know about safety. Then, once the vaccines are available, states can make it as easy as possible to get vaccinated. Even in the absence of a mandate, when you are vaccinated, there are public records kept and they can see what percentage of residents have voluntarily been vaccinated. If the percentage is high enough to ensure that the whole community is protected, there wouldn't be a need for a mandate.

Can private employers mandate a vaccine?

They can and they have. It's very common in particular sectors. An employer has to have a "reasonable basis." If you worked in retail, I'm not sure a corporate entity could require that. They may want you to and recommend it, but it wouldn't be reasonably related to the requirements of their job.

But in sectors in which the employees are themselves at greater risk of contracting vaccine-preventable illnesses or who work with populations that are especially vulnerable if they do get sick, like hospital workers, health care workers, and people who work in [long-term care] facilities, employers have required that their staff be vaccinated against the flu each year.

Another thing that states could do, short of a requirement across the board that everybody be vaccinated, is they could begin with a mandate that focuses on those sectors—people who are themselves at greater risk or who work in proximity with vulnerable populations. We don't want the employees themselves getting sick and being a bridge, or "vector," to infecting others who are vulnerable. People may object, but some more targeted form of vaccine mandate may make sense and also be possible. 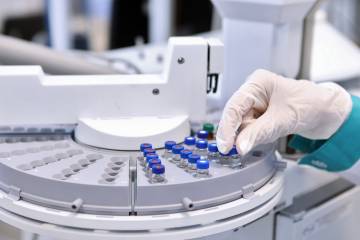 Published Nov 13, 2020
Public health expert Josh Sharfstein discusses what makes an RNA vaccine so special and why the announcement of an effective Pfizer vaccine is so important 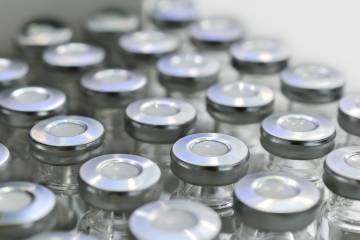