A team led by students probes the mass-radius relation of white dwarf stars, observing in their data evidence of quantum mechanics and Einstein's theory of general relativity 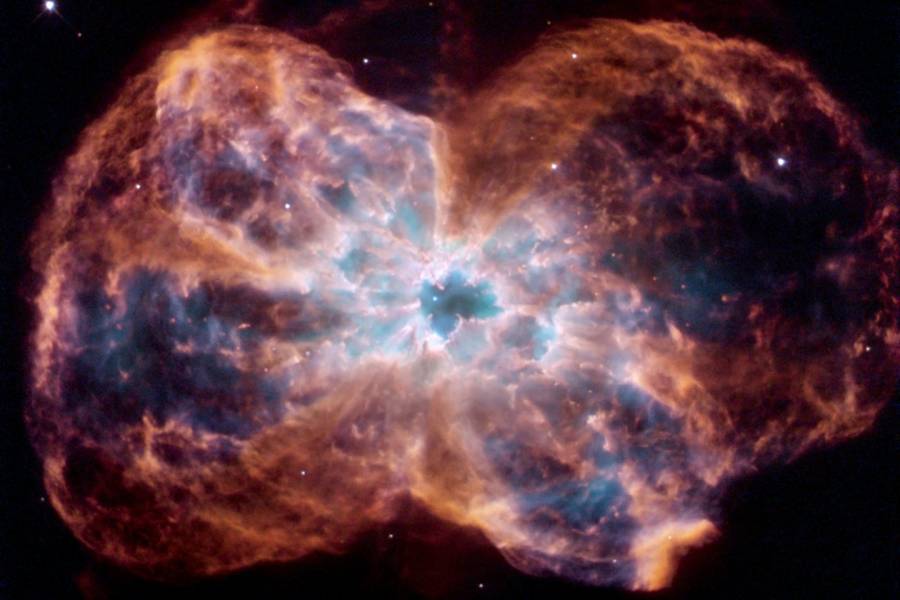 At the heart of every white dwarf star—the dense stellar object that remains after a star has burned away its fuel reserve of gases as it nears the end of its life cycle—lies a quantum conundrum: as white dwarfs add mass, they shrink in size, until they become so small and tightly compacted that they cannot sustain themselves, collapsing into a neutron star.

This puzzling relationship between a white dwarf's mass and size, called the mass-radius relation, was first theorized by Nobel Prize-winning astrophysicist Subrahmanyan Chandrasekhar in the 1930s. Now, a team of Johns Hopkins astrophysicists has developed a method to observe the phenomenon itself using astronomical data collected by the Sloan Digital Sky Survey and a recent dataset released by the Gaia Space Observatory. The combined datasets provided more than 3,000 white dwarfs for the team to study.

A report of their findings, led by Hopkins senior Vedant Chandra, is now in press in Astrophysical Journal and available online on arXiv.

"The mass-radius relation is a spectacular combination of quantum mechanics and gravity, but it's counterintuitive for us—we think that as an object gains mass, it should get bigger," says Nadia Zakamska, an associate professor in the Department of Physics and Astronomy who supervised the student researchers. "The theory has existed for a long time, but what's notable is that the dataset we used is of unprecedented size and unprecedented accuracy. These measurement methods, which in some cases were developed years ago, all of a sudden work so much better and these old theories can finally be probed."

"The way I extolled it to my granddad is, you're basically seeing quantum mechanics and Einstein's theory of general relativity coming together to produce this result. He was very excited when I put it that way."
Vedant Chandra
Johns Hopkins undergraduate student

The team obtained their results using a combination of measurements, including primarily the gravitational redshift effect, which is the change of wavelengths of light from blue to red as light moves away from an object. It is a direct result of Einstein's theory of general relativity.

"To me, the beauty of this work is that we all learn these theories about how light will be affected by gravity in school and in textbooks, but now we actually see that relationship in the stars themselves," says fifth-year graduate student Hsiang-Chih Hwang, who proposed the study and first recognized the gravitational redshift effect in the data.

The team also had to account for how a star's movement through space might affect the perception of its gravitational redshift. Similar to how a fire engine siren changes pitch according to its movement in relation to the person listening, light frequencies also change depending on movement of the light-emitting object in relation to the observer. This is called the Doppler effect, and is essentially a distracting "noise" that complicates the measurement of the gravitational redshift effect, says study contributor Sihao Cheng, a fourth-year graduate student.

To account for the variations caused by the Doppler effect, the team classified white dwarfs in their sample set by radius. They then averaged the redshifts of stars of a similar size, effectively determining that no matter where a star itself is located or where it's moving in relation to Earth, it can be expected to have an intrinsic gravitational redshift of a certain value. Think of it as taking an average measurement of all the pitches of all fire engines moving around in a given area at a given time—you can expect that any fire engine, no matter which direction it's moving, will have an intrinsic pitch of that average value.

These intrinsic gravitational redshift values can be used to study stars that are observed in future datasets. The researchers say that upcoming datasets that are larger and more accurate will allow for further fine-tuning of their measurements, and that this data may contribute to the future analysis of white dwarf chemical composition.

They also say their study represents an exciting advance from theory to observed phenomena.

The team is even finding captive audiences for their research at home—where they've conducted their work amid the coronavirus pandemic.

"The way I extolled it to my granddad is, you're basically seeing quantum mechanics and Einstein's theory of general relativity coming together to produce this result," Chandra says. "He was very excited when I put it that way." 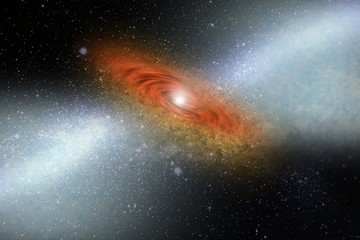 Why fewer stars are born