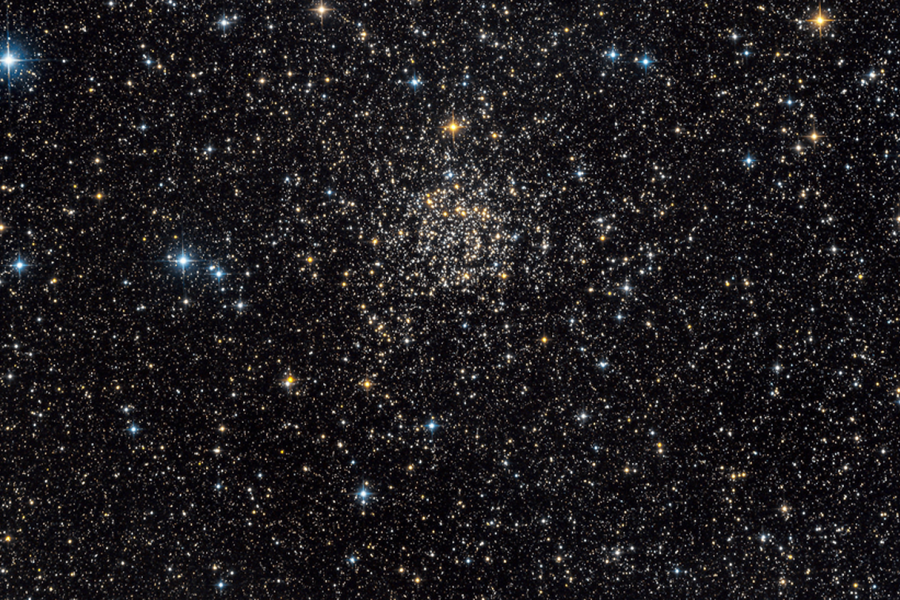 Image caption: NGC 7789, also known as Caroline's Rose, is an old open star cluster of the Milky Way, which lies about 8,000 light-years away toward the constellation Cassiopeia. It hosts a few White Dwarfs of unusually high mass.

As dying stars take their final few breaths of life, they gently sprinkle their ashes into the cosmos and the magnificent planetary nebulae. These ashes, spread via the stellar winds, are enriched with different chemical elements, including carbon. Findings from a Johns Hopkins study published in Nature Astronomy show that the final moments of these dying stars, called white dwarfs, shed light on carbon's origin in the Milky Way.

"The findings pose new, stringent constraints on how and when carbon was produced by stars of our galaxy, ending up within the raw material from which the sun and its planetary system were formed 4.6 billion years ago," says Jeffrey Cummings, an associate research scientist in the Johns Hopkins University's Department of Physics & Astronomy and an author on the paper.

The origin of carbon, an element essential to life on Earth, in the Milky Way galaxy is still debated among astrophysicists. Some believe low-mass stars whose carbon-rich envelopes were blown away by stellar winds became white dwarfs, and others believe carbon was synthesized in the winds of massive stars that eventually exploded as supernovae.

Using data collected from the Keck Observatory near the summit of Mauna Kea volcano in Hawaii between August and September 2018, the researchers analyzed white dwarfs belonging to the Milky Way's open star clusters. Open star clusters are groups of up to a few thousand stars held together by mutual gravitational attraction.

From their analysis, the research team measured the white dwarfs' masses, and using the theory of stellar evolution, also calculated their masses at birth.

"The findings pose new, stringent constraints on how and when carbon was produced by stars of our galaxy, ending up within the raw material from which the Sun and its planetary system were formed 4.6 billion years ago."
Jeffrey Cummings
Associate research scientist

The connection between the birth masses to the final white dwarf masses is called the initial-final mass relation, a fundamental diagnostic in astrophysics that contains the entire life cycles of stars. Previous research always found an increasing linear relationship: the more massive the star at birth, the more massive the white dwarf is left at its death.

But when Cummings and his colleagues calculated the initial-final mass relation, they were shocked to find that the white dwarfs from this group of open clusters had larger masses than astrophysicists previously believed. This discovery, they realized, broke the linear trend other studies always found. In other words, stars born roughly 1 billion years ago in the Milky Way didn't produce white dwarfs of about 0.60-0.65 solar masses, as it was commonly thought, but they died leaving behind more massive remnants of about 0.7-0.75 solar masses.

The researchers say that this kink in the trend explains how carbon from low-mass stars made its way into the Milky Way. In the last phases of their lives, stars twice as massive as the Milky Way's Sun produced new carbon atoms in their hot interiors, transported them to the surface, and finally spread them into the surrounding interstellar environment through gentle stellar winds. The research team's stellar models indicate that the stripping of the carbon-rich outer mantle occurred slowly enough to allow the central cores of these stars, the future white dwarfs, to grow considerably in mass.

The team calculated that stars had to be at least 1.5 solar masses to spread its carbon-rich ashes upon death.

The findings, according to the study's first author Paola Marigo, from the University of Padova, helps scientists understand the properties of galaxies in the universe. By combining the theories of cosmology and stellar evolution, the researchers expect that bright carbon-rich stars close to their deaths, like the progenitors of the white dwarfs analyzed in this study, are presently contributing to the light emitted by very distant galaxies. This light, which carries the signature of newly produced carbon, is routinely collected by the large telescopes from space and Earth to probe the evolution of cosmic structures. Therefore, this new understanding of how carbon is synthesized in stars also means having a more reliable interpreter of the light from the far universe. 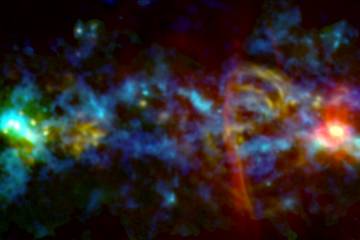 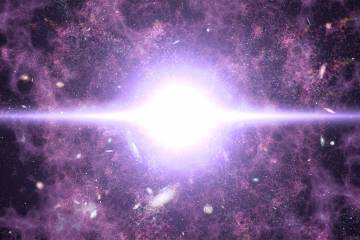 Dark matter may be older than the big bang

Published Aug 8, 2019
Mathematical model suggests dark matter may have been produced before the big bang during cosmic inflation, when space was expanding rapidly