Can corporations be trusted after regulations are eased during the pandemic? 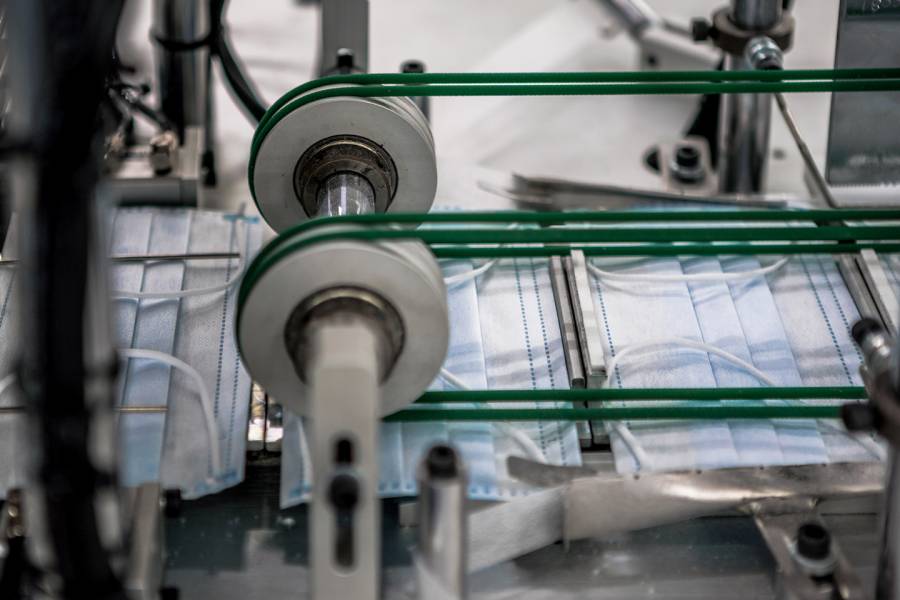 Image caption: Antitrust regulations that prevent corporate collusion were relaxed so companies could work together to manufacture much needed medical supplies such as masks. But will firms do the right thing when the viral threat is over?

Around the start of the COVID-19 crisis, U.S. and European government officials decided to relax their usual vigilance of possible collusion among business interests. The authorities took this uncommon action of easing antitrust guidelines to in order to promote intercorporate cooperation to manufacture sorely needed supplies in the fight against the pandemic, especially medical equipment.

Economist Valerie Suslow, a professor and the vice dean of faculty and research at the Johns Hopkins Carey Business School, has devoted years of study to industrial organization, with a focus on the causes, tactics, and repercussions of cartel activity—or the activity of similarly interested corporations. Suslow and her frequent research collaborator, University of Michigan economist Margaret Levenstein, discuss the implications of easing antitrust regulations during the pandemic—both the positive and negative.

In what ways have government authorities eased antitrust regulations during the COVID-19 crisis?

The Department of Justice, Antitrust Division, together with the Federal Trade Commission, released a joint statement in March which explicitly indicated that coordination among those developing improved tests, treatments, and vaccines is permitted. They emphasized that "there are many ways firms, including competitors, can engage in procompetitive collaboration that does not violate the antitrust laws."

Alliances between manufacturing firms that might otherwise be seen as competitors are permitted to bring technical know-how and resources together to address the pandemic crisis. These agencies are using existing and well-established processes to review such proposals for collaboration and are prioritizing these requests to give companies rapid turnaround on decisions. The European Union has made a similar statement, as have the competition authorities in many other countries.

Is this relaxing of regulations open-ended or set for a finite period?

The joint statement from DOJ and FTC says that it is for a limited time: "These sorts of joint efforts, limited in duration and necessary to assist patients, consumers, and communities affected by COVID-19 and its aftermath, may be a necessary response to exigent circumstances that provide Americans with products or services that might not be available otherwise," they advise.

What do you see as the positive and negative impacts of this policy change?

On the positive side: In the case of a crisis around a novel disease, existing supply chains are not likely to immediately produce what is necessary—a large increase in ventilators or a new vaccine, for example. We ordinarily rely on prices as signals for allocating resources. In a crisis, there isn't time for that. An ordinary increase in demand—say, for face masks—would lead to an increased price, which would in turn cause companies to increase output from existing plants or build additional capacity; the market price would return to its long-run cost while satisfying the increased demand in the meantime. But it takes time to bring on new capacity and forge novel relationships along the supply chain. Firms may be reluctant to invest to increase supply if they expect this newly increased demand will go away quickly. Allowing firms to collaborate temporarily may reduce the costs and the risks of making these necessary rapid changes.

As for negatives: Research shows that practicing collusion is good for perfecting it. Economic research on the impact of periods of permissiveness toward collusion suggests that firms allowed to cooperate during the National Industrial Recovery Act in the early 1930s were more effective at colluding tacitly when antitrust laws were again actively enforced.

During the Great Depression, a period of significant price deflation, Presidents Hoover and Roosevelt both imagined that price fixing would stem deflation and help in recovery. The more common approach today is to use monetary and fiscal policy to combat the business cycle. After NIRA was found unconstitutional, Roosevelt became a strong proponent of competition policy, and the U.S. promoted the adoption of such policies around the globe after World War II.

The analogy to the situation we find ourselves in today is that the primary tools for combating the pandemic should be public health tools. Competition authorities are appropriately focused on providing exemptions and flexibility narrowly, to address the public health crisis, without unduly undermining competition for the long term.

What can government do to ensure that companies don't take undue advantage of the situation, in either the near or long term?

After Congress passed the American Recovery and Reinvestment Act of 2009 to counteract the Great Recession, the DOJ launched a program to train government officials at all levels on detecting collusion to reduce bid rigging (a form of collusion) in procurement. Oversight of the dispersal of large quantities of money is critical to preventing collusion and corruption. There are other mechanisms that antitrust authorities can put into place and pitfalls to watch for, as we have written about before.

The biggest long-term threat to competition may be from closures of otherwise stable and productive firms, which result in increased concentration of market power. Similarly, there may be acquisitions of firms that have been weakened by the crisis. The crisis has brought attention to the level of concentration that has been permitted to emerge in many supply chains (e.g., meat packing). This level of concentration can have efficiencies but can also undermine competition, and in this instance can create serious vulnerabilities in food supply.

Following the Great Recession, the rate of entry of new firms in the U.S. stayed low for a decade. Not surprisingly, entry of new businesses has plummeted in the past two months. We know that new entry is an important component of competition, deterring collusion and bringing new ideas, technologies, and products to the forefront. It is critical that steps be taken to encourage new firm startups (or re-starts, for those who are now paused) in order to preserve competition as we recover.

Over the past few decades, the U.S. and many other nations have greatly enhanced their capacity to guard against corporate collusion. Given this level of government scrutiny, what would lead some companies to run the risk of getting caught at cartel activity?

There's a lot of money to be made by raising prices, and certain firms (particularly in certain types of industries, locally, nationally, and internationally) are willing to take the risk. At this time, there may be a sense, given signals from DOJ and others, that the government is likely to be more flexible, reducing the deterrence that has resulted over the past couple of decades from earlier prosecutions. 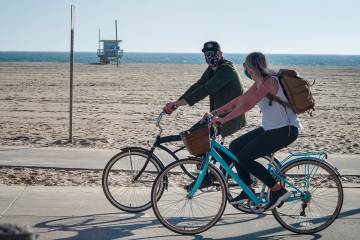 'Reopening an infected economy is no shortcut' to financial recovery

Published May 19, 2020
Alessandro Rebucci, an economist at the Carey Business School, says in order to revive the economy, the coronavirus pandemic must be brought under control 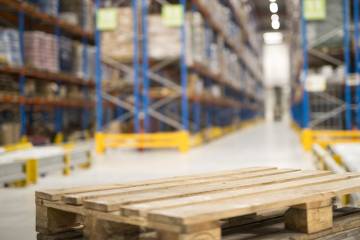 Published April 6, 2020
Goker Aydin, an operations management expert at the Johns Hopkins Carey Business School, discusses how the ongoing coronavirus pandemic is disrupting the exchange of goods around the world