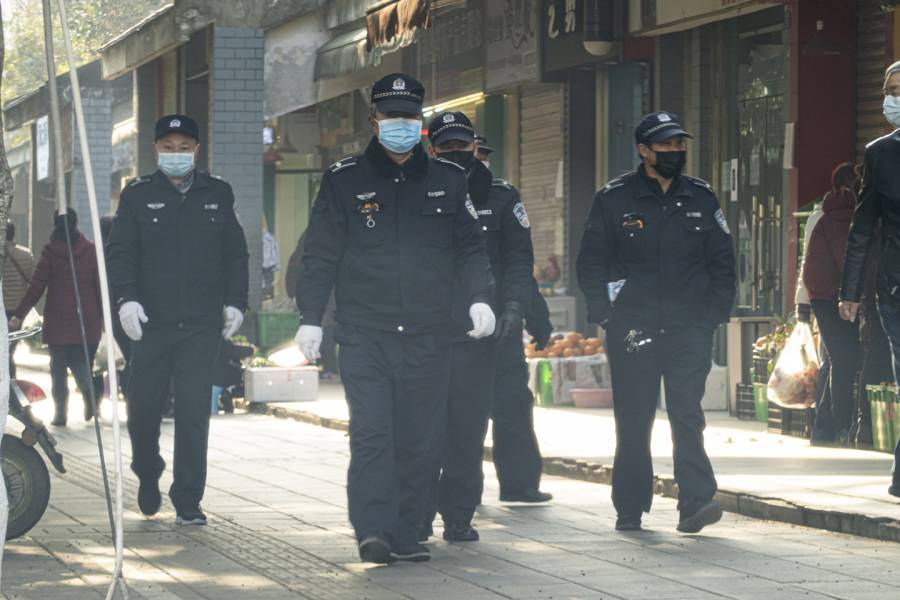 Recognizing disinformation during the COVID-19 pandemic

Thomas Rid, SAIS faculty expert on cybersecurity and disinformation, discusses the efforts by foreign countries to influence the public's understanding of the COVID-19 pandemic

The ongoing worldwide coronavirus pandemic hasn't been immune to the problem of rampant disinformation—intentionally misleading information or propaganda. In fact, the European External Action Service of the European Union recently stated in a report on disinformation and the COVID-19 pandemic that "despite their potentially grave impact on public health, official and state-backed sources from various governments, including Russia and—to a lesser extent—China, have continued to widely target conspiracy narratives and disinformation both at public audiences in the EU and the wider neighborhood."

Thomas Rid, a professor of strategic studies at the Johns Hopkins School of Advanced International Studies and author of Active Measures: The Secret History of Disinformation and Political Warfare, joined Johns Hopkins MPH/MBA candidate Samuel Volkin to share his expertise in international security and intelligence and discuss how disinformation has impacted the COVID-19 pandemic.

Disinformation, historically, is almost always a mix of fact and forgery. The mix is, say, 80% fact to give enough credibility so that recipients cannot dismiss the information as something false, and 20% forgery and false information in order to deceive the intended audience and undermine their trust.

What is the goal of disinformation? 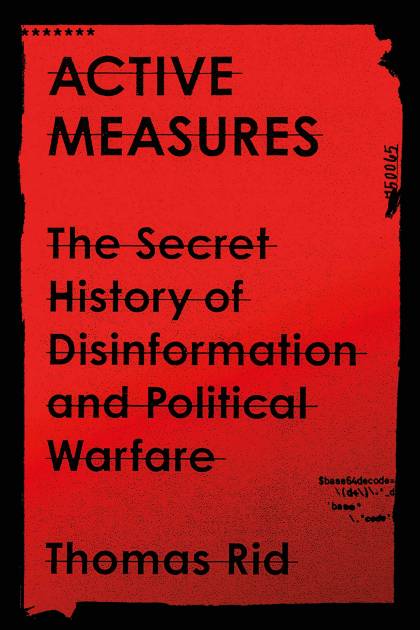 In today's context of COVID-19, the purpose can simply be to airbrush a narrative. For example, China is trying to influence how foreign media and foreign governments react to its management of the COVID-19 pandemic. And China is getting better at influence operations.

What forms has disinformation taken during the COVID-19 pandemic?

Especially in the context of the COVID-19 crisis, the word disinformation is fraught. First of all, there is genuinely wrong information circulating that was once believed to be true. It has been difficult to adjust our knowledge and response to an evolving situation. Knowledge that has been discredited by better evidence is not disinformation or even misinformation.

However, there has been disinformation spread in the form of foreign government influence campaigns. Other governments are trying either to exploit fear and uncertainty in order to make their adversaries look bad or to deflect blame and pressure away from themselves.

Recently, China pressured the EU not to publish certain comments in a report on disinformation that contained statements about the Chinese Communist Party's influence operations on COVID-19. China warned the EU not to call them out, and the EU actually relented and censored their reports because of the threats that China was making. China is using its economic leverage in order to pressure governments to change their behavior.

Is the spread of disinformation often tied to infectious disease outbreaks?

But we also have to appreciate that major health crises will give rise to organic, homegrown conspiracy theories, conspiracy theories that now spread faster than in the past, and that are easier to look up and find online—historically some of the best disinformation campaigns were inspired by such organic conspiracy theories, and interacted with them. The AIDS-as-bioweapon myth is a case in point.

How can leaders combat disinformation?

A political leader is responsible for explaining this very complex and scary situation to the general public in a way that demonstrates their control in handling the crisis and communicates the best available scientific and public health guidance to the public. Professionalism, deep attention to detail, and a calm approach are exactly what you need in a crisis like this. Angela Merkel, the chancellor of Germany who is a scientist by training, is able to explain to the German population what they're up against—how the virus is spreading and the reasoning behind her policies—in a very sober and easy-to-understand way.

I think it is much harder for Americans to trust their political leaders than it is for citizens of other developed countries during this pandemic. That's both because the nature of the statements that we see from some elected officials and representatives may actually be adding to the public's level of uncertainty and fear, and because we are already so deeply polarized as a nation. This in turn makes it easier for outside forces to take advantage of fear and further polarize divisions within the United States.

How can the general public avoid being exposed to disinformation?

Social media companies must balance the First Amendment and freedom of speech with the risk of spreading false information about a disease that can kill people as a result of not taking proper precautions. That is a hard dilemma for social media companies—they are tending to err on the side of caution right now because we are dealing with a disease that can actually kill people. In recent weeks we have seen many media companies rightly becoming more restrictive in what they tolerate on their platforms.

The media also has an important role to play. The main task of journalists is to sift through large amounts of information and present accurate content using clear language. The best newspapers will provide the public with information that's as accurate as possible at that moment on the evolving crisis. There are also scientists at Johns Hopkins and other institutions who go even deeper to provide publicly available accurate information and data to back it up. 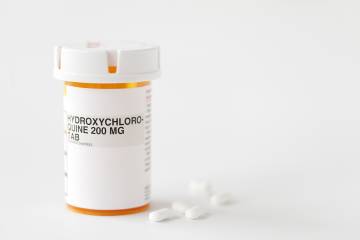 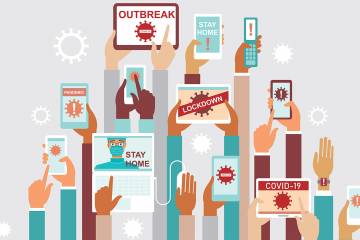