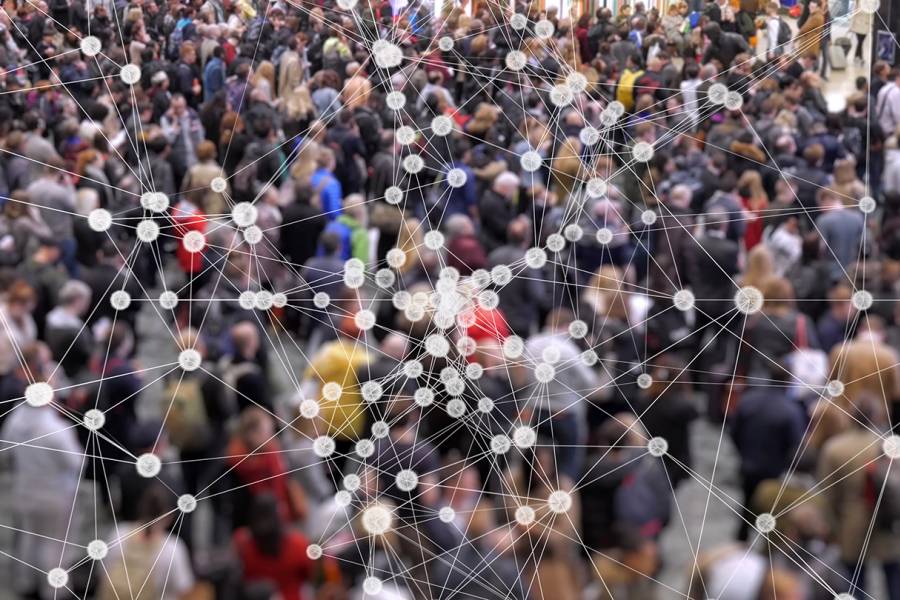 COVID-19 and the long road to herd immunity

Achieving herd protection can stop the spread of an infectious disease within a population, but as experts from the Johns Hopkins Bloomberg School of Public Health explain, the U.S. is nowhere near that point with SARS-CoV-2, and getting there could prove difficult

A version of this Q+A was published earlier this month by the Bloomberg School of Public Health.

When the coronavirus that causes COVID-19 first began to spread, virtually nobody was immune. Meeting no resistance, the virus moved quickly through communities, and ultimately around the world. In the absence of an effective treatment or vaccine, stopping it will require a significant percentage of the population to acquire immunity, a state that epidemiologists refer to as herd immunity.

For example, if 80% of a population is immune to a virus, four out of every five people who encounter someone with the disease won't get sick, and thus won't spread the disease any further. In this way, the spread of infectious diseases can be kept under control. Depending on how contagious an infection is, typically 50% to 90% of a population must be immune to achieve herd immunity, according to Gypsyamber D'Souza and David Dowdy, infectious disease experts at the Johns Hopkins Bloomberg School of Public Health.

But reaching that level of immunity, particularly with a disease as deadly as COVID-19, can come with significant risks and costs. In this Q+A, D'Souza and Dowdy examine what we know—and what we don't know—about COVID-19 immunity, describe multiple paths to herd protection, and explain why the fastest option is not the best one.

Historically, how have we achieved herd immunity for other infectious diseases?

Measles, mumps, polio, and chickenpox are examples of infectious diseases that were once very common but are now rare in the U.S. because vaccines helped to establish herd immunity. We sometimes see outbreaks of vaccine-preventable diseases in communities with lower vaccine coverage because they don't have herd protection—the 2019 measles outbreak at Disneyland is an example.

For infections without a vaccine, even if many adults have developed immunity because of prior infection, the disease can still circulate among children and can still infect those with weakened immune systems. This was seen for many of the aforementioned diseases before vaccines were developed.

Other viruses, like the flu, mutate over time, so antibodies from a previous infection provide protection for only a short period of time. In the case of the flu, this is less than a year. If SARS-CoV-2, the virus that causes COVID-19, is like other coronaviruses that currently infect humans, we can expect that people who get infected will be immune for months to years, but probably not for their entire lives.

How many people are already immune to SARS-CoV-2?

The short answer is that we don't know. Study results released on April 27 suggest that 21% of New York City residents have antibodies to SARS-CoV-2, meaning they had likely been exposed to the virus. In most other places, these numbers are lower. For example, in testing done on April 3-4 in Santa Clara County, California, 3% of residents had these antibodies.

How Sweden has faced the virus without a lockdown

These studies used tests that look at antibodies, because antibodies are an easily detected measure of immune response and are sometimes an indicator of who is protected from infection. However, we do not know if people with antibodies to SARS-CoV-2 are immune—and if they are, how long any protection might last.

What are the concerns with antibody testing?

Antibodies to some viruses (for example, the measles or mumps) do provide immunity to those diseases, but that is not always the case. Based on experience studying other coronaviruses, it is likely that people with antibodies to SARS-CoV-2 may have some protection, meaning they may be less likely to get reinfected or might have less severe symptoms if reinfected, or might not get reinfected at all. But we don't know that for sure, nor do we know how long any such protection might last. Not all antibodies are protective against the disease—for example, people with antibodies to hepatitis C virus are not necessarily protected from reinfection.

Another issue with using serological (antibody) tests as an estimate of immunity is that not all antibody tests are of high quality. There are reports of false-positive test results with some of the SARS-CoV-2 antibody tests, which can be a problem if they incorrectly identify people as antibody-positive. For example, if an antibody test has a specificity of 98%—meaning that 98% of people without antibodies correctly test negative—that still means that 2% of all people without antibodies will test false-positive. If the true prevalence of antibodies to SARS-CoV-2 in a population is 2% (which we think it is now in many places), using a test with 98% specificity would mean that approximately half of all people testing positive do not actually have antibodies to the virus. This impact of false-positives is larger when most people who are being tested don't have the antibodies being tested for.

Ultimately, to know how many people are immune to SARS-CoV-2, we'll need to know not only how many people have antibodies (a number that will increase in the coming months), but also how protective those antibodies are (so-called correlates of immunity). To know this, we need to make sure that existing antibody tests are high-quality, and we need to perform additional studies to evaluate whether having antibodies provides protection against reinfection.

Is there anything we can say about levels of immunity right now?

Although we don't know for sure whether people who have antibodies are immune, it's very likely that most people without antibodies to SARS-CoV-2 are not immune because this is a new virus to which most people's immune systems have never been exposed. Therefore, although we don't know exactly how many people are immune to SARS-CoV-2, we can say with reasonable confidence that, as of this moment, the vast majority of Americans—probably well over 95%—are not immune to SARS-CoV-2. The percentage of the population with immunity is likely higher in hotspots like New York City, but even there, studies show that most people—at least two-thirds—do not have antibodies, and therefore do not have immunity, against SARS-CoV-2. In other words, most of us are still very much at risk of developing COVID-19.

What will it take to achieve herd immunity with SARS-CoV-2?

As the numbers above demonstrate, herd immunity is still a long way away. But in the long run, as with any other infection, there are two ways to achieve herd immunity: A large proportion of the population either gets infected or gets a protective vaccine. Based on early estimates of this virus's infectiousness, we will likely need at least 70% of the population to be immune to have herd protection. There are a few ways that might be achieved.

Why is getting infected with SARS-CoV-2 to "get it over with" not a good idea?

With some other diseases, such as chickenpox before the varicella vaccine was developed, people sometimes exposed themselves intentionally as a way of achieving immunity. For less severe diseases, this approach might be reasonable. But the situation for SARS-CoV-2 is very different: COVID-19 carries a much higher risk of severe disease and death.

The death rate for COVID-19 is unknown, but current data suggest it is 10 times higher than for the flu. It's higher still among vulnerable groups like the elderly and people with weakened immune systems. Even if the same number of people ultimately get infected with SARS-CoV-2, it's best to space those infections over time to avoid overwhelming our doctors and hospitals. Quicker is not always better, as we have seen in previous epidemics with high mortality rates, such as the 1918 flu pandemic.

What should we expect in the coming months?

Scientists are working furiously to develop an effective vaccine. But neither a widely available vaccine nor herd immunity is likely to be a reality in 2020. Hopefully during this time, the quality of antibody tests will improve, and we will get a better idea of whether having antibodies to SARS-CoV-2 provides protection against reinfection—and if so, how much. In the meantime, since most of the population remains uninfected with SARS-CoV-2, some measures will be required to prevent explosive outbreaks like what we've seen in New York City and elsewhere.

The physical distancing measures needed may vary over time and will not always need to be as strict as our current shelter-in-place orders. But unless we want hundreds of millions of Americans to get infected with SARS-CoV-2—which is what it would take to establish herd immunity in this country—life is not likely to be completely "normal" again until a vaccine can be developed and widely distributed. 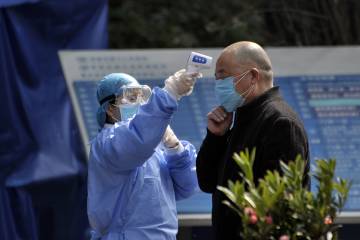 Published April 28, 2020
Analysis of data from Shenzhen, China, shows how extensive testing and contact tracing stopped the outbreak in a southern Chinese megacity