Robert Siliciano, a professor of medicine at the Johns Hopkins University School of Medicine, has been named to the American Academy of Arts and Sciences, a career distinction that recognizes leaders in academia, the arts, and public affairs. 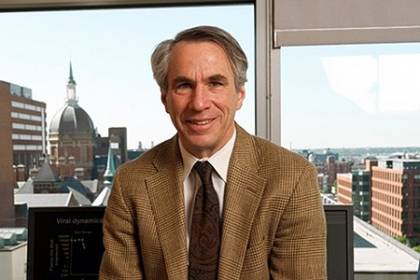 An expert in infectious diseases, Siliciano studies the viral reservoirs that sustain HIV infection and prevent curing. In 1995, his laboratory found that certain types of T cells are capable of remaining infected, although inactive, in patients with HIV-1 infection, and that these latent infected cells can remain in the body indefinitely, even in patients whose HIV is managed by antiretroviral therapies. These studies indicated that eradication of HIV-1 infection with antiretroviral therapy alone would never be possible.

The latent HIV-1 reservoir is now widely recognized as the major barrier to curing HIV-1 infection. Siliciano, whose research also seeks to understand how the T-cell reservoir is established and maintained, has been recognized with a Distinguished Clinical Scientist Award from the Doris Duke Charitable Foundation and two merit awards from the National Institutes of Health. He was elected to the National Academy of Medicine and the National Academy of Sciences in 2017.

Siliciano is one of 276 new members elected to the Academy, which was founded in 1780 by John Adams, John Hancock, James Bowdoin, and others. The 2020 cohort of new members includes folk singer-songwriter and activist Joan Baez, former Attorney General Eric Holder, filmmaker Richard Linklater, author Ann Patchett, and poet and playwright Claudia Rankine. 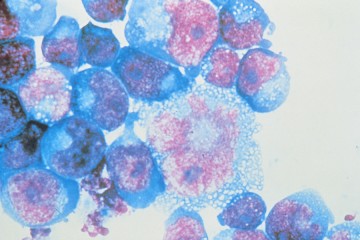