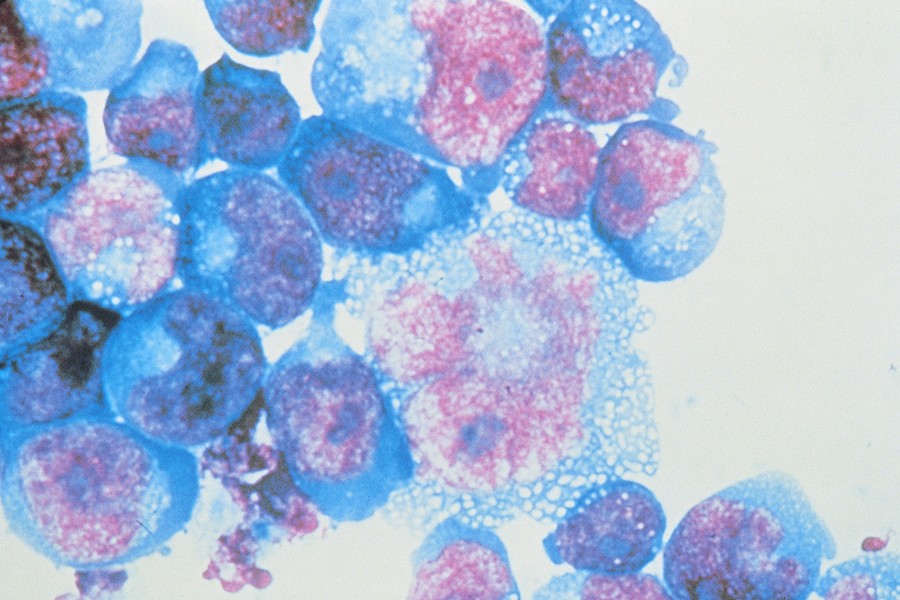 Researchers at Johns Hopkins Medicine have found new evidence that immune cells infected with a latent form of HIV are able to proliferate, replenishing the reservoir of virus that is resistant to antiretroviral drug therapy.

Although HIV can be controlled with therapy in most cases, the proliferation of such reservoir cells pose a persistent barrier to developing a cure for HIV, researchers say.

"Treatments now are so good that if we are able to eliminate the reservoir, we could cure HIV."
Robert Siliciano
JHU professor of medicine

"We knew before that the reservoir is very long lived," says Robert Siliciano, professor of medicine at the Johns Hopkins University School of Medicine. "But what we didn't know was how the reservoir was maintained. Now it is clear that these cells aren't just sitting there but are dividing and replenishing themselves."

A report on the new research, published March 24 in the Journal of Experimental Medicine, says resting CD4+ T cells not only make up the latent reservoir of HIV in those infected, but also have the potential to reactivate the production of active virus throughout the body.

Previously, Siliciano explains, researchers suspected that such cells could not proliferate without releasing the active form of HIV. Although some cells did release HIV during stimulation triggered by Siliciano and his team in the laboratory, subsequent stimulations of each cell line also released more virus, suggesting that some of the latently infected cells divided without releasing the infectious virus and maintained the ability to do so in subsequent stimulations.

More than 1.2 million people in the U.S. are living with HIV, and one in eight of them are unaware that they are infected, according to the Centers for Disease Control and Prevention. Stigma and discrimination around HIV is still a major challenge to reaching and treating infected people, so the CDC estimates that only half of infected people have their virus under control with consistent treatment. However, the number of new HIV cases has fallen significantly since the 1990s and with improved awareness and improved treatments, the life expectancy of people infected with HIV is close to that of the general population.

"Treatments now are so good," Siliciano says, "that if we are able to eliminate the reservoir, we could cure HIV."

In the future, Siliciano and his team say they will search for specific factors that cause these cells to proliferate and to develop new techniques that allow them to study whether the location of the HIV genome in the cell's DNA affects this process.