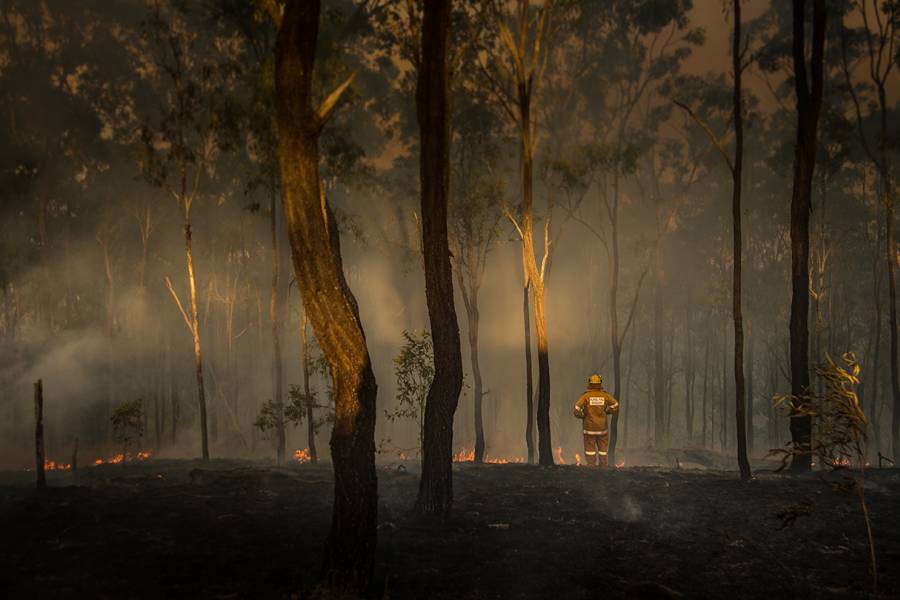 Poetry in a warming world

For decades, fiction, and especially science fiction, has led the literary field in its effort to grapple with climate change. Weather-induced catastrophes, rising sea levels that threaten to engulf coastal cities, and apocalyptic futures where Earth cannot sustain life mark the subgenre of speculative fiction that has earned itself a catchy moniker: cli-fi.

But Johns Hopkins graduate student Alex Streim believes poetry has the potential to give fiction a run for its money when it comes to capturing and exploring human anxieties about our warming planet.

"I'm quite committed to the idea that writing and reading poetry can be really powerful tools for comprehending climate change," says Streim, a PhD candidate in the Department of English. His dissertation focuses on 20th- and 21st-century American literature.

Poetry prevents us from falling into clichés. It reorganizes the way we structure our world through language, it punctures the typical ways we talk about climate change.
Alex Streim
PhD candidate, Department of English

This week, classes began for Streim's Intersession course on poetry and climate change. Divided into thematic units such as lament, revolt, defiance, and awe, the course features works by Jorie Graham, Brian Teare, Tommy Pico, Julian Talamantez Brolaski, and Juliana Spahr, among others. Streim says he was intentional about including works by diverse authors in the course's reading list.

"Climate change affects a wide range of people, and those who speak out and write from positions of power are not the only ones we should be listening to," Streim says.

The centerpiece of the reading list is Patricia Smith's Blood Dazzler, a finalist for the National Book Award that offers a chronology of events during Hurricane Katrina. It is told from a variety of perspectives, including those of the residents of New Orleans, the spirits of the recently deceased, and in a few instances, President George W. Bush. Perhaps most notable is that throughout the book, the storm speaks for itself:

I was birthed restless and elsewhere

gut dragging and bulging with ball lightning, slush, broke through with branches, steel

I was bitch-monikered, hipped, I hefted a whip rain, a swirling sheet of grit.

Scraping toward the first of you, hungering for wood, walls, unturned skin. With shifting and frantic mouth, I loudly loved the slow bones

of elders, fools, and willows.

The book also includes quotes from the National Hurricane Center, excerpts from emails between employees of the Federal Emergency Management Agency, and weather updates. Taken together, these various elements offer a look at how humans respond to disasters, Streim says.

"It features one storm and, in an interesting gesture, uses tools of personification quite regularly," Streim says. "My suggestion is, what if we read it as a climate change book, not just a disaster book or a hurricane book? Then what are the uses, and the costs, of such a gesture?"

Separately, Streim plans to examine how the book addresses the literary theory of "slow violence," which critic Rob Nixon describes as the effects of climate change that aren't obvious or don't result in extreme weather events.

Streim says he's interested in exploring how poets engage with the idea of slow violence when they talk about "aspects of climate change that don't show up in the news."

It's that final point that has Streim so excited to teach this course to undergraduates at Johns Hopkins. The issue of climate change, he argues, has its own vocabulary, its own manner of being described in newspapers and on television. The familiarity of that language prevents humans from engaging with the issue anew.

"Even though I care about climate change, I sometimes find myself even skimming through news articles that do attribute a certain disaster or drought to effects of climate change," Streim says. "That language no longer expresses to me the full reality of the situation. Poetry prevents us from falling into clichés. It reorganizes the way we structure our world through language and it punctures the typical ways we talk about climate change. And I think that will allow us to find new ways to react and new ways to do better." 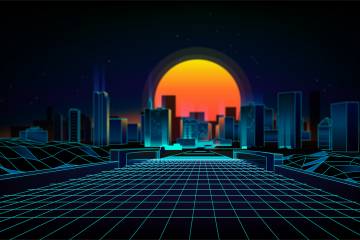