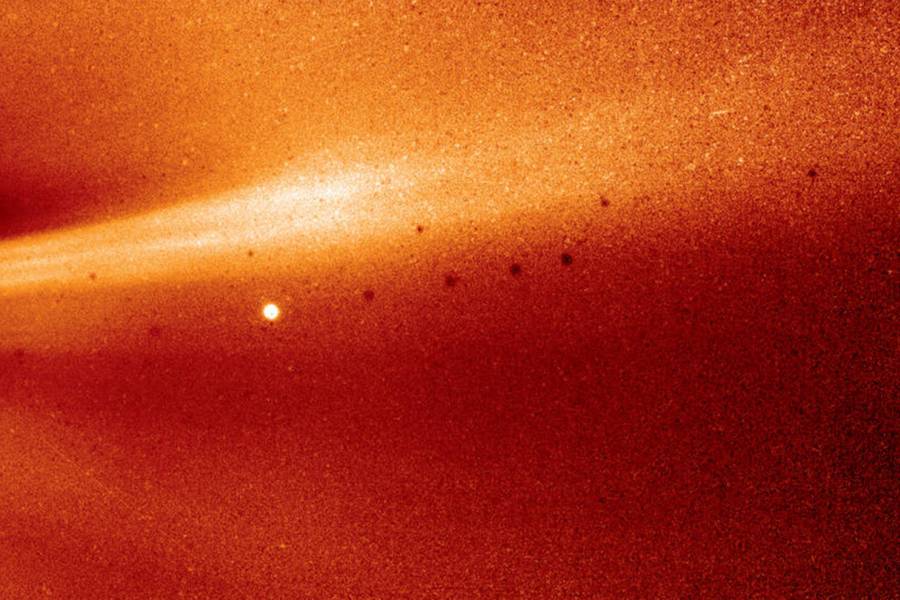 After completing three of 24 passes around the sun, the Parker Solar Probe collects data that adds to our understanding of space phenomena

Equipped with cutting-edge scientific instruments to measure the environment around the spacecraft, the Parker Solar Probe—designed, built, and managed for NASA by the Johns Hopkins Applied Physics Laboratory—has completed three of its 24 planned passes through never-before-explored parts of the sun's atmosphere.

Four new papers in the journal Nature describe what scientists have learned from this groundbreaking study of our star—and what they look forward to learning next.

Launched in August 2018, the Parker Solar Probe is part of a mission to better understand the sun and its effects on space weather around our planet. Aboard the probe are instruments that will gather data and relay it back to teams at universities and laboratories across the U.S. Through careful engineering and a groundbreaking thermal protection system developed at Johns Hopkins, the probe is able to travel through the sun's scorching hot atmosphere, called the corona, and provide up-close observations that will help scientists understand how to better protect astronauts and technology in space and will provide insights into the process by which stars are created and evolve.

"We've learned a great deal about our star in the past several decades, but we needed a mission like Parker Solar Probe to go into the sun's atmosphere," said Nour E. Raouafi, project scientist for Parker Solar Probe at APL. "It's only there that we can really learn the details of these complex solar processes. And what we've learned in just these three solar orbits alone has changed a lot of what we know about the sun."

Among the newly published findings from the mission are new understandings of how the sun's constant outflow of material—called solar wind—behaves. Like the sun itself, the solar wind is made up of plasma, where negatively charged electrons have separated from positively charged ions, creating a sea of free-floating particles with individual electric charge. As solar wind approaches Earth, it appears to be a relatively uniform flow of plasma, but Parker Solar Probe's observations reveal a complicated, active system closer to the sun that unleashes powerful bursts of light, deluges of particles moving near the speed of light, and billion-ton clouds of magnetized material. 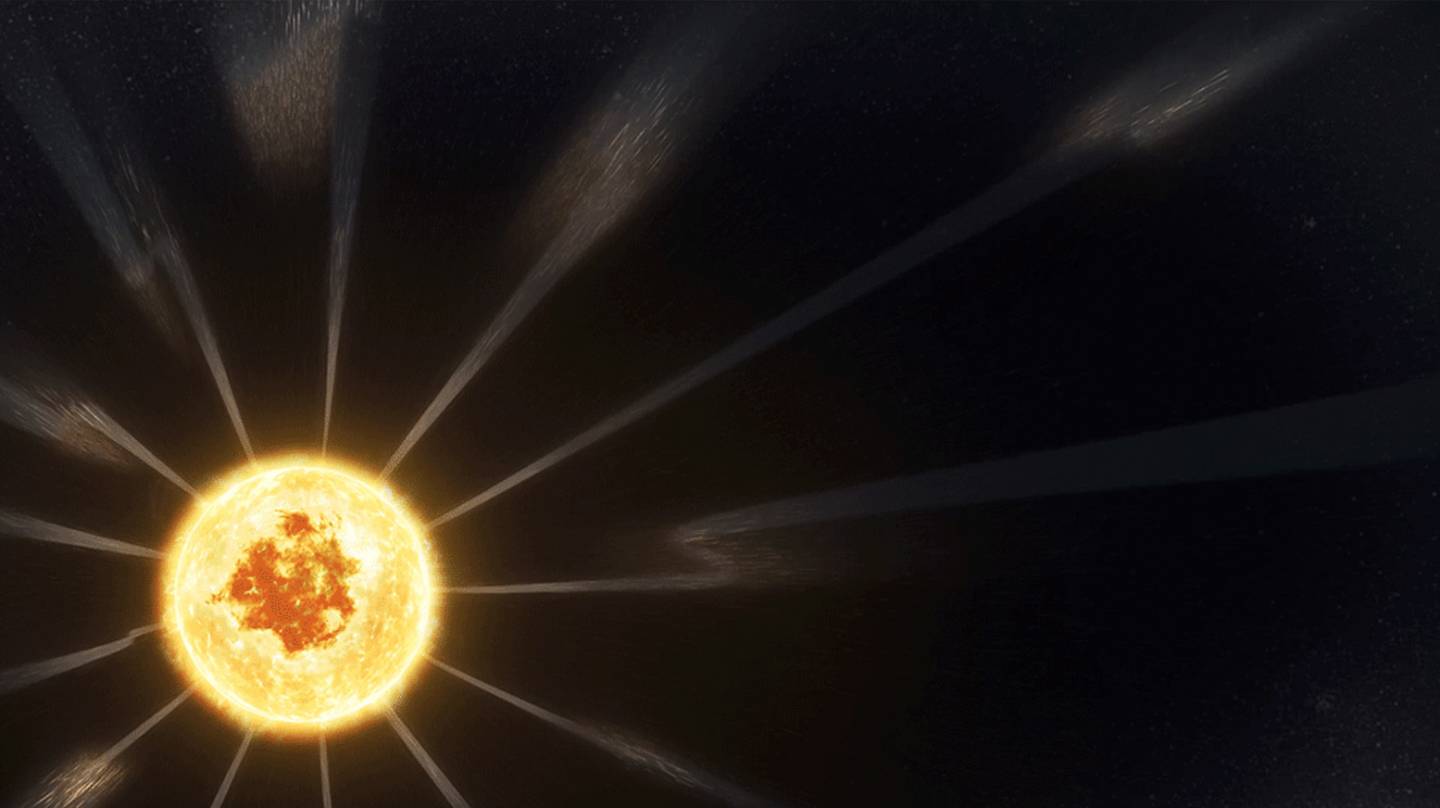 Image caption: Parker Solar Probe observed switchbacks—traveling disturbances in the solar wind that caused the magnetic field to bend back on itself—an unexplained phenomenon that might help scientists uncover more information about how the solar wind is accelerated from the Sun.

Instruments aboard the Parker Solar Probe surveyed the state of the solar wind by measuring and carefully analyzing how the electric and magnetic fields around the spacecraft changed over time, along with measuring waves in the nearby plasma. These measurements showed quick reversals in the magnetic field and sudden, faster-moving jets of material—all characteristics that make the solar wind more turbulent. During these magnetic field reversals—dubbed "switchbacks"—the magnetic field of a particle whips back on itself until it is pointed almost directly back at the sun. They can last anywhere from a few seconds to several minutes.

Image caption: Parker Solar Probe has made new observations of energetic particles (pictured) that will help scientists better understand how these events are accelerated.

All of this solar wind activity affects our planet, interacting with Earth's natural magnetic field, injecting damaging particles into the space where our satellites and astronauts fly, disrupting communications and navigation signals, and even triggering power outages. Parker Solar Probe's observations of switchbacks suggest that these events will grow even more common as the spacecraft gets closer to the sun. The mission's next solar encounter, scheduled for Jan. 29, 2020, will carry the spacecraft nearer to the sun than ever before and may shed new light on this process.

In addition to understanding more about how the particles in solar wind behave, Parker Solar Probe's measurements are bringing scientists closer to understanding how it flows out from the sun.

As the sun rotates, it releases solar wind. Initially, those particles of solar wind spin along with the star, but like children on a playground carousel, the particles increase speed the further from the center of rotation they are. At some point, the solar wind transitions from rotating along with the sun to flowing directly outward, or radially. Exactly where the solar wind transitions from a rotational flow to a perfectly radial flow has implications for how the sun sheds energy. Finding that point may help us better understand the life cycle of other stars or the formation of protoplanetary disks, the dense disks of gas and dust around young stars that eventually coalesce into planets.

Now, for the first time, Parker Solar Probe has been able to observe the solar wind while it rotates. The solar wind instrument detected rotation starting more than 20 million miles from the sun, and as the probe reached its closest approach, the speed of rotation increased. The strength of the circulation was stronger than many scientists had predicted, but it also transitioned more quickly than predicted to an outward flow.

Dust near the sun

Our solar system is awash in dust—the cosmic crumbs of collisions that formed planets, asteroids, comets, and other celestial bodies billions of years ago. Scientists have long suspected that, close to the sun, this dust would be heated to high temperatures by powerful sunlight, turning it into a gas and creating a dust-free region around the sun. But no one had ever observed it happening before.

By extrapolating this rate of thinning, scientists predict a truly dust-free zone starting a little more than 2-3 million miles from the sun—meaning Parker Solar Probe could observe the dust-free zone as early as 2020, on its sixth solar flyby.

Putting space weather under a microscope

In addition to creating solar wind, charged particles—both electrons and ions—contribute to explosive solar activity, creating events such as flares and coronal mass ejections, which send particles rocketing out into the solar system at nearly the speed of light. These storms of activity can reach Earth in under half an hour and can impact other worlds on similarly short time scales. These particles carry a lot of energy and can damage spacecraft electronics and even endanger astronauts, especially those in deep space, outside the protection of Earth's magnetic field. The short warning time for such particle storms makes them difficult to avoid.

Understanding exactly how these particles are accelerated to such high speeds is crucial. Parker Solar Probe can measure these particles just after they've left the sun, shedding new light on how they are released.

Already, Parker Solar Probe's instruments have measured several never-before-seen energetic particle events—events so small that all trace of them is lost before they reach Earth or any near-Earth satellites. These two instruments have also measured a rare type of particle burst with a particularly high number of heavier elements—suggesting that both types of events may be more common than scientists previously thought.

The instruments also provided unprecedented data that detailed structures in the corona and solar wind—including coronal mass ejections, or CMEs, which are billion-ton clouds of solar material that the sun sends hurtling out into the solar system. CMEs can trigger a range of effects on Earth and other worlds, sparking auroras or inducing electric currents that can damage power grids and pipelines.

A mission still under way

As Parker Solar Probe continues on its journey, it will make 21 more close approaches to the sun at progressively closer distances, culminating in three orbits a mere 3.83 million miles from the solar surface.

"The sun is the only star we can examine this closely," said Nicola Fox, director of the Heliophysics Division at NASA Headquarters. "Getting data at the source is already revolutionizing our understanding of our own star and stars across the universe. Our little spacecraft is soldiering through brutal conditions to send home startling and exciting revelations." 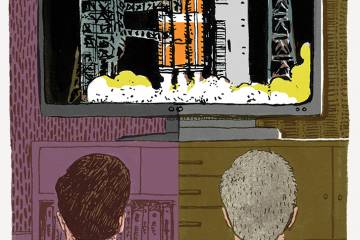 Launch of a lifetime