While most of the Western Hemisphere slept, an APL-built spacecraft prepared to make history 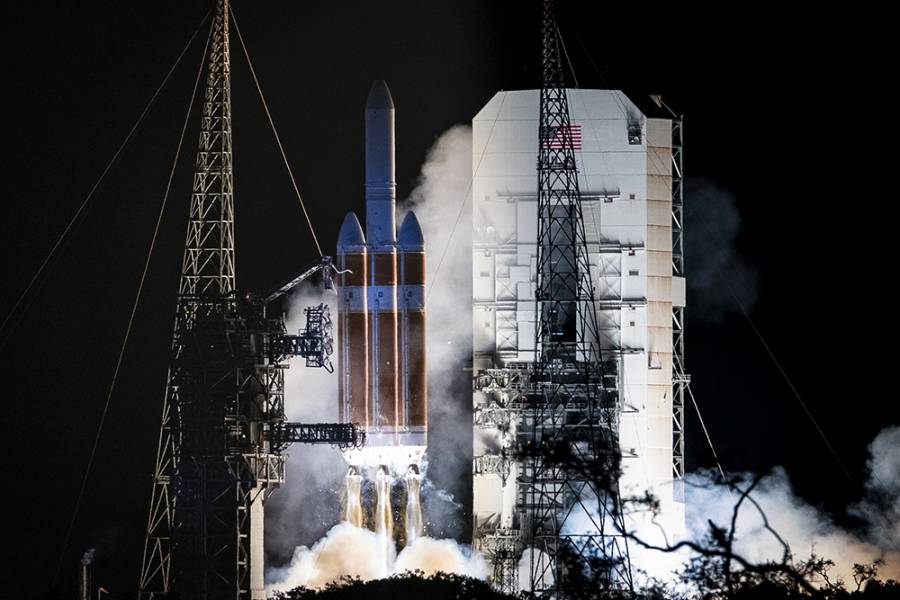 Image caption: Delta IV Heavy rockets blast off from Cape Canaveral to help give the Parker Solar Probe a boost on its way to the sun

In the wee hours of the morning Sunday, Parker Solar Probe launched from Cape Canaveral Air Force Station in Florida. Lifting off at 3:31 a.m. aboard a Delta IV Heavy rocket, the APL-built spacecraft began its historic journey to the sun, where it will record data and take measurements to help explain the mysteries of Earth's closest star. 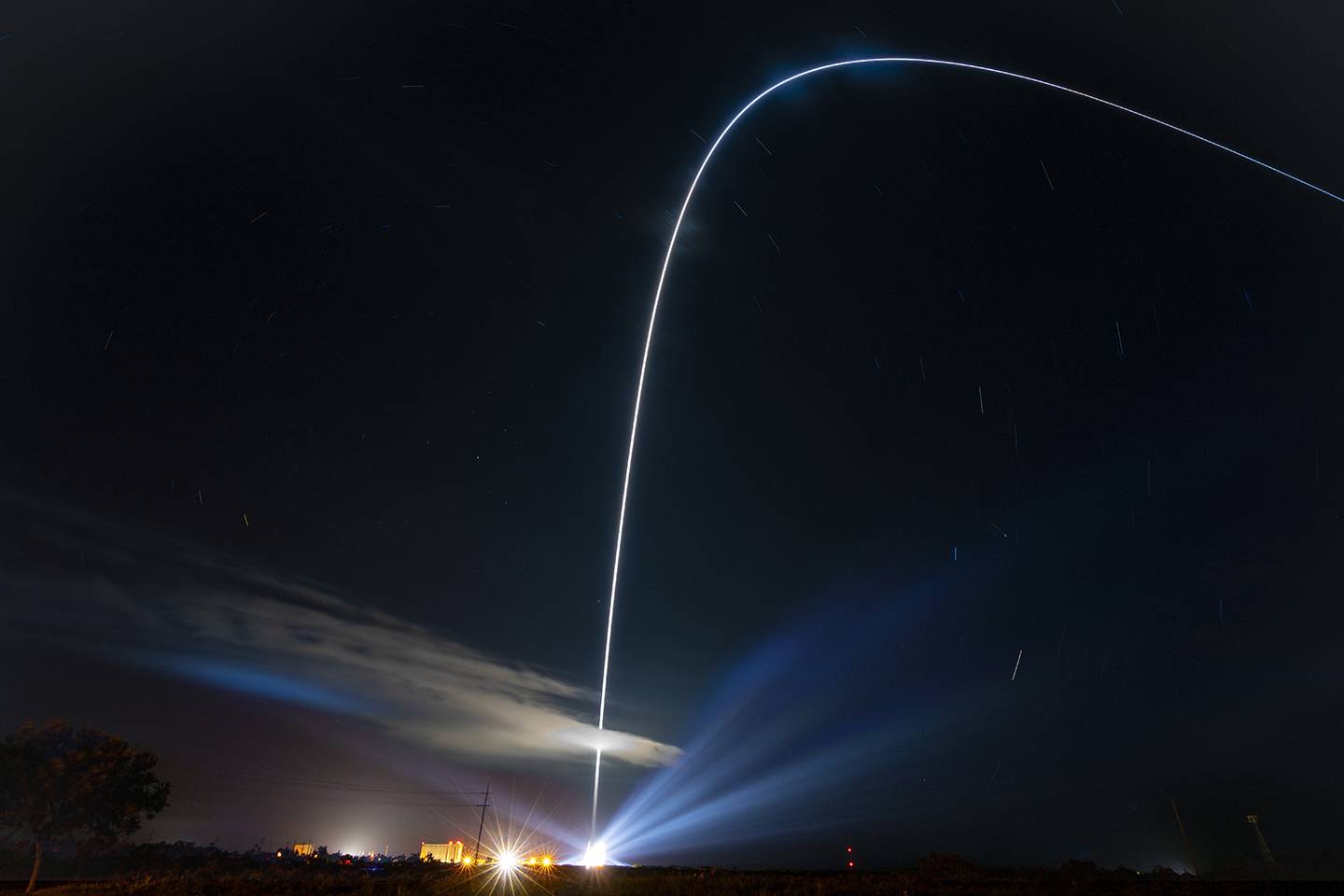 Just two and a half minutes after launching, the rocket carrying the Parker Solar Probe was burning propellant at a rate of about 5,000 pounds per second. Just three minutes after launch, the launch vehicle was traveling at 4,500 miles per hour. After just six and a half minutes, the external fairing protecting the solar probe while it traveled through Earth's atmosphere detached, completing the boost phase of the probe's journey.

During its seven-year mission, the solar probe will explore some of the sun's greatest mysteries: Why is the solar wind a breeze closer to the sun but a supersonic torrent farther away? Why is the corona itself millions of degrees hotter than the surface of the sun? What are the mechanisms behind astoundingly fast-moving solar energetic particles? The mission's findings will help researchers improve their forecasts of space weather events, which have the potential to damage satellites and harm astronauts in orbit, disrupt radio communications, and at their most severe can overwhelm power grids.

Sunday's launch concluded 60 years of planning and effort. Eugene Parker, the heliophysicist who first theorized the existence of solar wind in 1958, attended the launch. He is the only living person to have a NASA mission named after him.

"This mission truly marks humanity's first visit to a star that will have implications not just here on Earth but how we better understand our universe," said Thomas Zurbuchen, associate administrator of NASA's Science Mission Directorate. "We've accomplished something that decades ago, lived solely in the realm of science fiction."

The Johns Hopkins Applied Physics Lab will provide mission control for Parker Solar Probe. Over the next two months, the spacecraft will fly toward Venus, performing its first Venus gravity assist in early October—a maneuver a bit like a handbrake turn that whips the spacecraft around the planet, using Venus' gravity to trim the spacecraft's orbit tighter around the sun. This first flyby will place Parker Solar Probe in position in early November to fly as close as 15 million miles from the sun—closer than anything made by humanity has ever gone before. Data will begin to be transmitted back to Earth in December.

As of this morning, APL's mission operations manager reported that the spacecraft was healthy and operating nominally. For more updates, check back with the Hub.