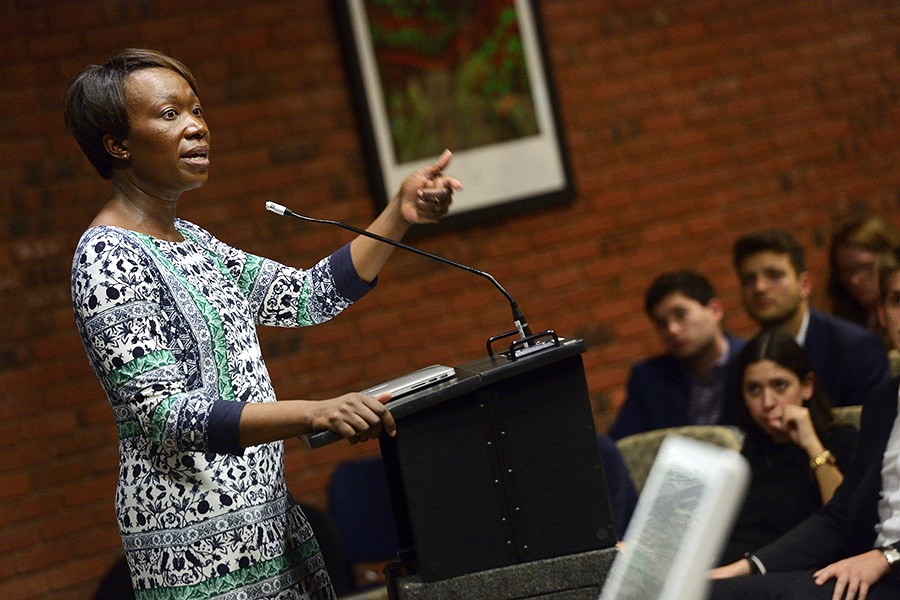 To explain the phenomenon of fake news, political analyst Joy-Ann Reid goes back as far as the early 1900s, to lynchings in the South.

At a time when detached objectivity was the guiding principle for journalism, she said, activists like Ida B. Wells were starting to call out the moral failures of that approach.

"Very gruesome affairs were reported in a very matter-of-fact way in the press," Reid said, resulting in headlines like: "3,000 Will Come to Watch Negro Burn."

"The problem with fake news is that it is furthering the racial and partisan divides in this country, and fracturing the U.S. in two directions. It's not clear that these 'two countries' would even have a peace treaty."
Joy-Ann Reid
MSNBC political analyst

As black newspapers began more passionately highlighting the savagery of such events, national papers of the North followed suit, and events such as the 1934 lynching of Claude Neal spurred widespread outrage.

This new style of journalism—casting actual victims and villains—carried over into the civil rights era, through Roe v. Wade, and beyond in a way that alienated many Americans, Reid suggested in a talk Thursday night at Johns Hopkins University. That sense of alienation, Reid said, ultimately fueled a growing sentiment of an "inherent liberal bias" in the press, and the backlash against that perceived bias is what gave rise to Fox News, Breitbart, and the wild conspiracy theories that circulate on the far-right fringes.

What we are left with, the outspoken MSNBC correspondent said, is a media landscape that is "dangerous."

"The problem with fake news is that it is furthering the racial and partisan divides in this country, and fracturing the U.S. in two directions," she said. "It's not clear that these 'two countries' would even have a peace treaty."

Before Fox News, Reid said, came the explosion of conservative talk radio and Rush Limbaugh in the 1990s, providing an outlet for a news audience that felt alienated. She noted that Roger Ailes, the GOP strategist who created Fox News in 1996, did so after leaving a new channel called America's Talking—which would later become MSNBC.

"He quickly realized that where the real money was, the real opportunity was, was Fox," said Reid, who hosts the AM Joy weekend show on MSNBC.

Today the two cable news channels occupy opposite ends of the political spectrum, but Reid noted a key difference in viewing trends. While "people on the left tend to jump around" between MSNBC and its competitors, Fox single-handedly dominates for more conservative viewers, she said.

With online political coverage, Breitbart operates within a similar vacuum, Reid said, citing it as "the No. 1 source of online news for the GOP."

That was one of dozens of stats and figures Reid sprinkled in throughout her talk Thursday night, part of the student-run Milton S. Eisenhower Symposium at Johns Hopkins. Altogether, the data cemented the impression of an America more starkly polarized than ever before.

Reid, who got her start in local news in Miami and edited TheGrio.com before joining MSNBC in 2014, attested to the media's part in this polarization. The majority of newsrooms are clustered among more-liberal urban areas on the East and West coasts, she noted, with a tiny minority of reporters—7 percent, by one poll Reid cited—identifying as Republicans.

This "siloing of people into their own universe," she said, has created a ripe breeding ground for conspiracy theories among the far-right, from 9/11 trutherism and Obama birther rumors to the ongoing "scandal" of Hillary Clinton's role in the Uranium One deal.

President Donald Trump's regular attacks on mainstream media have not helped, Reid said, and hint at a dangerous shift toward authoritarianism.

"The only ingredients you need are leaders willing to exploit the truth, and a public willing to believe them," she said.

Aside from electing a "highly unifying president," Reid was short on ideas for how to repair these growing fissures, though she said she doubts the answers will come from the media alone.

"The reality is, we don't have access to everyone," she said. "We can't make people believe what they don't want to believe." 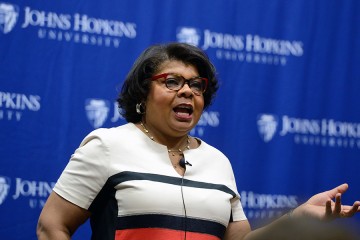 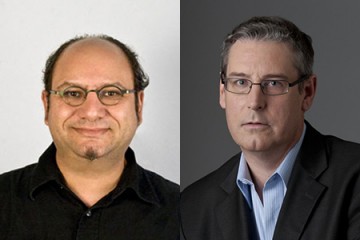