Baltimore's unrest, through the lens of a Parisian filmmaker 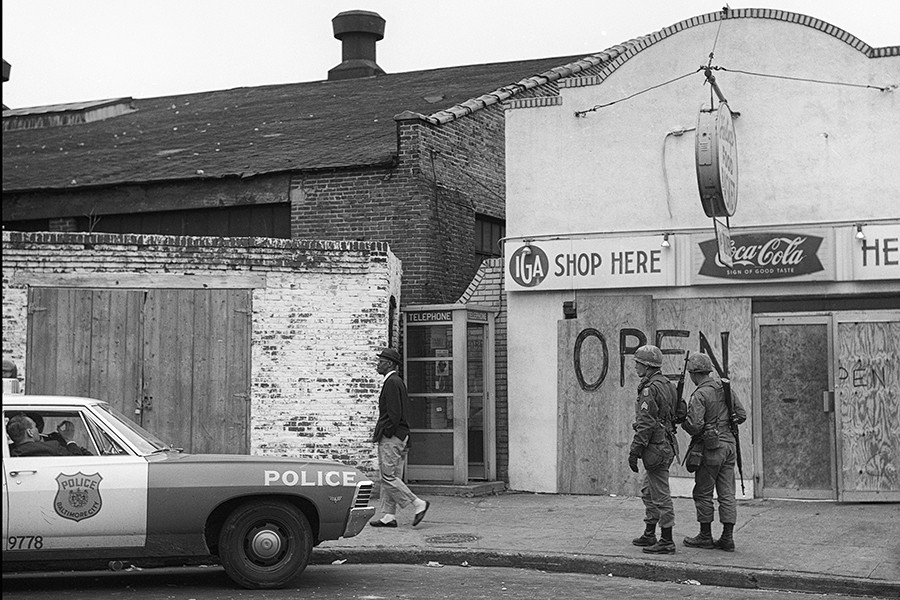 Sabrina Bouarour watched the April 2015 unrest in Baltimore from Paris. She watched the November 2015 Paris attacks, which were concentrated in the part of the city in which she lives, from Baltimore.

As a Paris native who first came to Baltimore in 2014 as a visiting scholar in the Johns Hopkins Humanities Center, she witnessed both events as someone emotionally connected to each place.

"I was watching the news and Baltimore was burning," Bouarour says of the 2015 protests in the city. "Then in November there were the attacks in my neighborhood, but I was in Baltimore, so I saw everything on television. I was always in the other place." 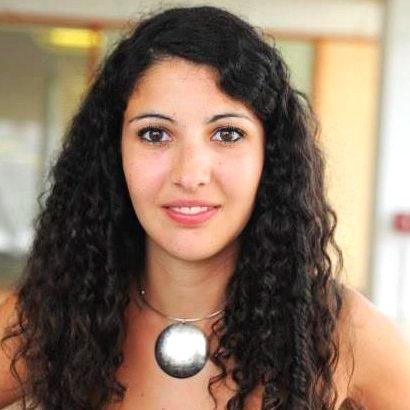 As a contributing Le Monde film journalist and PhD candidate in film and media studies at École Normale Supérieure/Université de la Sorbonne Nouvelle, she thought about the role images play in forming ideas and shaping the narratives we tell about an event. During Baltimore's unrest, TV showed "helicopter footage, and all you could see was smoke," she says. "Then, I would get on Facebook and my friends were posting videos about people around town getting together and cleaning everything up. These videos on social media were really different from the traditional coverage, and in Paris everyone was asking me about Baltimore, because from outside of the city, people think that the city was like The Wire. I'm like, 'No, that is not my vision of the city.'"

Lights of Baltimore, her first documentary film, takes a deep dive into how images are being used to shape Baltimore, its people, and its history, in the wake of the death of Freddie Gray, the unrest that followed, and the ongoing reexamination of America's racial politics. Her creative team includes a number of Hopkins graduate students and alumni she met during her time at Homewood, including co-producer David Lindeman, a philosophy PhD candidate; creative consultant Courtney Sender, a Writing Seminars MFA alum; and cinematographer Daniel Contaldo, a Program in Film and Media Studies alum. The project also includes Baltimore-based filmmakers Skizz Cyzyk and Joe Tropea.

During the past two years, Bouarour has returned to Baltimore to teach at the Baltimore Youth Film Arts program that the university first launched in 2015 and to follow the initial criminal trials of the six police officers charged in connection with Gray's death. A 2016 grant from Maryland Humanities helped Bouarour cover some of her production costs; now she's fundraising to cover the costs of the final edit of the film in Paris this fall, with hopes of finishing it by the spring.

The film grew out of an effort to document the different ways Baltimore's artists responded to Gray's death.

"At the beginning I was interested in the artistic responses to the Uprising, because I was hearing so many good songs and there were several street art projects created to address social justice issues in Baltimore," Bouarour says, adding that she and her crew started following projects in Sandtown-Winchester. "We started filming, and then step by step I started meeting activists who were talking about the police, and I recognize that I cannot make this film without having the voice of the police."

Reaching out to the police wasn't simply an effort to be journalistically balanced; Bouarour recognized that law enforcement, like activists and city officials, use images to craft the stories they feel explain what's going on. Security camera footage was used to reconstruct the 45-minute long route the police transport van took from the site of Gray's arrest in a West Baltimore neighborhood to the Western District police station. Officer's body camera footage is used to document what ostensibly happens during an arrest. And cellphone photos and video shared on social media can simultaneously show one thing in the mind of activists, another to members of law enforcement.

Even imagery as odd and disorienting as aerial drone footage contains a point of view related to power. Bouarour put together a 15-minute sizzle reel treatment of Lights of Baltimore for grant applications and fundraising efforts, which includes excerpts of drone footage broadcast on the news intercut with her interview with Baltimore Commissioner Kevin Davis commenting on how aerial imagery helps inform law enforcement deployment.

"You see the city from another perspective," Bouarour says of such imagery. "You are far from the ground and you're seeing what's on the ground, and I'm not religious, but it's like a God perspective. I think this footage is amazing because it's about surveillance."

In this short treatment, Bouarour visually echoes news footage of the 2015 Baltimore protests with news footage from the Baltimore riots of 1968 following the assassination of Martin Luther King. Watching Maryland Gov. Larry Hogan declare a state of emergency in April 2015 using language and imagery almost identical to that of then-Gov. Spiro Agnew in April 1968 visually, and provocatively, asks the viewer to consider what has changed—and what hasn't—in the city over nearly half a century. It's a way of examining and questioning history that film can uniquely explore.

Bouarour cites Werner Herzog and the brilliant French film essayist Chris Marker as influences, but she singles out Spike Lee's When the Levees Broke: A Requiem in Four Acts as the documentary project that most shaped her structure and approach in Lights of Baltimore. She wants to show how images told different stories about what was going on in Baltimore in April 2015, place those images in the context of how images shaped a story about a previous era of unrest, and explore both how images' meanings change depending on who is telling a story and how every image seen obscures one that isn't. Every second of screen time devoted to a corporate drug store in flames is a second not spent on asking what led to the socioeconomic conditions that afflict the Baltimore neighborhood where it's located.

"In my reading [of Lee's documentary film], it's about finding the story of the present in the light of the past," she says. "And this story is not being covered by the traditional media because it's not spectacular. There is so much news and so little time, so little space, that you have to be focused on what is most spectacular. What is not spectacular is the everyday life struggle."

The everyday life struggles happening right now are spotlighted in a free film series Bouarour curated with Laura Mason, a senior lecturer in the Johns Hopkins Department of History and Program in Film and Media Studies. Titled Young French Cinema in Baltimore, the series aims to create a political and cultural transatlantic conversation.

The series is free and open to the public, and all screenings take place at the Stavros Niarchos Foundation/Maryland Film Festival Parkway Theater.

Bouarour is hoping to finish Light of Baltimore by the spring 2018 to coincide with both the 50th anniversary of the 1968 riots in Baltimore and also the 50th anniversary of the May 1968 events in Paris. In both cases, like the events in both cities in 2015, images play a crucial role in how an era is remembered, talked about, and understood, particularly by citizens who don't traditionally have the power or resources to write the official versions of history.

Bouarour's parents were born in Algeria, and she grew up in the suburbs of Paris. While the experience of growing up Algerian in France isn't the same as growing up African-American in Baltimore, she's spent enough time in America to recognize that "there are big similarities and big differences when you compare the two countries, especially in the way of expressing racial tensions," she says. "But there's actually a very similar problem, like in Baltimore, where the people who should be doing the talking are not the people being heard." 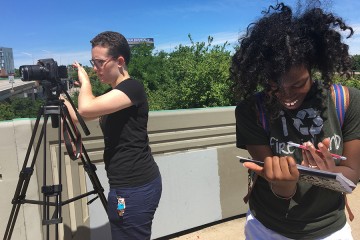