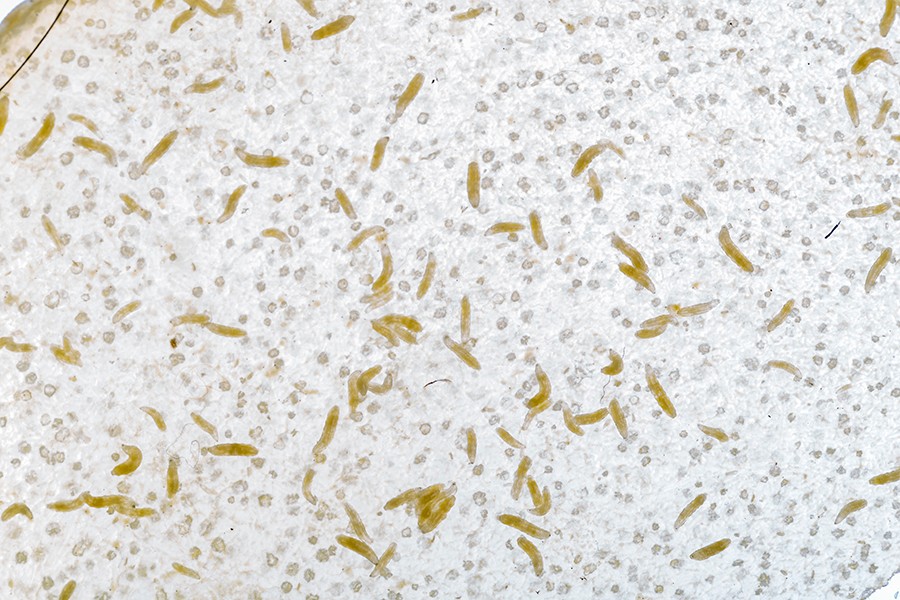 A Johns Hopkins University mathematician and computer scientist joined an international team of neuroscientists to create a complete map of the learning and memory center of the fruit fly larva brain, an early step toward mapping how all animal brains work.

In a paper published online in the journal Nature, the team reported on drawing up the map, known as a "connectome."

The project could serve as a guide as scientists work their way up the animal kingdom and eventually chart connections among neurons in the brains of mammals. The part of the fruit fly larva brain used in the study corresponds roughly to the cerebral cortex in mammals.

Other than for a roundworm brain with roughly 300 neurons, "nobody's ever done a complete connectome," said Carey E. Priebe, a professor in the Whiting School of Engineering Department of Applied Mathematics and Statistics.

The challenge of creating a connectome is roughly analogous to sorting out the relationships of all the parts of a complex electrical grid.

The portion of the fruit fly larva brain mapped in this project includes roughly 1,600 of the 10,000 neurons contained in a larva's entire brain. The adult fruit fly brain comprises roughly 100,000 neurons, and the leap in complexity to mammals is far greater still. At the top of the chain, the human brain contains 86 billion to 100 billion neurons.

For the newly published research, Priebe and Youngser Park, a computer scientist in the Whiting School's Center for Imaging Science, did a statistical analysis of connections among neurons that neuroscientists had found using electron microscopy in the fruit fly larva brain. Priebe and Park were part of a group of 17 scientists from eight research institutions in the United States, the United Kingdom, and Germany who took part in this work.

The Priebe and Park analysis reveals patterns of connections among the six types of neurons that had previously been misunderstood or were entirely unknown, contributing to a better understanding of how this portion of the fruit fly larva brain works. The challenge is roughly analogous to sorting out the relationships of all the parts of a complex electrical grid.

The new research focused strictly on the structural connections, leaving aside functional questions of how the connections are associated with particular behaviors. Those questions were taken up in research that Priebe and Park also worked on that was published three years ago in the journal Science. In that case, scientists identified 29 separate fruit fly larva behaviors, including crawling forward and backward, rolling, hunching up, and turning away from specific odors. The two Johns Hopkins researchers then mapped the neurons that trigger those actions.

A few months after that work was published in 2014, Priebe was awarded a two-year $300,000 grant from the National Science Foundation to continue the work on brain circuitry along with neuroscientists from the Howard Hughes Medical Institute's Janelia Research Campus in Virginia. Nine Janelia scientists worked on the new research published in Nature.

The NSF program supports the $100 million BRAIN Initiative launched by then-President Barack Obama in 2013. The effort marshals the work of several agencies to speed the development of new technologies in neuroscience to help researchers understand how the brain works.

While Priebe does not expect to see a complete synapse-level structural connectome for the human brain completed in his lifetime, he said the new work moves the effort a bit further along.