Carey Priebe, a noted mathematician at Johns Hopkins University, has been awarded a National Science Foundation Early Concept Grant for Exploratory Research for his work on the complex behaviors of the brain's circuitry. 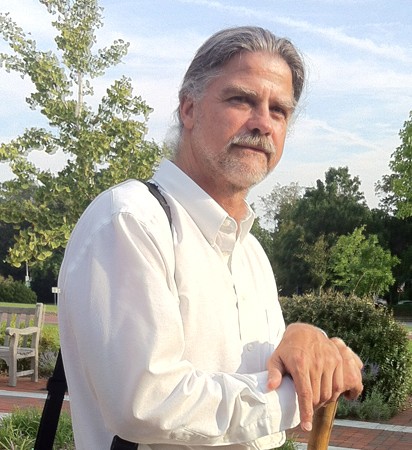 Priebe's project is one of 36 proposals to receive an EAGER award, a program established to fund and accelerate innovative and potentially transformative research projects involving the brain and how it works. Grant recipients get $300,000 over a two-year period.

Along with neuroscientists from the Howard Hughes Medical Institute's Janelia Farm Research Campus, Priebe, a professor in the Department of Applied Mathematics and Statistics in the university's Whiting School of Engineering, will develop statistical pattern recognition methods for understanding how the connectivity of neurons in the brain of fruit fly larvae induces behavior.

The team will create data sets that capture structural connectivity, functional connectivity, and induced behavior, and then develop mathematical models and algorithms that measure and provide meaning to the data. The results could shed light on how the nervous system induces behavior.

"We have to understand the three data sets, and their relationships to each other, and tailor the mathematical statistics to the vagaries of the data," Priebe says. "This will be a process that involves a lot of back and forth between the mathematicians and the neuroscientists."

Priebe's EAGER grant proposal builds on a study published this spring in the journal Science in which he and his colleagues identified the brain neurons that result in many kinds of movement made by fruit fly larvae. The team's research creates the possibility that scientists can build a similar neuron-behavior guide in humans, connecting nerve activation not only with movements but possibly with emotions and thoughts.

In that study, the team targeted specific neurons in the nervous systems of more than 1,000 different genetic lines of fruit flies and then stimulated them, recording the behavior that resulted. The behavior was documented by thousands of hours of video, showing how almost 40,000 larvae moved. Priebe, using specially developed software to cull the enormous amount of data, was able to sort it into 29 distinct behaviors.

A perspective piece on the research, published in the same edition of Science, called the study "a technical, multidisciplinary tour de force" that will "usher in a new era of integrated methods."

Because of the innovative nature of that study, Priebe was invited by NSF to submit a proposal to continue that line of research.

"The human brain is way too complicated to fully understand anytime soon," Priebe says. "The fruit fly larvae is much simpler, so let's start there. By examining fruit fly behavior, perhaps our findings and methodologies will prove beneficial to the eventual understanding of the human brain. But this is a good place to start."

The NSF EAGER program supports President Obama's BRAIN Initiative, a multiagency effort that looks at ways to speed up the development of new neurotechnologies that will ideally help researchers answer fundamental questions about how the brain works.

"Progress towards the goals of the BRAIN Initiative and our comprehension of the brain and behavior requires that scientists and engineers from diverse disciplines work together," NSF director France Córdova says. "NSF is proud to invest in collaborative, fundamental projects that incubate innovative ideas in this exciting area of inquiry."