Subsidized housing appears to boost high-performing kids but have the opposite effect on those with low test scores, behavioral issues

Living in subsidized housing seems to give a boost to children with high standardized test scores and few behavior problems, but it has the opposite effect on students who score poorly and have behavioral issues, a new study finds.

Previous studies have concluded that living in homes with rent assistance from the federal government—including public housing, units built as "affordable," and private market homes rented with vouchers—has no effect on children. But Johns Hopkins University researchers found that subsidized housing can significantly influence a young person's standardized test scores and behavior, particularly very high- and very low-performing children. The findings, which shed new light on how housing subsidies can improve children's wellbeing, were published online this month by the American Journal of Community Psychology.

"Studies have shown assisted housing has no effect on children, but what we found, looking at subgroups, is that this is not a one-size-fits-all situation," said co-author Sandra J. Newman, a public policy professor at JHU's Bloomberg School of Public Health. "Some kids do well and some kids do poorly."

Newman and researcher C. Scott Holupka examined 194 low-income children who lived in subsidized housing at some point when they were between ages 3 and 12, and compared them with 215 children of the same age whose families were eligible for housing assistance but did not receive it. The study then examined their standardized test scores for 2002 or 2007, when the young people would have been between 13 and 17 years old.

It's unclear why subsidized housing would cause test scores for low-performing students to drop even lower. The researchers suspect the boost for higher-performing children comes from parents who use the housing savings to invest more in enrichment for their kids. Newman and Holupka found in 2014 that how much a family spends on housing is linked to their children's cognitive achievement.

"Housing is a major budget burden for families, and assisted housing provides a way for low-income families to live affordably," Newman said. "If families don't have to worry as much about necessities, maybe they can do more to provide for their children financially." 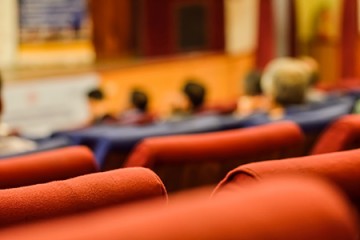 The high cost of for-profit schools