Young African-Americans from some of the country's most disadvantaged neighborhoods are drawn to for-profit post-secondary trade schools, believing they are the quickest route to jobs. But a new study co-authored by a Johns Hopkins University sociologist finds the very thing that makes for-profit schools seem so appealing—a streamlined curriculum—is the reason so many poor students drop out.

In a study of 150 black youth from some of Baltimore's lowest-income neighborhoods, researchers found that young people who attended for-profit institutions ended up in more debt and with fewer job prospects than they might have had they attempted two- or four-year nonprofit schools. The findings are available online in the journal Sociology of Education and shed new light on what attracts students to for-profit institutions and why they struggle to complete certifications.

"Some of these students might have been better suited for a two-year community college, which is a lot less expensive, or some could have gone straight into a four-year program. ... Young people in some of the most disadvantaged neighborhoods are trying to navigate the transition to a career with very little information."
Stefanie DeLuca, JHU sociologist

"The quick jump into for-profit schools really precludes other options that might be less costly and have a bigger return," said co-author Stefanie DeLuca, an associate professor at Johns Hopkins. "These young people are vulnerable to the flashy ads for these schools and lured in by how quickly they could get jobs."

DeLuca and co-author Megan M. Holland, an assistant professor of educational leadership at the University at Buffalo-SUNY, found most of the young people in their study, 53 percent, pursued occupational certification at for-profit trade schools.

These for-profit schools offer occupational training programs in fields like cosmetology, auto mechanics, computer networking, and phlebotomy. Most students who enroll in these programs are very low-income, and studies show the number of disadvantaged students choosing for-profit programs is increasing.

In Baltimore, the researchers interviewed 150 people in 2010. They were 15 to 24 years old and grew up in neighborhoods with poverty rates exceeding 50 percent and with African-American populations of at least 80 percent. When they were born, most lived in high-rise public housing and were on public assistance. Half of them grew up with one or both parents suffering from addictions and about the same number had a parent who had been incarcerated.

These young people had very grounded career expectations—most hoped to find working-class jobs as police officers, construction workers, administrative help, truck drivers, and nursing assistants, the researchers found. And because of their family and financial circumstances, they wanted to get these jobs as soon as possible.

For-profit trade schools appealed to their desire to get quickly to work, DeLuca and Holland found. With little to no career counseling in high school, the authors found the young people researched education options on their own and relied heavily on information they heard during TV commercials for for-profit schools, which emphasized the short duration of their programs.

Although most of the for-profit trade programs lasted less than two years, they were expensive and, unlike nonprofit schools, didn't allow undecided students to switch courses of study once a program was paid for upfront. Once enrolled, the young people tended to realize they'd committed to occupations they either weren't qualified for or didn't enjoy. They dropped out, or hopped from one program to another, or tried taking several programs at a time, racking up debt and increasing chances they would quit it all before earning certification.

Of the young people who enrolled in a for-profit college, only 31 percent earned certification by the time the study ended.

Although completion rates at community colleges were even worse, the students who chose for-profit colleges racked up more debt and their loan default rates were much higher, the study found. In Baltimore, the cost of attending the two most popular for-profit schools—Brightwood College (formerly TESST College of Technology) and FORTIS—was two to four times that of attending the most popular community colleges, the study found.

"Some of these students might have been better suited for a two-year community college, which is a lot less expensive, or some could have gone straight into a four-year program," DeLuca said. "This is about how young people in some of the most disadvantaged neighborhoods are trying to navigate the transition to a career with very little information." 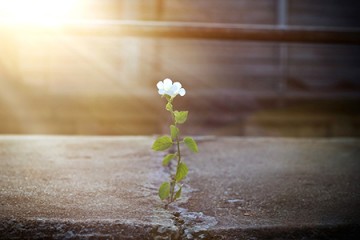 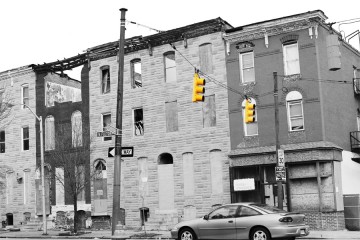