NASA's Juno and JEDI prepare to unlock the mysteries of Jupiter 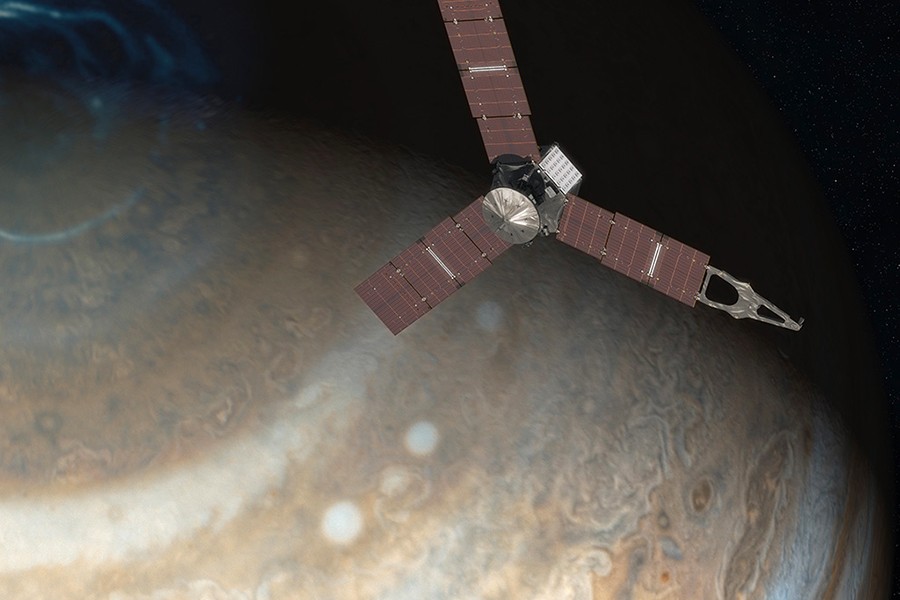 Image caption: NASA is sending the Juno spacecraft to Jupiter, to peer beneath its cloudy surface and explore the giant planet's structure and magnetic field.

On board NASA's Juno spacecraft—which is set to enter Jupiter's orbit on July 4—are instruments that will help scientists answer fundamental questions about not just the solar system's largest planet, but also about Earth and the universe.

Juno's principal goal is to understand the origin and evolution of Jupiter. Underneath its dense cloud cover, Jupiter safeguards secrets to the fundamental processes and conditions that governed our solar system during its formation. As our primary example of a giant planet, Jupiter can also provide critical knowledge for understanding the planetary systems being discovered around other stars.

With its suite of science instruments, Juno will investigate the existence of a solid planetary core, map Jupiter's intense magnetic field, measure the amount of water and ammonia in the deep atmosphere, and observe the planet's auroras.

"I view Jupiter as a missing link," says Barry Mauk of the Johns Hopkins University Applied Physics Laboratory. "Jupiter is the link between the nearby space environments we study at planets like Earth, and distant astrophysical systems where magnetic fields hold sway, such as early-stage star forming regions, and hyper-energetic radiation regions like the Crab Nebula. Juno is not only going to help us better understand Jupiter, it's going to help us better understand the universe around us and our place in it."

Mauk leads the investigation team for the Jupiter Energetic Particle Detector Instrument, or JEDI, which was built by APL and is part of Juno's payload.

JEDI consists of three shoebox-sized detectors, each of which views a three-dimensional, 120-degree-by-12-degree "slice" of the sky; the units are positioned to provide a continuous 360-degree sampling view of the space around Juno. These detectors will provide data on particles with energies in the 30 to roughly 1,000 kiloelectron volt range that surround the planet and help create the enormous and powerful auroras surrounding Jupiter's polar regions. JEDI detects electrons and ions such as protons, helium, oxygen, and sulfur that interact with Jupiter's atmosphere in creating the aurora; it also measures energetic neutral atoms emanating from Jupiter's auroral atmosphere. 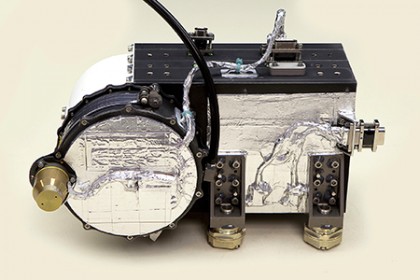 "A unique aspect of JEDI is its ability to simultaneously measure incoming particles from many directions, allowing JEDI to obtain nearly instantaneous snapshots of the complete particle distributions," says Dennis Haggerty, APL's instrument scientist for the JEDI investigation. "This capability is crucial for revealing the fundamental physics of Jupiter's aurora because of the extremely rapid speed of the Juno spacecraft as it passes over Jupiter's poles."

Juno will be moving at more than 30 miles a second across auroral structures known to be as narrow as 50 miles wide.

Each JEDI instrument combines a time-of-flight chamber with a series of solid-state detectors to determine the direction of motion, the speed, and the energy of energetic particles entering JEDI. These combined measurements also allow JEDI to determine the mass composition of the incoming particles.

That new information will help scientists in their quest to learn more about where the particles come from, how they are energized, and what triggers the release of energy from these particles into brilliant auroral displays.

"Jupiter has the most intense and interesting aurora in the entire solar system," says Mauk, who has studied particle systems at Earth, other planets, and throughout the solar system on NASA missions including Voyager, Galileo, the Van Allen Probes, Cassini, and Magnetospheric Multiscale. "Jupiter's aurora has a power density 10 times greater than Earth's and an overall power that is a factor of 100 greater. What we want to know is, how is this system energized?"

Along with JEDI, a second particle instrument called the Jovian Auroral Distributions Experiment, or JADE, will study lower energy particles involved in the same processes. JADE was built by the Southwest Research Institute in San Antonio, Texas.

The particle populations—electrons and ions—around Jupiter are powered in a different way than those at Earth. The solar wind provides the energy to the particles surrounding our planet, some of which are trapped in twin donut-shaped regions called radiation belts. At Jupiter, rotational forces produce the driving energy for the system—Jupiter rotates at a much higher speed than Earth; a Jupiter day lasts about 10 hours.

"From NASA's Van Allen Probes mission, we learned how high energy particles are accelerated at Earth," Mauk says. "Will it be different at Jupiter? We're going to find out."

Juno, which launched on Aug. 5, 2011, is the second spacecraft designed under NASA's New Frontiers Program. The first, the New Horizons mission to Pluto, flew by the dwarf planet in July 2015 after a nine-and-a-half-year flight. 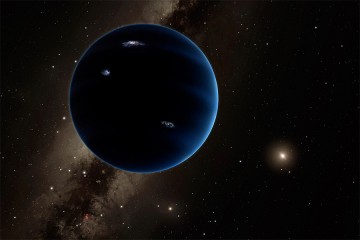