How a woman with amnesia defies conventional wisdom about memory

Lonnie Sue Johnson, 64, is unable to remember facts about pursuits once vital to her life as an artist, musician, and amateur aviator, while clearly remembering facts relevant to performing in these domains

She no longer recognizes a Van Gogh, but can tell you how to prepare a watercolor palette.

She can't recall a single famous composer, but knows the purpose of a viola's bridge.

She hasn't flown a plane since 2007, when viral encephalitis destroyed her hippocampus, the part of the brain used to form new memories and retrieve old ones. And she couldn't describe a single trip she's ever taken. But in detail, she'll list the steps needed to keep a plane from stalling and where to find the rudder controls.

For an artist with amnesia, the world takes place through her pencil

Johns Hopkins University cognitive scientists say the sharp contrasts in this patient's memory profile—her inability to remember facts about pursuits once vital to her life as an artist, musician, and amateur aviator, while clearly remembering facts relevant to performing in these domains—suggest conventional wisdom about how the brain stores knowledge is incorrect.

Conventional wisdom about memory firmly separates declarative knowledge—memories about facts—from memories for skills, or "muscle memory." For instance, a severe amnesiac with muscle memory might never forget how to ride a bike, but probably couldn't recall anything about the Tour de France. But because skilled performance, like playing music or flying airplanes, requires much more than mere muscle memory, and because this patient retained it despite losing most other aspects of her declarative memory, researchers conclude this type of skill-related declarative knowledge is different.

"There is such a contrast between her not being able to tell us anything about her former life and not being able to tell us anything about many aspects of art and music that she once knew well, but when we ask her to tell us how to do a watercolor, she is articulate and full of detail," said Barbara Landau, professor of cognitive science at Johns Hopkins. "How can you talk about this knowledge of 'how to' as distinct from declarative knowledge? It is declarative knowledge."

The findings are now available online and are due to appear in an upcoming issue of the journal Cognitive Neuropsychology.

Before her illness, Lonni Sue Johnson, 64, was an accomplished artist whose portfolio included six New Yorker covers. She was also an amateur violist who played in orchestras and chamber groups and a licensed single-engine airplane pilot who flew more than 400 flights and owned two planes. Her illness left her with severe brain damage and catastrophic memory impairment, including severe losses of memory about her previous life and severely restricted ability to learn new facts.

To determine whether Johnson's "skill-related" memory was preserved despite extensive losses in memory for general world knowledge, the team tested her on her memory for facts related to performing four of her former top skills—art, music, aviation, and driving. They gave the same tests to people of similar age and experience in those areas, as well as to people with no experience in them.

The oral tests, of about 80 questions each, covered information about the techniques, equipment, and terminology involved in performing the various skills. They included things like "How might one remove excess paint when painting with watercolor?" and "How should one touch the strings of an instrument to produce a harmonic?"

In art and driving, Johnson scored nearly as high as experts taking the test. In music and aviation, she did not perform as well, but knew considerably more than the novices.

"Although Johnson had not created watercolors, had not flown a plane, and had not driven since her illness, she could still describe how one would go about carrying out these activities," said Johns Hopkins cognitive scientist Michael McCloskey. "These findings suggest that skill-related knowledge can be spared even with dramatic losses in other kinds of knowledge." 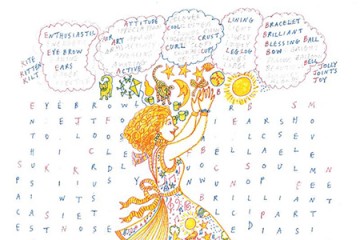 Puzzles of the brain 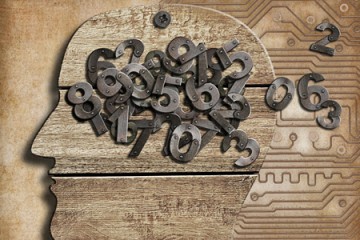 A man with no past