In February, a Florida man was found unconscious in a Palm Springs, Calif., motel room and woke up with no memory of his past, speaking only Swedish. He identified himself as Johan Ek, though he carried a driver's license and other forms of ID that identified him as 61-year-old Michael Boatwright.

Doctors diagnosed Boatwright with Transient Global Amnesia, a rare condition that prevents the formation of new memories, likely triggered by emotional or physical trauma. The mysterious case garnered international interest earlier this week following a report in The Desert Sun of Palm Springs detailing Boatwright's condition and efforts to learn more about him.

Jason Brandt, a professor of psychiatry and neurology at the Johns Hopkins University School of Medicine, spoke with Southern California Public Radio about what can trigger amnesia and what happens in the brains of people dealing with amnestic episodes.

Brandt describes two types of amnesia—organic, or neurologic, amnesia that results from damage to the brain, and less common functional, or psychogenic, amnesia, which describes Boatwright's condition.

"This type of amnesia really is very rare," Brandt told radio station KPCC. "There are a handful of such cases that appear in the literature every year. In these patients, there really is no indication of anything wrong with the brain. And so it's not a neurologic disorder; it is fundamentally a psychiatric disorder.

"It's usually caused by some kind of extreme stress that is difficult for the person to deal with," Brandt adds. "That is the typical formulation. An extremely traumatic or stressful situation can trigger an inability of the person to retrieve information that is stored in their memory. There is nothing wrong with the hardware, if you will. But it's a temporary inability to access it. ... The event or events are so stressful and so difficult that they are essentially excluded from consciousness." 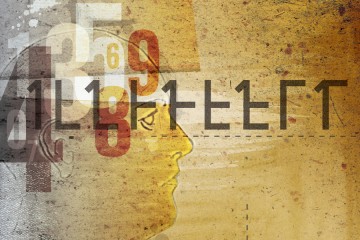 Tricking the brain to read