Do health awareness days have an impact on our behavior?

Take a glance at the calendar: World Autism Awareness Day is just around the corner. As are World Health Day, World Lupus Day, and many more. One federal catalog lists 212 separate health-focused awareness days.

Health awareness days are ubiquitous. But does dedicating a day to a serious disease or to healthy living habits actually make a difference? That's been difficult to determine because traditional methods, like telephone surveys, usually aren't effective in gauging the effect of a single event occurring on a single day. A recent review of awareness days, for instance, found virtually no evidence of their impact. 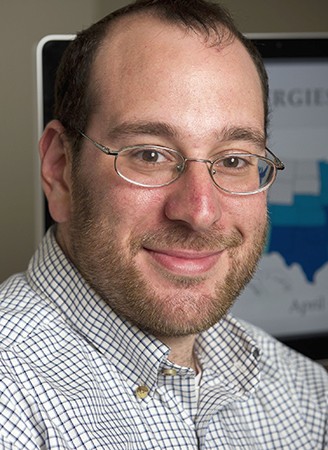 But a new study published Thursday in JMIR Public Health and Surveillance by researchers from Johns Hopkins University and other institutions used big data analyses to confirm that at least one annual health awareness day does indeed trigger behavior among many of the people who hear about it.

The team of public health and computer science experts measured the impact of the Great American Smokeout, a long-running awareness event held annually on the third Thursday of November to promote smoking cessation.

Reviewing data collected since 2009, the team analyzed news reports on smoking cessation and tweets encouraging cessation emerging from the United States to see if the Great American Smokeout's message was heard and shared. Then they checked whether Americans engaged with that message by seeking resources on Google and Wikipedia to aid smoking cessation, or by calling quitlines that offer live counseling on how to quit.

Cessation-related Google searches, like "help quit smoking," typically increased by 25 percent on the Great American Smokeout, with visits to the Wikipedia cessation page and calls to quitlines typically increasing by 22 and 42 percent, respectively. This public engagement with smoking cessation translated into about 61,000 more instances of unique Google searches, Wikipedia visits, and calls to quitlines annually than expected.

The portion of the research at Johns Hopkins was supervised by Mark Dredze, an assistant research professor in JHU's Department of Computer Science. He said the advent of the big data era not only had an impact on the team's ability to understand awareness days, but also potentially increased their impact.

"For the first time in history, the public can access and share information immediately and instantaneously engage in improving their health via their smartphones, as we observed," said Dredze, the data architect and a co-author of the study.

He added that this research showcases an effective new method for teasing out the impact of awareness days with big data.

"This strategy allowed us to observe how awareness days typically unfold in both the media and in the minds and actions of individuals," said study co-author Benjamin Althouse, who earned his doctorate in 2013 from JHU's Bloomberg School of Public Health. "We can track how a cessation message moves across news and social media, and ultimately how the public reacts by seeking out additional information on how to quit."

Althouse, currently a research scientist at the Institute for Disease Modeling and the Santa Fe Institute, was lead analyst for the study.

First author of the study was John W. Ayers, a research professor at San Diego State University Graduate School of Public Health who earned his doctorate in 2012 from the Bloomberg School.

"The Great American Smokeout is having a significant impact that far eclipsed our expectations for awareness days," Ayers said. "But just as important, our study shows how we can rapidly and efficiently evaluate hundreds of awareness days, many for the first time."