By reviewing tweets from users who publicly mentioned their diagnosis and by looking for language cues linked to certain disorders, the researchers say, they have been able to quickly and inexpensively collect new data on post-traumatic stress disorder, depression, bipolar disorder, and seasonal affective disorder.

In research presented at three scientific conferences this year, the scholars described how their techniques of mining public data have yielded fresh numbers on cases of these illnesses, allowing for analyses that were previously difficult or expensive to obtain. The scholars emphasize, however, that their findings do not disclose the names of people who publicly tweeted about their disorders.

Their goal, the researchers say, is to share with treatment providers and public health officials timely additional information about the prevalence of certain mental illnesses. Using computer technology to sift through tweets, they say, can help address the slow pace and high costs associated with collecting mental heath data through surveys and other traditional methods.

"With many physical illnesses, including the flu, there are lots of quantifiable facts and figures that can be used to study things like how often and where the disease is occurring, which people are most vulnerable, and what treatments are most successful," says Glen Coppersmith, a Johns Hopkins senior research scientist who has played a key role in the project. "But it's much tougher and more time-consuming to collect this kind of data about mental illnesses because the underlying causes are so complex and because there is a long-standing stigma that makes even talking about the subject all but taboo.

"We're not aiming to replace the long-standing survey methods of tracking mental illness trends," adds Coppersmith, who is affiliated with the university's Center for Language and Speech Processing and its Department of Applied Mathematics and Statistics. "We believe our new techniques could complement that process. We're trying to show that analyzing tweets could uncover similar results, but could do so more quickly and at a much lower cost."

Earlier this year, Coppersmith, with Johns Hopkins colleagues Mark Dredze and Craig Harman, presented two papers describing their methods at professional conferences in Baltimore and Ann Arbor, Michigan Also, in August at the Joint Statistical Meetings in Boston, Coppersmith and colleagues from the U.S. Naval Surface Warfare Center spoke about their promising early results in an ongoing study that uses Twitter posts to study mental illness in particular geographic areas.

Their analyses indicate that PTSD is more prevalent at military installations that frequently deployed during the recent Iraq and Afghanistan conflicts, and that signs of depression were more evident in locations with higher unemployment rates. While neither of these findings is surprising, they demonstrate that analyzing Twitter posts could become a useful yardstick in quickly measuring mental health trends, particularly after dramatic events such as natural disasters and military conflicts.

The computer algorithms used to collect mental health data from tweets look for words and language patterns associated with these ailments, including word cues linked to anxiety and insomnia, and phrases such as "I just don't want to get out of bed." The formula for zeroing in on mental health cases was based on a review of more than 8 billion tweets. The technique is built upon earlier Johns Hopkins work led by Dredze that successfully used Twitter posts to track outbreaks of the flu.

"Using Twitter to get a fix on mental health cases could be very helpful to health practitioners and governmental officials who need to decide where counseling and other care is needed most," says Dredze, an assistant research professor in the Whiting School of Engineering's Department of Computer Science. "It could point to places where many veterans may be experiencing PTSD, for example, or to towns where people have been traumatized by a shooting spree or widespread tornado damage."

The idea has begun to generate some positive attention. After a recent conference presentation on the team's social media research, an August editorial in the Boston Globe stated "Twitter is, apparently, the quiet therapist to whom we reveal much more than we realize. As such, it could be a valuable public-health tool. More work needs to be done in considering how such information could be used while still preserving privacy, but it's an inquiry worth pursuing."

A recent Newsweek article on new high-tech methods of tracking mental health trends also quoted Coppersmith. "Mental health is something that has touched every single one of us at some point in our lives, whether it's a personal experience or watching family or friends go through it," he said. "I don't know how you can't attack this problem. This is the one everyone should care about."

In November, the Johns Hopkins team hosted a 48-hour hackathon, bringing together scholars from six universities and a handful of industry partners to foster collaboration and innovation on these topics. The hackathon was organized to prepare for the second Computational Linguistics and Clinical Psychology Workshop, which will be held in Denver next spring in conjunction with the 2015 Conference of the North American Chapter of the Association for Computational Linguistics. Coppersmith and Dredze will serve on the program and organization committee, which is headed by a previous Johns Hopkins post-doctoral researcher, Margaret Mitchell, now at Microsoft Research. 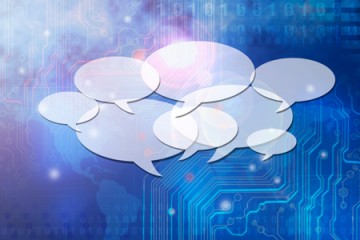 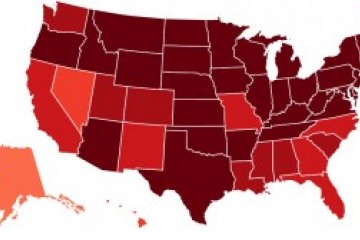