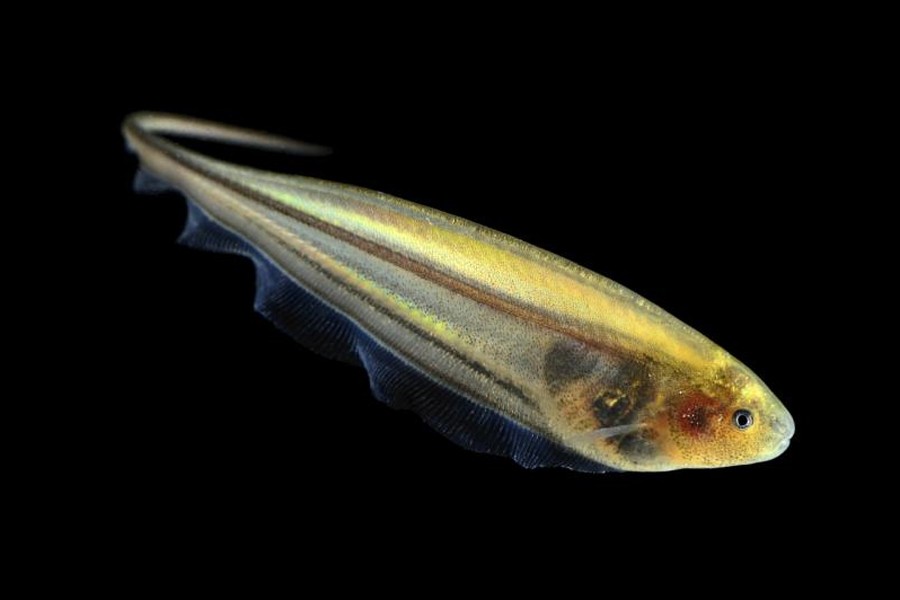 A quirk of nature has long baffled biologists: Why do animals push in directions that don't point toward their goal, like the side-to-side sashaying of a running lizard or cockroach? An engineer building a robot would likely avoid these movements because they seem wasteful. So why do animals behave this way?

A multi-institutional research team, led by Johns Hopkins engineers, says it has solved this puzzle. In an article published in the Nov. 4-8 online edition of Proceedings of the National Academy of Sciences (PNAS), the team reported that these extra forces are not wasteful after all: they allow animals to increase both stability and maneuverability, a feat that is often described as impossible in engineering textbooks.

"One of the things they teach you in engineering is that you can't have both stability and maneuverability at the same time," said Noah Cowan, a Johns Hopkins associate professor of mechanical engineering, who supervised the research. "The Wright Brothers figured this out when they built their early airplanes. They made their planes a little unstable to get the maneuverability they needed."

When an animal or vehicle is stable, it resists changes in direction. On the other hand, if it is maneuverable, it has the ability to quickly change course. Generally, engineers assume that a system can rely on one property or the other—but not both. Yet some animals seem to produce an exception to the rule. "Animals are a lot more clever with their mechanics than we often realize," Cowan said. "By using just a little extra energy to control the opposing forces they create during those small shifts in direction, animals seem to increase both stability and maneuverability when they swim, run or fly."

Cowan said this discovery could help engineers simplify and enhance the designs and control systems for small robots that fly, swim, or move on mechanical legs.

The solution to the animal movement mystery surfaced when the scientists used slow-motion video to study the fin movements of the tiny glass knifefish. These fish, each about three inches long, prefer to hide in tubes and other shelters, a behavior that helps them avoid being eaten by predators in the Amazon basin, the natural habitat of these shy fish. In a lab, the team filmed the fish at 100 frames per second to study how they used their fins to hover in these tubes, even when there was a steady flow of water in the fish tank.

"What is immediately obvious in the slow-motion videos is that the fish constantly move their fins to produce opposing forces. One region of their fin pushes water forward, while the other region pushes the water backward," said Eric Fortune, a professor of biological sciences at the New Jersey Institute of Technology who was a co-author of the PNAS paper. "This arrangement is rather counter-intuitive, like two propellers fighting against each other."

The research team developed a mathematical model that suggested that this odd arrangement enables the animal to improve both stability and maneuverability. The team then tested the accuracy of their model on a robot that mimicked the fish's fin movements. This biomimetic robot was developed in the lab of Malcolm MacIver, an associate professor of mechanical and biomedical engineering at Northwestern University and a co-author of the PNAS paper.

"We are far from duplicating the agility of animals with our most advanced robots," MacIver said. "One exciting implication of this work is that we might be held back in making more agile machines by our assumption that it's wasteful or useless to have forces in directions other than the one we are trying to move in. It turns out to be key to improved agility and stability."

The mutually opposing forces that help the knifefish become both stable and maneuverable can also be found in the hovering behavior of hummingbirds and bees, in addition to the glass knifefish examined in this study, said senior author Cowan, who directs the Locomotion in Mechanical and Biological Systems Lab within Johns Hopkins' Whiting School of Engineering.

"As an engineer, I think about animals as incredible, living robots," said study's lead author, Shahin Sefati, a doctoral student advised by Cowan. "It has taken several years of exciting multidisciplinary research during my PhD studies to understand these 'robots' better."

Other co-authors on the paper were Izaak D. Neveln and James B. Snyder, both Northwestern doctoral students in the Neuroscience and Robotics Laboratory supervised by MacIver; Eatai Roth, a former Johns Hopkins doctoral student now at the University of Washington; and Terence Mitchell; a former Johns Hopkins postdoctoral fellow now at the Campbell University School of Osteopathic Medicine.

This research was supported by three grants from the National Science Foundation, and by a grant from the Office of Naval Research. 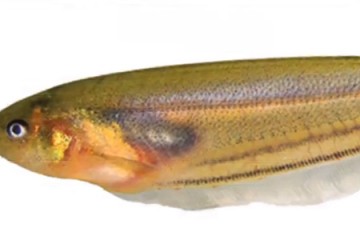 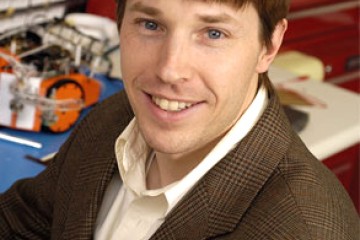 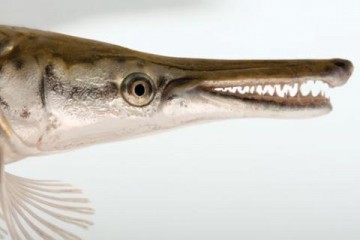 Published Summer 2012
We can't talk with the animals. But by observing their most awe-inspiring traits, we can learn enough from them to create new medicines and robots. / Johns Hopkins Magazine