Johns Hopkins University astronomer Holland Ford received NASA's Distinguished Public Service Medal on Thursday for his outstanding contributions to the Hubble Space Telescope. The award is NASA's highest form of recognition, presented to someone who has made a profound impact on the success of a NASA mission. 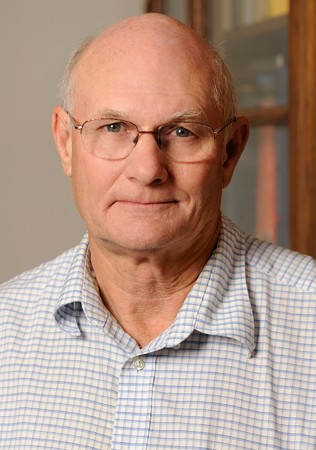 Ford's involvement in the Hubble mission began years before the telescope's launch in 1990. He was a co-investigator on the Faint Object Spectrograph (FOS), one of Hubble's first-generation instruments. When scientists discovered the telescope's flawed primary mirror shortly after Hubble's deployment, Ford assumed a lead role in organizing the panel that developed a solution for improving Hubble's performance. The panel recommended the development of the Corrective Optics Space Telescope Axial Replacement (COSTAR) to sharpen Hubble's blurred vision. Installed during the first servicing mission to Hubble in 1993, COSTAR returned the space telescope's vision to its pre-launch expectations, ensuring that it would meet its primary science goals.

Besides developing Hubble instruments, Ford and his FOS colleagues also made important discoveries with the space telescope. His Hubble observations helped provide the first evidence for the existence of supermassive black holes in the cores of most galaxies.