A seat at the table

In December 1933, representatives from the 19 members of the Pan-American Union met in Uruguay and signed a treaty called the Montevideo Convention on the Rights and Duties of States. The treaty defined a sovereign state among the signatories, as well as what a state's rights and obligations are. Mexico, one of the attending countries, came to the conference prepared to rethink financial policies. The Great Depression demonstrated growing economic interdependence among nations, and some form of international cooperation was required. Problem was, a number of South American countries were concerned that the U.S. would use its economic might. Mexico's team argued that finance norms favored the powerful and private enterprise over debtor nations and less robust economies. 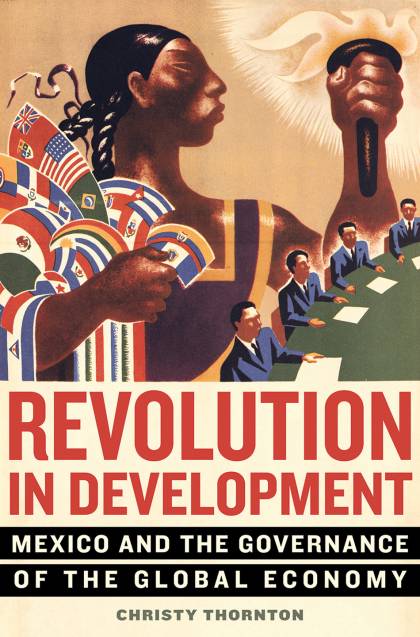 Johns Hopkins sociology Assistant Professor Christy Thornton spends an entire chapter on Mexico's diplomacy leading up to and during the 1933 conference in Revolution in Development, and she argues that its suggestions radically redefined the idea of debt and credit. Under Mexico's 1917 constitution, property belongs to the nation, not to individuals, meaning that property owners have obligations to the community and nation. Mexico's delegation argued that international finance was also based on an international social relation and, as Thornton writes, a new conception of credit "should be based in that same interdependence and solidarity."

Revolution in Development is a history of international finance, covering the 1930s through the early 1970s, as seen through the policy­making eyes of Mexican officials. It wrestles with subjects such as currency stabilization, foreign debt, and the interconnections between domestic economic development and foreign policy—subjects that general readers may skip over. Like Miranda Priestly charting the origins of a lumpy cerulean sweater in The Devil Wears Prada, however, Thornton shows how Mexican policy ideas from decades ago influence and shape global economic development today.

The book is an eye-opening primer for understanding how a Global South country like Mexico can shrewdly and dramatically impact global financial thinking.