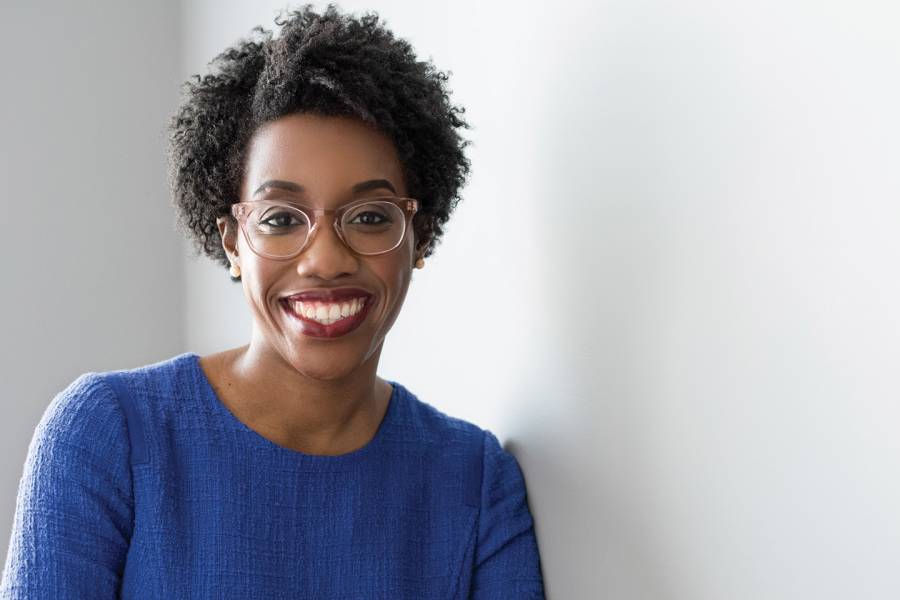 Lauren Underwood, a public health nurse in suburban Chicago, has monitored her heart condition since she was a child. Insurance coverage for her supraventricular tachycardia, a pre-existing condition, was at risk in 2017, when her Republican congressman voted for the American Health Care Act. That's when Underwood, Nurs '09 (MS/MPH), decided to run against him. "I knew I couldn't stand by and let that happen," says Underwood, who previously worked in the Department of Health and Human Services during former President Barack Obama's administration. "I spent my 20s working to implement [the Affordable Care Act] that transformed our health care system and provided coverage for millions of Americans, and I really believe deeply in that mission."

At 32, she became the youngest African-American woman elected to Congress, representing Illinois' 14th District in the most diverse House in American history. "The work I'm embarking on is an extension of my nursing practice, an opportunity to ensure that millions and millions of Americans have high-quality health care coverage so that they can lead healthy, productive lives," she says.

Johns Hopkins Magazine caught up with Underwood to discuss her historic election, her background in nursing, and what she's learned in Congress so far.

What have you been working on since being elected?

We get seven weeks from Election Day to swearing-in day, and of those seven weeks, three were spent at orientation—two in Washington and one in Boston at the Institute of Politics at Harvard University. In D.C., it was an opportunity to do some administrative work—learning how to vote, meeting your new colleagues—teaching you how to be a representative but not any kind of in-depth policy conversations. We got that at Harvard. And then we spent four days in Williamsburg, Virginia, after swearing-in, to talk about writing legislation and that process.

This weekend I had open #IL14 office hours. We stayed for three hours and chatted with every single person who took the time to come. It was so great to hear from so many of you! More events are in the works—I'll be in every corner of our community ready to hear from YOU!

I'm really taking advantage of opportunities [as they come along]. I ran for an elected position among my freshman class on the Democratic Steering and Policy Committee, the committee that helps guide policies coming out of the different caucuses. [Editor's note: House Speaker Nancy Pelosi announced Underwood as a member of the Committee on Education and Labor in January.]

I was a big part of drafting the freshman letter that we released at the very beginning of December outlining our goals and requests relating to policy, process, and productivity of Congress so that we could have an opportunity to work on the issues that are most important to our voters. We're trying to find the right path [to have] some directional input and influence over the agenda in this upcoming Congress.

So I really took this transition period to work on some priorities, to try and figure out how we can be more impactful with health care, how we increase the productivity of the Congress. There really is a sense, at least in my community, that it's kind of been a do-nothing Congress. And families, certainly in the Midwest, can't necessarily feel the positive impact of having elected folks every two years. My goal is to make sure that people in my community understand what we've been up to and how it helps them. That work starts now.

The other thing is, the days of politics as usual are done. It's very much been an old boys' club. Congress, from the founding days of our country, has been an elite institution only accessible to wealthy white landowners. Now we have, literally, the most diverse Congress in history. At 32 years old, I'm not the youngest member of Congress.

Graduates from Johns Hopkins University go on to great things. Learn more about them here.

But I am the youngest black woman ever elected to Congress, and we know how much representation matters. But we want to make sure that by the way we do the work we're able to lift up Congress as a model employer, an institution that allows for the things that we say we believe. If we believe in a $15 minimum wage, we should be paying our interns that amount. If we believe in state family leave, we should be offering state family-leave policies. If we believe that employees should be able to work free of sexual harassment, abuse, and assault, then we should govern ourselves accordingly. And so that, to me, is really important—to make sure that Congress is working that way as well.

What can we, as citizens, do to fight for equitable access to health care?

We need your help in order to get laws through the House. There's not uniform agreement, even within the Democratic caucus, about health care. In the Senate, we need to be making sure that they are willing to take up these important policies and ultimately that there is enough pressure on the president, by which I mean sustained advocacy so that the White House is clearly hearing how important health care is to families all across our country. So that when we send forward a bill that will affect the Affordable Care Act, or expand health care coverage, or modernize and upgrade pipelines for our health care workforce, the president will sign the bill. Right now, none of those things is a given.

We have a Democratic majority in the House. And that's wonderful—we all fought really hard to win these seats. But the Senate remains a challenge. So if you share my concerns about health care, that it is a core value of our institutions, then we need to continue to raise our voices and support these important policies over the course of the next two years. We can't let health care be reduced to just a spending bill. It's not a value proposition. This is life or death for so many people.

People often don't quite understand the broad scope of the many roles nurses play in everything from infectious disease outbreaks to drinking water research to administration and policy advocacy. So if you had to explain it to somebody, what makes nurses awesome?

We have the ability to take care of individuals, families, small communities, large communities, and entire populations. We do that with the same core skill set, which is grounded in evidence-based, data-driven decision making, grounded in a real commitment to caring for the physical, mental, spiritual, and psychosocial well-being of whatever individual or population we're working with. And we do that with a commitment to ensuring that, as a result of our intervention, that individual or population is on a pathway toward better health and well-being.

That's the core; there's a lot of flexibility in how that gets done. We know that nursing is a growing profession, but there remain significant shortages in certain practice settings around the country. And we know that we really are the glue that keeps our system functioning at all levels.

We often, however, don't get the recognition for our contributions, or for our leadership, quite candidly. In my mind, it's not about saying, Let's always highlight every single nurse's accomplishments, but I do think it's worth lifting up the collective impact [of nurses], and making sure that when we consider the opportunities when we transform our health care system, we continue to have a strong and robust pipeline so that we can continue to grow the nursing profession and make sure that our treatment centers around the country have access to the expertise that these brilliant individuals provide. 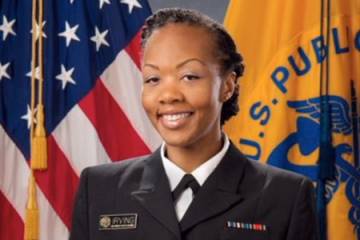