News and notes from university faculty

The university has announced the appointments of its 27th and 28th Bloomberg Distinguished Professors. Sabine Stanley, a planetary physicist, focuses on magnetic fields as a means of studying the interiors of planets, even those light-years away from our solar system. Her appointment bridges the Department of Earth and Planetary Sciences in the Krieger School of Arts and Sciences and the Space Exploration Sector of the Applied Physics Laboratory. She joins Johns Hopkins from the University of Toronto. Rachel Green, a professor in the Department of Molecular Biology and Genetics in the School of Medicine and a Howard Hughes Medical Institute investigator, is an expert on the ribosome. In addition to continuing her work at Medicine, she will have new teaching responsibilities in the Krieger School's Department of Biology.

Nitu Kitchloo and Chikako Mese, both professors of mathematics in the Krieger School, are among the 40 mathematicians across the country who were awarded 2017–18 Simons Fellowships. The program supports researchers' academic leaves, from one term to one year. 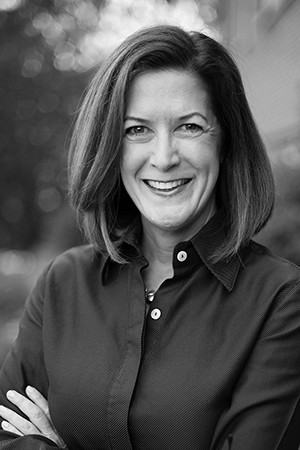 Hollis Robbins, director of the Center for Africana Studies in the Krieger School and Humanities chair at Peabody, was named a 2017–18 Delta Delta Delta Fellow at the National Humanities Center in Research Triangle Park, North Carolina. She plans to use the year to complete her book Forms of Contention: The African American Sonnet Tradition, under contract with the University of Georgia Press.

Lester Spence, an associate professor of political science and Africana studies in the Krieger School, was awarded the Provost's Prize for Faculty Excellence in Diversity, which recognizes a full-time faculty member who has made scholarly or creative contributions related to diversity. The award brings a $50,000 honorarium. Tilak Ratnanather, an associate research professor in the Department of Biomedical Engineering in the Whiting School of Engineering and the School of Medicine, has been named runner-up and will receive a $10,000 award.

Matthew Green, an assistant professor in the Whiting School's Department of Computer Science, received a five-year CAREER award from the National Science Foundation. He plans to use the $500,000 grant to further his work in secure messaging systems.

In its rankings of Best Graduate Schools for 2018, U.S. News & World Report lists Johns Hopkins' biomedical engineering program—run jointly by the Whiting School and the School of Medicine—as No. 1, a spot long held, though this year shared with the Massachusetts Institute of Technology. The Whiting School moves up two spots from last year, into a tie for 19th with Northwestern University. The School of Medicine remains third for research-focused medical schools, though no longer in a three-way tie. The School of Nursing slips one notch, from No. 1 to No. 2, behind Duke University. The School of Education slips to sixth from a tie for second last year.

Antony Blinken has joined the Foreign Policy Institute at the School of Advanced International Studies as the Herter/ Nitze Distinguished Scholar. He has held senior foreign policy positions in two U.S. administrations over three decades, including, most recently, deputy secretary of state. 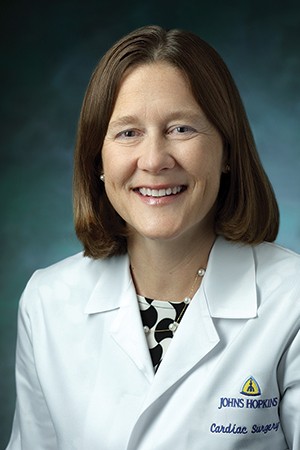 Jennifer Lawton has been named head of Medicine's Division of Cardiac Surgery. The first woman to hold the position, Lawton was previously associate chief of the division. She also is director of both the Cardiac Surgery Research Laboratory and the cardio-thoracic fellowship training program.

Peabody composer Oscar Bettison has been named a 2017 Guggenheim Fellow. He was one of 173 fellows selected from an applicant pool of almost 3,000. Bettison works with what he calls "Cinderella instruments"—new percussion instruments he develops, such as his wrench xylophone, or other instruments he reimagines, including tuning forks he used in a composition.

Alan Cohen's book Pediatric Neurosurgery: Tricks of the Trade (Thieme, 2016) has won first prize in the category of Textbook/Clinical Medicine in the PROSE Awards given by the Association of American Publishers. Cohen is a professor of pediatric neurosurgery and director of the Division of Pediatric Neurosurgery in the School of Medicine.

Tener Veenema, an associate professor in the Department of Acute and Chronic Care in the School of Nursing, received a 2017 Visiting Fulbright U.S. Scholar Award. Through the award, she is teaching and conducting research at the Royal College of Surgeons in Ireland. 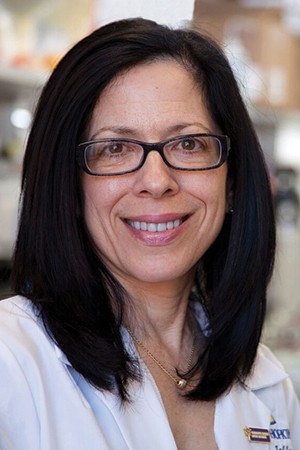 Elizabeth M. Jaffee, a professor in Medicine and the deputy director of the Sidney Kimmel Comprehensive Cancer Center, as well as of the Institute for Clinical and Translational Research, has been named president-elect of the American Association for Cancer Research. She will begin her one-year term in 2018.

Jason T. Perlioni has been appointed vice president for investments and chief investment officer, responsible for investing and managing more than $6 billion in endowment and other assets for the university and hospital.