A future faculty member—Yannis Kevrekidis, who will join JHU's Department of Chemical and Biomolecular Engineering on July 1 from Princeton—and award-winning writer Chimamanda Ngozi Adichie, who earned her master's degree from Johns Hopkins University's Writing Seminars in 2004, are also among the honorees. 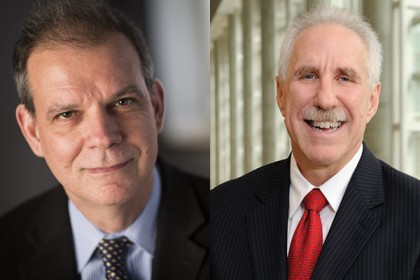 The honorary society's 237th class includes some of the world's most accomplished scholars, scientists, writers, and artists, as well as civic, business, and philanthropic leaders. The new class will be inducted at a ceremony on Oct. 7 in Cambridge, Massachusetts. A full list is available online.

Casadevall has appointments in the School of Medicine and the Bloomberg School of Public Health, where he chairs the Department of Molecular Microbiology and Immunology. His work focuses on the microbes that cause disease, and how the immune system defends itself. He's spent more than two decades studying the fungus Cryptococcus neoformans, which in the 1980s killed about 10 percent of AIDS patients in the United States and is still a major cause of death in Africa. He joined the Johns Hopkins faculty as a Bloomberg Distinguished Professor in March 2015.

Adichie—who spoke at JHU's Homewood campus in February as part of the Foreign Affairs Symposium—is the author of several books, including the critically acclaimed Americanah, for which she won a National Book Award in 2014.

Founded in 1780, the American Academy of Arts and Sciences is one of the country's oldest learned societies and independent policy research centers, convening leaders from the academic, business, and government sectors to respond to the challenges facing—and opportunities available to—the nation and the world. Members contribute to Academy publications and studies in science, engineering, and technology policy; global security and international affairs; the humanities, arts, and education; and American institutions and the public good.

Members of the 2017 class include winners of the Pulitzer Prize and the Wolf Prize; MacArthur Fellows; Fields Medalists; Presidential Medal of Freedom and National Medal of Arts recipients; and Academy Award, Grammy Award, Emmy Award, and Tony Award winners.