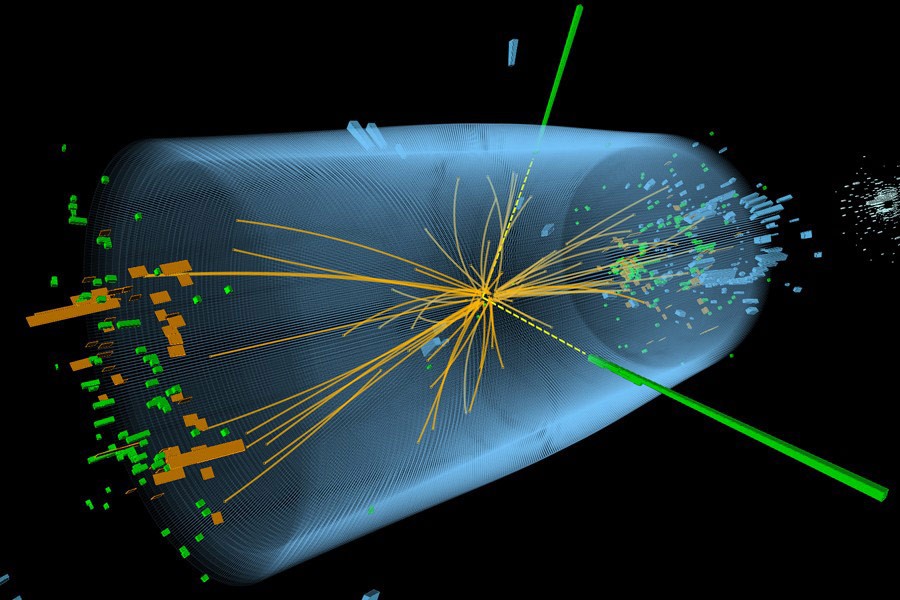 Johns Hopkins University physicists are celebrating the roles they played in the confirmation of the Higgs boson, the so-called God particle predicted almost 50 years ago by Peter Higgs and François Englert, whose 2013 Nobel Prize in physics was announced Oct. 8.

Johns Hopkins researchers were members of one of two collaborations conducting the Higgs hunt at the Large Hadron Collider, the world's largest particle accelerator, located in Geneva, at CERN: the European Organization for Nuclear Research.

Andrei Gritsan, an experimental physicist and associate professor in the university's Henry A. Rowland Department of Physics and Astronomy, was a member of the CMS (Compact Muon Solenoid) collaboration and co-leader of a group that investigated one of the most promising avenues to revealing how Higgs could be found and studied.

"The challenge was to actually 'see' the Higgs bosons once they are created," says Gritsan, who worked alongside more than 2,000 other scientists and researchers on the project, which culminated in July 2012 with scientific confirmation that the Higgs boson exists.

"One aspect is to make the scientific instrument, the CMS detector in our case, as precise as possible," Gritsan says. "With my team at Hopkins and leading a group of several experts, I developed the methods to precisely focus the key system of the detector, the silicon tracking system. Also, with my team, we developed the methods to extract maximum information from the relative angles and momenta of Higgs boson traces. This gave us confidence at the time of discovery and later to call what we see a Higgs boson."

In reviewing the data from the collider, researchers knew a graph with a bump in it would indicate strong evidence that it had produced the elusive Higgs boson. The Higgs boson, first proposed in the 1960s by Higgs, a Briton, and Englert, of Belgium, was needed to fill in the largest gap in the Standard Model, the leading theory in fundamental particle physics. Its existence would signify the existence of a field that permeates all space and imbues the matter in the universe with mass.

"It all changed in an instant; it was an emotional moment, and it left no doubt that we had something big," Gritsan says.

Also contributing to this historic confirmation of the particle's existence were four other Johns Hopkins Physics and Astronomy professors: Morris Swartz, whose work focuses on the development of radiation-hard silicon pixel sensors; Petar Maksimovic, who works on signatures of the physics beyond the Standard Model of elementary particles; Bruce Barnett, who was a member of the team that discovered a top quark at Tevatron; and Barry Blumenfeld, the leader of a widely distributed system to provide database information to remote computer nodes.

"This was truly amazing teamwork where people with different backgrounds, nationalities, and ages came together with a common goal and nothing else mattered," Gritsan says. "There were no country boundaries when it came to sharing of ideas, technology, computers, or the data."

David Kaplan, a theoretical physicist at Johns Hopkins, was so fascinated by the Large Hadron Collider and the work of CMS that he produced a documentary on the subject. Particle Fever is currently making its way through the film festival circuit and is receiving positive reviews from industry insiders.

The film highlights the work of six devoted scientists as they attempt to re-create conditions that existed just moments after the Big Bang. Particle Fever was recently screened at the New York Film Festival and had its North American debut at the Telluride Film Festival in Colorado. 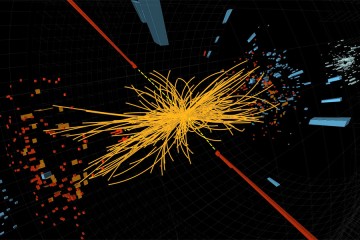 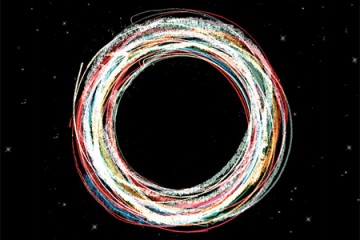