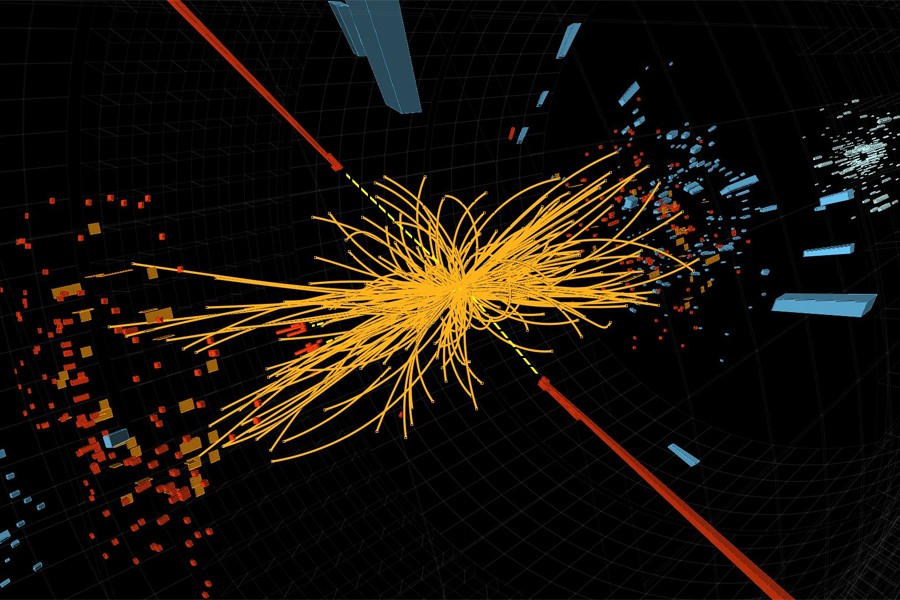 The tentative confirmation this week of the existence of the Higgs boson, the so-called "God particle," was made possible in part by contributions from physicists at The Johns Hopkins University, who are members of one of two teams conducting experiments at the Large Hadron Collider in Switzerland.

On Thursday, CERN, the the European Center for Nuclear Research, said that the particle discovered last summer appears to be the elusive Higgs boson, the particle predicted by British physicist Peter Higgs that is believed to give elementary particles their mass.

The Johns Hopkins team includes experimental physicist Andrei Gritsan, an associate professor in the Department of Physics and Astronomy, who belongs to the CMS (Compact Muon Solenoid Experiment) collaboration and is co-leader of a team investigating one of the most promising channels revealing how the Higgs could be found and studied.

The Johns Hopkins team made a very significant contribution to the discovery of this boson last summer, Gritsan said, and now to the measurement of its properties. The two teams at the Large Hadron Collider are using techniques developed and suggested by the Johns Hopkins experts to identify the properties of the new boson, such as its spin, parity, and related properties.

"In just one channel with two Z-bosons alone, we prove that the chance of a mistake to see a new particle is less than one in a hundred billion," Gritsan said. "With such an amazing precision, everything looks exceedingly consistent with this particle being the Higgs boson, such as 99.8 percent confidence in excluding opposite parity (property in the mirror reflection) or more than 99 percent exclusion of the suspect models with non-zero spin. It all points to the property of vacuum, which is filled with the all-penetrating Higgs field, where the boson is simply its excitation created in the laboratory. Our past, present, and future depend on the properties of this field, and we are still to understand all the implications of this grand discovery and to study in detail this new form of matter-energy never known before."

The CERN announcement coincides with the release of research results at the Moriond conference, a weeklong gathering of physicists taking place in Italy through Saturday. Andrew James Whitbeck, a member of Gritsan's research team and a graduate student in the Department of Physics at Johns Hopkins, was scheduled to make a presentation there titled "Measurements of Higgs Boson Properties in CMS" on Thursday.