The buzz is building for Particle Fever, a documentary produced by Johns Hopkins University professor David Kaplan that highlights one of the most audacious ventures in modern science, the planning and construction of the Large Hadron Collider. The film will be screened twice at the New York Film Festival, one of the most prestigious in the country. 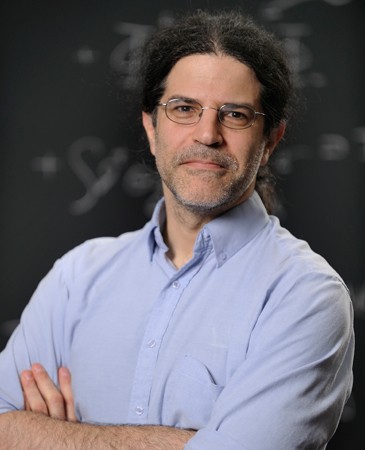 The documentary gives viewers an up-close look at a significant scientific breakthrough as it is happening. The LHC is an almost 17-mile tunnel beneath the France-Switzerland border in which physicists smash tiny particles into one another at high speeds to test theories of particle physics and high-energy physics. The full-length feature film follows six scientists as they attempt to recreate conditions that existed just moments after the Big Bang in hopes of explaining the origin of all matter.

"The intensity of the scientists we follow is palpable," Kaplan said. "You see, once you start, you can't stop. Particle physics is addictive, like puzzles are to some people. These are just the greatest puzzles of all time, literally."

The New York Film Festival, formed in 1963 by the Film Society of Lincoln Center, is considered an essential launch pad for compelling independent and mainstream movies to find distributors, generate industry buzz, or capture the attention of movie audiences. The festival is in its 51st year and will run from Friday through Oct. 13.

For Particle Fever, the showing in New York is the second prestigious North American festival booking this year. In late August, the film was shown at the Telluride Film Festival in Colorado.

"The goal all of these years was to produce something that would appeal beyond the scientifically literate—to tell the emotional and very human story behind scientific discovery," Kaplan said. "I can't tell you how excited we are that we've made it into these mainstream and prestigious festivals."

Kaplan, a theoretical physicist who studies dark matter, supersymmetry, and the properties of the Higgs particle, has been consumed with the LHC for about a decade. His passion for the project led him to the film's director Mark Levinson, a particle physicist turned filmmaker, and film editor Walter Murch, a member of the Johns Hopkins Class of 1965

"Mark came in at an early stage and has been an invaluable partner," Kaplan said. "We complement each other perfectly—my weaknesses are his strengths, and vice versa. And his schooling in particle physics allowed him to jump in at full speed. Walter joined the project two years ago, and he is a genius. What a privilege it has been to collaborate with him and watch him work."

Murch is an esteemed Hollywood film editor and sound designer who has worked on some of the most timeless and evocative movies in film history, including Apocalypse Now, The English Patient and The Godfather trilogy. His book, In the Blink of an Eye: Perspectives on Film Editing, with a forward written by famed director Francis Ford Coppola, is considered the seminal text on movie editing and an industry must-read, Kaplan said.

While the exposure Particle Fever is receiving at film festivals may help it find a distributor, Kaplan said fundraising has gone so well that he and the team of editors, producers, and scientists that worked on the film are positioned to get it into theaters without a traditional distributor. The team is also considering screening the documentary at science festivals.

"We are prepared to distribute the movie ourselves early next year if we can't find [a distributor]," he said. "There's actually a greater return on investment if we do it ourselves."